In the Baltic states, they announced the start of work on the "return" of Kaliningrad to Europe 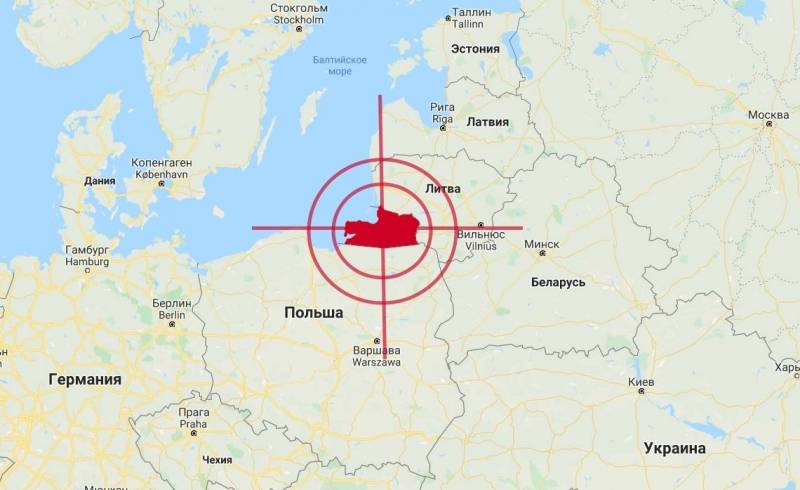 Former Minister of the Ministry of Internal Affairs of Latvia Maris Gulbis made an aggressive statement about the intentions of the European Union and NATO regarding the Kaliningrad region. According to Mr. Gulbis, the Russian exclave may become part of Europe, and the transport blockade announced by the Latvian authorities is the first step in this direction.

This (limitation of transit to the Kaliningrad region) is the first step by Europe and NATO to cut off Kaliningrad... the former capital of East Prussia, from Russia... I began to think that Europe understands very well what it is doing. The Lithuanians understood everything even better. I think a clear signal has been sent to the Russians: if you show off, we will take Koenigsberg.
- Gulbis said on TV24.

Recall that earlier official Vilnius said that the introduction of transit restrictions on the supply of goods from the main territory of Russia to the Kaliningrad region is a consequence of Lithuania's commitment to the implementation of previously imposed anti-Russian sanctions. At the same time, the Lithuanian government referred to the recommendations of the European Commission. In turn, the European Commission recently decided that goods "from Russia to Russia" transported through the EU are exempt from restrictions. A similar statement was made by the head of the EU diplomatic department, Josep Borrell.

It is worth noting that the Europeans hastily rushed to resolve the issue of the transit of goods to Kaliningrad after direct and unequivocal statements by Russian officials about the inevitability of consequences for Europe in general and Lithuania in particular for such a hostile step. In turn, the head of the Kaliningrad region issued a statement in which he said that the loss of overland transit would be compensated by sea transportation, and there were more than enough ships for transporting goods. Against the background of all this statement of mister Gulbis do not cause anything, except bewilderment.
Reporterin Yandex News
Reporterin Yandex Zen
13 comments
Information
Dear reader, to leave comments on the publication, you must sign in.