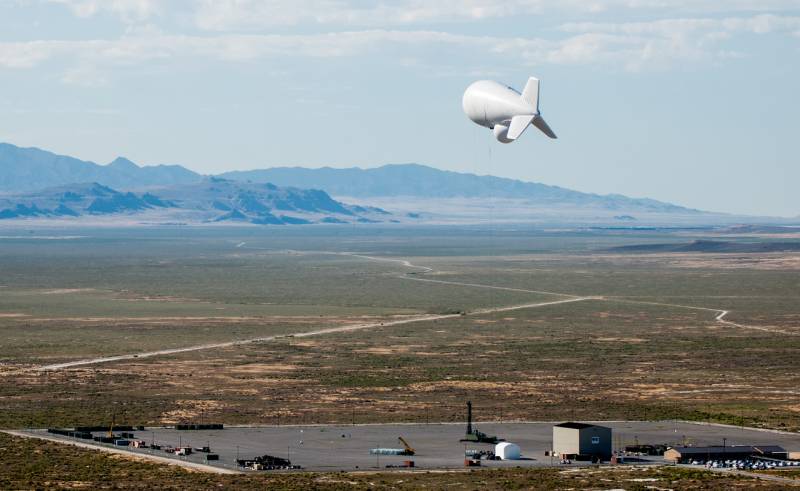 The ever-increasing frequency of successful attacks by Ukrainian aviation, manned and unmanned, on Russian territory makes many think about the real effectiveness of domestic air defense / missile defense systems and argue about what will better cover the borders, the Pantsir-S1 air defense missile system, the Tor air defense system, or the promising " Derivation-air defense "? In fact, all our air defense systems are good in their own way, the problem lies not in them, but in the "eyes and ears".


As we have detailed disassembled Earlier, one of the most serious shortcomings of the Russian army and navy, which, alas, fully affected the course of hostilities, was the lack of modern AWACS aircraft, as well as the complete absence of AWACS UAVs. It is not enough to have a huge strike power, the enemy must first be seen in a timely manner and promptly give him accurate target designation data. As a temporary solution to the problem, while the domestic military-industrial complex is mastering the production of the A-100 Premier aircraft, we even offered to purchase a batch of light carrier-based AWACS aircraft in China, which would really allow to “plug holes” in the intelligence of the Russian Aerospace Forces, the Russian Armed Forces and the Russian Navy. But there is at least one more option, not much worse, but in some ways even better.

What are the key requirements for a "flying radar"? It must have a large radius of action and flight range, stay in the air for a long time and carry powerful radar equipment. An airplane seems to be the optimal solution, a UAV is a compromise, but how about adapting an airship or other balloon for this?

At first glance, in our age of high speeds and long-range missiles, an airship may seem like some kind of atavism: it is too slow, large and vulnerable. But this is only at first glance. Such an aircraft has a lot of advantages over an airplane or helicopter.

Secondly, as a vehicle that does not need a long equipped runway, it has no price when delivering goods to remote regions with poorly developed infrastructure.

Fourthly, airships have great potential as life-saving equipment, for example, at sea.

Fifthly, these aircraft can be very widely used in purely military applications. This should be discussed in more detail.

For example, an airship can be used as a mobile carrier for air-launched cruise missiles and even ICBMs. If you hang it somewhere in Siberia or Yakutia under the cover of an air defense / missile defense umbrella, then from its own airspace it will be able to deliver missile strikes and quickly relocate to another position. The airship can also accommodate a powerful electronic warfare system that will crush enemy electronics from long distances. And, what is especially interesting for us, airships are a very promising platform for turning into a mobile airborne AWACS system and even air defense.

There is nothing exotic in this idea; on the contrary, in the 70s, a special unit JAPO (Joint Aerostat Project Office) was created in the United States, which was engaged in the development of reconnaissance systems placed on balloons. For the needs of the North American air defense system NORAD, huge 30-meter unmanned AWACS airships were developed, which were supposed to hang for 24 days at an altitude of up to 740 kilometers and detect flying Russian missiles at a distance of up to 90 km. During the tests, it turned out that, despite the seeming archaic design, such devices are extremely tenacious and do not fall like a stone when they hit them. On the contrary, they smoothly descend due to the fact that they are divided into segments inside and filled not with hydrogen, but with helium. In the United States, the project did not come to fruition only because in the late XNUMXs Russia seemed to the Americans to have finally “pacified” and knelt down. Despite this, a huge AWACS airship can still be seen over the Utah desert.

The airship can be at an altitude of 10 feet. The airborne radar is capable of tracking aircraft, cruise missiles, boats up to 100 miles away, and the area around the mountain.
The aircraft is free in the air from 1 week to 1 month, held by cables, its radio-electronic equipment receives power from the ground through cables. The efficiency is much higher than that of an AWACS aircraft and, even more so, than that of an AWACS helicopter. How can this be useful to us?

The fact that on the basis of airships and other balloons it is possible to create a network of air reconnaissance complexes along the Ukrainian (and not only) border, which will continuously monitor the situation deep into the territory of Nezalezhnaya, controlling all flights of its Air Force and missile launches, issuing operational target designation data of the Russian Aerospace Forces, the Armed Forces Russian Federation and Russian Navy. With appropriate modernization, even anti-aircraft missiles can be placed in the gondola.

In the future, military airships can become not only stationary, but also unmanned, remotely controlled. Such aircraft are capable of conducting long-term air patrols of the extremely long Russian borders. At the same time, there is nothing fantastic in such a technical solution, everything is quite realistic.
Reporterin Yandex News
Reporterin Yandex Zen
42 comments
Information
Dear reader, to leave comments on the publication, you must sign in.