OilPrice: US LNG exports to China collapsed, and Russia has a new dependence 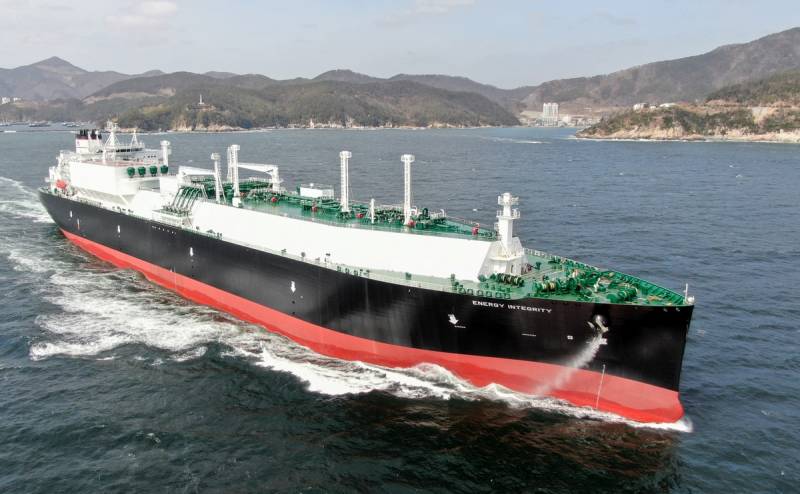 Recently, Washington has been inefficiently correcting its own mistakes. By destabilizing the energy market around the world, instead of the proposed ban on oil and gas supplies from the Russian Federation, the United States has achieved an intensification of sales of raw materials and a large income for the Russian budget. Now Washington is desperately trying to correct its own oversight. But it doesn't come out too well. This is written by a specialized industry resource OilPrice.


A little earlier, the White House had already made a similar mistake, which led to similar consequences. As European LNG buyers sweep away shipments from the United States in a race to replace pipeline gas supplies from Russia, America has become a major supplier to the EU (apart from Russia), with sales to China reduced to a few minor shipments this year. Chinese LNG imports from the US literally collapsed by a record 95% between February and April compared to the same period in 2021. Meanwhile, Chinese gas imports from Russia jumped 50%, according to local customs data cited by The Wall Street Journal.

At the same time, as resource experts note, the Russian Federation is losing market share in Europe and gaining it in Asia, especially with regard to China. In some way, the usual markets for Russian energy resources are being replaced by Asian ones, and this may lead to the same new painful dependence of the Russian Federation on exports, as in the case of Europe.

However, global energy trade flows are changing dramatically, and this is likely to be forever. Europe will not return to Russian energy and is on an irreversible path to rid itself of dependence on Russian oil and gas, which Western allies believe are doing not only economic role.

Banned, sanctioned and shunned in the West, the RF is now looking to the East to sell its energy. However, analysts warn that Russia, with no other choice, could become too dependent on China, especially for gas sales. OilPrice analysts are sure of this.

So far, things are not going well for the US. On the one hand, American traders have long-term contracts with Chinese companies for LNG supplies in 2023-2026. However, before the start of the implementation of the agreements, Russia will already have time to capture part of the market.
Reporterin Yandex News
Reporterin Yandex Zen
11 comments
Information
Dear reader, to leave comments on the publication, you must sign in.