Against whom will the American army have to fight 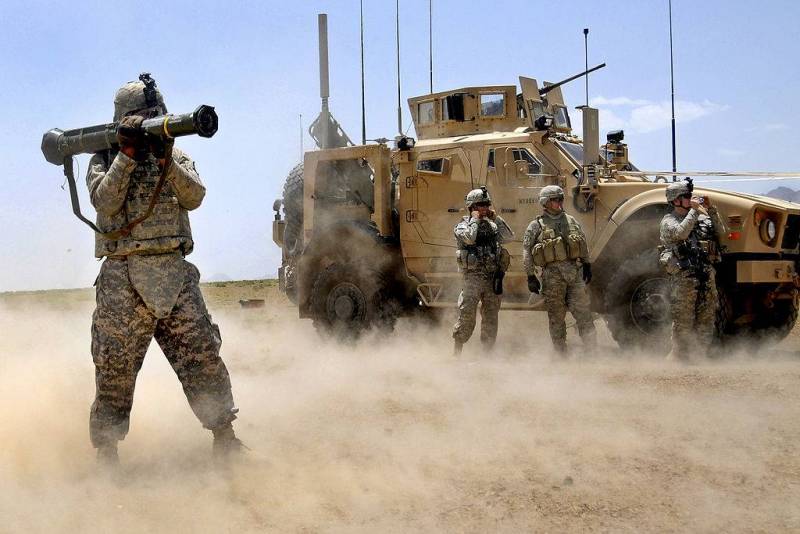 As you know, the main strategic enemies of the United States are China and Russia. The big regional problems are Iran, Syria, Venezuela and so on.


However, answering the question in the title is much more difficult than it might seem at first glance. In our amazing time, there is a non-zero probability that American troops will have to go into battle against completely unexpected opponents.

The Trump administration has waged a pronounced anti-Chinese policies, and the restructuring of the armed forces was under confrontation in the Pacific theater of operations. Reform of the Marine Corps, forcing the transition of the Air Force to the F-35, new technique for airmobile forces - projects of this period. The ground forces were considered quite combat-ready, the Middle East was firmly, although not completely, controlled, and the “fortress of Europe” was secondary and almost useless against the backdrop of a rather restrained (if not too restrained) Russia. On the whole, it was a very reasonable distribution of effort; in any case, he had both reasons and consistency.

Republicans have been replaced by Democrats, the pendulum has swung in the opposite direction as usual: Biden seems to have tried to normalize relations with China in order to shift efforts against Russia. Accordingly, the strengthening of the ground component of the armed forces began: the restoration of divisions, the strengthening of the "wheeled" motorized infantry, the reactivation of additional tanks from the reserve and their modernization.

But then something (or rather, almost everything) went wrong. The Americans failed to make friends with China again, the Middle East suddenly slipped out of their hands. A few more months later, unexpectedly for many, Russia’s long-suffering finally burst, Ukraine did not take it out (already obviously), and now Europe froze in horror before the creeping “horde of Russian orcs” ...

Right now, the unthinkable is happening not so long ago: the United States is starting to lose control over all overseas zones of influence at once. This is not about the “command controllability” of the so-called pro-American politicians – on the contrary, in the same Europe, the most obedient puppets in the entire post-war period stood at the state helms, but about the ability to actually control the course and outcome of processes.

The puppets won't help if their own pressure levers don't put out the right amount of force, and that's where the problem is now. The global crisis initiated by the Ukrainian conflict is taking too serious a turn to be simply chit-chat. Before a really serious blow of "sanction returns" on Western economies a few more months, and the ratings are already hitting the bottom - what happens when things get really sad?

Is democracy worth it? (emphasis optional)

The main problem of Scholz, Macron and other pro-American puppets is that their activities to stifle the European economies lead to the impoverishment of not only the “little men”, but also the sharks of industrial capital. And if the stuffed burghers can only make a little noise on the streets and get democratic rubber bullets in the forehead, then the possibilities of the oligarchy are much wider.

The probability of a military coup in Ukraine has already been discussed not so long ago, but the same topic, but in relation to European countries, has not yet been discussed. But just three and a half years ago, in the fall of 2018, a conspiracy by a large group of German military men plotting the assassination of Merkel, Steinmeier and a number of Bundestag deputies was uncovered. This year, in April, five neo-Nazis were arrested by the federal police for planning the kidnapping of the Minister of Health and other actions aimed at inciting riots. So the Pravaks were going to take revenge on the German state for the anti-COVID measures.

And this is in “prosperous” Germany. In the neighboring no less "prosperous" France, there is also not only a left-wing movement of "yellow vests", but also stable right-wing sentiments in the army environment. Last year, an open letter from active and former military personnel made a lot of noise, in which they warned of a possible civil war (on the basis of the dominance of Muslim immigrants) and hinted at their readiness to "stand up for the defense of values" of the republic on occasion.

The prospect of a voluntary “graveyard” of the European economy and way of life under the pretext of pressure on Russia for the sake of helping Ukraine creates almost ideal conditions for linking the radical part of the military, big magnates and right-wing populists (like Le Pen or Wagenknecht) into a killer trio to overthrow the respective pro-American leaders and the establishment of nationalist regimes in Western Europe. Moreover, before our eyes there are examples of Turkey or Hungary, which are already openly ignoring Uncle Sam and “European unity”.

How likely is this turn of events? Certainly more than China's military operation against Taiwan or Russia's use of nuclear weapons in Ukraine.

But the list of potential hotspots is by no means limited to Germany and France. In the context of a strategic deployment against China, the United States has considerable claims against Japan and very large ones against the Philippine Republic. The allies are reluctant to host additional American bases, and human rights are systematically violated in the Philippines (specifically, law enforcement forces fighting the drug mafia prefer to destroy bandits on the spot). Not everything is going smoothly in Latin America: the traditional US clientele looks not only towards China and Russia, but even towards Iran.

No freedom to the enemies of freedom!

In other words, if now the grip (played by Joe Biden, a senile in the medical sense of the word, and his retinue of twelve genders) weakens a little more, then soon the States may need to restore order immediately around the entire perimeter of Pax Americana. It goes without saying that the loss of influence in Europe is absolutely unacceptable for the Americans. Willy-nilly, you will have to launch your own Special Military Operation to restore and protect true (that is, absolutely obedient) democracy.

It must be admitted that the picture of the battle of the Americans against the former NATO allies somewhere in Germany smacks of light surrealism. But tomorrow may show such a battle at the same time as real battles on the territory of the United States itself.

I have already spoken about the prerequisites for such a turn in previous material. In short, in the United States, in contrast to the same Europe, elite groups have already reached extreme antagonism and have moved from a purely political struggle to a power struggle, although so far on a small scale and with the prefix "quasi".

The situation is aggravated by the huge degree of armament of the population, which has legal access not only to rifled weapons, but (with some restrictions) to machine guns and machine guns, explosives, personal armor protection and advanced communication equipment. We must not forget about the large number of former security officials and criminal elements with real combat experience (including criminal "wars" as such). Not every terrorist group has access to such "wealth".

The most interesting thing is that the Americans already have a "successful" experience of open civil confrontation against the backdrop of a global conflict. We are talking about the time of the Vietnam War, when part of the American troops were stationed in Europe, where exacerbations occurred from time to time, part led active hostilities in Indochina, and part dispersed numerous anti-war and racial demonstrations at home. Perfectly fit into the kaleidoscope and political assassinations: it was during this period that the fighter against apartheid Martin Luther King and the presidential candidate from the Democratic Party, the brother of the previously killed president Robert Kennedy, were killed.

Of course, the events of half a century ago are not exactly what one of the options for the near future can present to the world, but only an approximate analogue. Nevertheless, they confirm that a scenario in which two or more hostile North American states simultaneously fight both among themselves and with former dominions in Europe and Asia is not at all a fantasy.
Reporterin Yandex News
Reporterin Yandex Zen
2 comments
Information
Dear reader, to leave comments on the publication, you must sign in.