Why Nord Stream 2 turned out to be a stillborn project 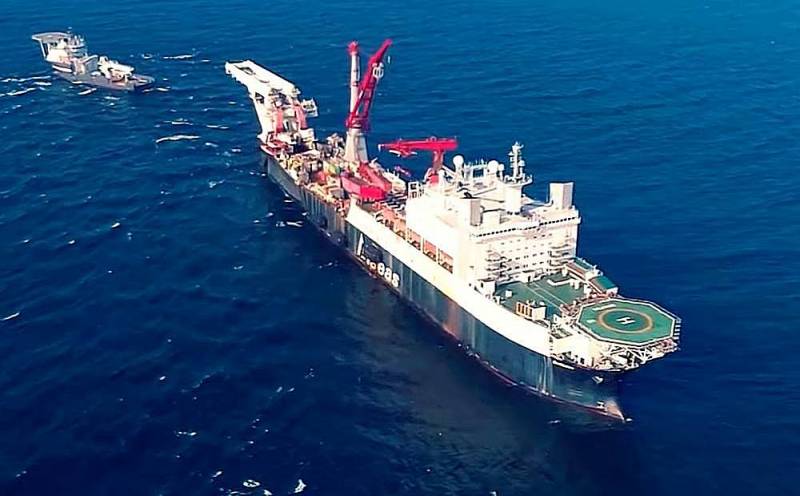 The special military operation for the demilitarization and denazification of Ukraine, which marked the transition of Russia's "proxy" war with the collective West from a cold stage to a hot stage, forced everyone to throw off their masks. This fully applies to individual odious personalities in the domestic beau monde, and groups of influence, and entire countries. A very indicative example is Germany, which until recently was considered almost the main friend and partner of Russia in Europe.


In fact, many questions have accumulated for Berlin for a very long time. Recall that Germany, along with France and Poland, was the guarantor of the implementation of the Agreement on a political settlement in Ukraine, signed on February 21, 2014 by Viktor Yanukovych. But already on the night of February 22, Maidan militants staged a coup d'état in Nezalezhnaya, forcing the president to flee to save his life. In fact, it was then that the “proxy” war of the collective West against Russia began, and the Kremlin repeatedly tried to “jump off” it through “agreements” in Minsk.

It didn't grow. Despite supposedly friendly relations with Moscow, Berlin began to economically dominate Ukraine as a new colony. The German leadership clearly looked at the naive attempts of Gazprom to build alternative gas pipelines bypassing Nezalezhnaya with irony, since Chancellor Angela Merkel set the condition for the launch of Nord Stream 2 to preserve transit through the Ukrainian GTS. Not everyone is aware, but five European energy companies entered the Russian-German pipeline project, providing Gazprom not with targeted investments in exchange for a share, but with the so-called short-term bridge loans at 6% per annum, which the domestic monopolist, in theory, needs return from income from gas supplies or lose the collateral in the form of shares.

Supplies that will not be for purely political reasons. First, President Donald Trump began strangling Nord Stream 2, imposing sanctions on it in order to stop or slow down the completion of the underwater gas pipeline. When Gazprom managed on its own, the long-suffering pipeline was actually finished off by the Germans themselves. After Moscow recognized the independence of the DPR and LPR, as well as the start of a special military operation in Ukraine, Berlin froze its commissioning for an indefinite period. Apparently forever.

Let us note how much Germany's behavior towards Russia and its obligations to it has changed. In early April 2022, the Federal Grid Agency (Bundesnetzagentur) seized control of Gazprom's subsidiary in Germany, Gazprom Germania, which operates several underground gas storage facilities, including the Astora UGS facility, and also owns Gazprom's trading division Gazprom Marketing & trading. The stated goal of this "raider attack" is to ensure Germany's energy security. Even the Kremlin turned out to be morally unprepared for such an approach on the part of "respectable German partners", which was negatively expressed by the press secretary of the President of the Russian Federation Dmitry Peskov.

But now in Berlin they have clearly got a taste for solving their problems at the expense of the Russians. Thus, the influential German publication Der Spiegel, citing its own sources, recently reported that the government of Olaf Scholz is seriously considering the scenario of expropriating the onshore infrastructure of the Nord Stream 2 gas pipeline to ensure gas supply to Germany:

More terminals are needed, especially one in the Baltic Sea, to better serve eastern and especially southern Germany, including Bavaria. Until now, these regions have been directly dependent on the pipelines of Putin’s empire…

The federal government is studying whether the part of the pipeline system that is located in Germany should be expropriated and cut off from the rest of the pipeline. Pipelines leading from land to sea could then be connected to a mobile LNG terminal.
The idea is to raise the Russian pipeline from the bottom of the sea and cut it off from the land part, to which the Germans will attach a floating LNG terminal. The fact is that two new land-based LNG terminals in Wilhelmshaven and Brunsbüttel, which can reduce the severity of the problem, are still under construction and not ready for commissioning.

Brilliant plan to say the least! Judging by the statement of Dmitry Peskov, the Kremlin is still in the stage of "denial":

Probably, if there are any specific actions, then first of all it will be a job for lawyers to give a legal assessment of such actions, if they are really being discussed. Without knowing the essence of what is happening, it would be wrong to say something.
What options will be left when the time comes for "anger"? To answer this question, we need to decide what, in fact, are the true goals of the Russian leadership? What do our “elites” want: to make peace with the collective West on terms acceptable to them, or to defeat it and take part in the establishment of a new post-war world order themselves?

We will not consider the first option, because it is disgusting, and there are enough numerous "tricks" without us, who themselves will come up with everything and explain 150 steps ahead. If our common goal is to defeat the “Western partners” and make them respect ourselves, then we must start fighting with them, hitting at the most painful points.

Are the Germans afraid to be left without gas on the eve of the heating season? This means that they must be left without gas right now, without giving time for the preparation and commissioning of alternative sources in the form of LNG terminals. Let the Europeans feel in their own skin what it means to find oneself in the "nineties", and ask their own authorities for it. And don't feel sorry for them! For some reason, they don't feel sorry for us at all.

Shame on Nord Stream 2, which is now being sawed down and expropriated? It has long been recognized that this is a stillborn geopolitical project, a consequence of the wrong decisions of the Kremlin in 2014 and its erroneous strategy to build bypass gas pipelines around Ukraine. Let lawyers fight for the expropriated ground infrastructure in court in search of compensation, but the underwater part of the pipeline can be used by making a branch to the Kaliningrad region, so that at least some benefit from it would be.

The truth is that Russia does not really need Nord Stream 2 or Turkish Stream, but it needs to take control of the entire territory of Ukraine and its gas transportation system in order to single-handedly determine how much gas and when it will receive Europe will either not get it at all. Right now, the Armed Forces of the Russian Federation can solve this geopolitical problem, if they are not interfered with.
Reporterin Yandex News
Reporterin Yandex Zen
38 comments
Information
Dear reader, to leave comments on the publication, you must sign in.