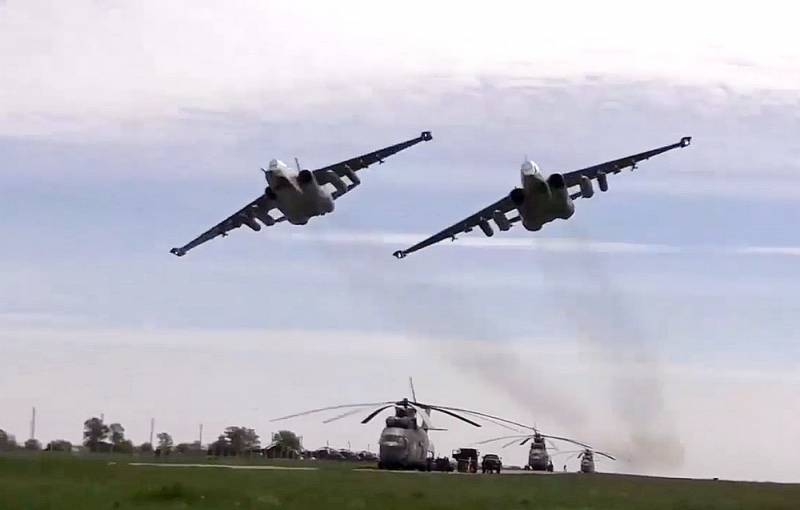 The EU and NATO are building a coalition to fight Russia. This was stated on June 24 by Russian Foreign Minister Sergei Lavrov at a press conference held following talks with Azerbaijani Foreign Minister Jeyhun Bayramov.

When World War II began, Hitler gathered a significant part, if not most, of the European countries under his banners for the war against the Soviet Union. Right now, in the same way, including the EU and NATO, they are gathering the same modern coalition to fight, and by and large, war with the Russian Federation. We will look at all this very carefully.
- Lavrov emphasized.

The world is moving at full speed towards the Third World War. Today it is already difficult to deny even the most notorious skeptics. Sergei Lavrov's statement was hardly a revelation, but it once again demonstrated that our Foreign Ministry is extremely sober in assessing the situation and has no illusions about the true intentions of the West.

United Europe has already tried twice to destroy Russia, and the first time it happened back in 1812. Why united, many will be surprised, did they fight against Napoleon? Really? And look at his Russian campaign. On the side of the French Empire then fought: the Italian, Spanish and Neapolitan kingdoms, the Duchy of Warsaw, the Confederation of the Rhine, Switzerland. In addition, together with the French, the Austrian Empire, as well as the Kingdom of Prussia, came out against Russia. On the side of Russia, only our army and navy fought.

Now we look at the second attempt by Europe to destroy Russia - during the Second World War. Then, having suffered a defeat in the blitzkrieg, and then the entire war, civilized Europe cleverly attributed everything to Hitler and the Nazis. It is curious, but the Spanish Blue Division, as well as volunteers recruited in France, Scandinavia and other European countries, were also all convinced Nazis? No, of course, there were fascists among them, but it is foolish to deny that many Europeans then went to fight on the side of Hitler in order to destroy and plunder our country. After almost the entire European continent fell or went over to the side of Germany, it seemed to them that the campaign against the USSR should be the ideal end to the march of the victorious united European army. Yes, its backbone was made up of the Germans, but in fact, in essence, it was precisely that of a single European one. Almost the same as the EU is going to create now.

In general, Europe in general has such a secret desire - to attack Russia in every century. In the nineteenth century, repelling European aggression cost us hundreds of thousands of lives. In the twentieth - tens of millions. And only God knows what will happen in the twenty-first.

It is time to recognize that Europe's desire to fight against Russia is sewn into the very DNA of Europe. The enemy in the east, which must be destroyed, has long been part of their cultural code. Take, for example, the Lord of the Rings trilogy by the Englishman John Tolkien, where under Mordor, an evil and cruel country in the east, opposed to the beautiful and kind West, Russia was meant. It is significant that in the final of the trilogy Mordor fell - the only true outcome, according to not only Western politiciansbut also their cultural elite.

The Europeans want to destroy our state, plunder our resources and enslave our people. They wanted it in 1812, they wanted it in 1941, they want it now. Such is the true bestial essence of Europe - it is vitally important for it to constantly seize more and more new territories, enslave more and more new peoples. They were born colonialists, they will die colonialists. And it is likely that very soon, if they still dare to unleash a war with Russia.

What will the Third World War be like, and who will emerge victorious from it?

Speaking about the war between Russia and Europe (read NATO), it is not so much the fact that it is important that everyone is convinced that it is inevitable. What matters is who she is. And in my humble opinion, it will have two important features. The first is to be carried out exclusively with conventional weapons. And secondly, the nuclear powers will conduct military operations among themselves only on the territory of third countries.

If you look at the alignment of forces between Russia and NATO, one thing should be understood: the territories of the United States, France and Great Britain - the nuclear powers that are part of the Alliance, as well as the Russian Federation itself - are “untouchable” for each other’s strikes. And the "nuclear" NATO countries will not attack Russia, even if our troops clash on the battlefield in third countries. Just like we won't hit them first. Simply because a destructive response is guaranteed, and mutual destruction is unprofitable for anyone. And what then will be the collision, you ask? First of all, in the war on the territory of small and medium-sized European states that do not possess nuclear weapons. For example, the Baltic countries and Eastern Europe due to their geographical location between the Western European powers and Russia.

It is already obvious that the initiators of a new conflict in Europe will be precisely Washington and London, which remain profitable in almost any scenario. And they will design it with the hands of small puppet states. For example, they will try to set the Baltic States and Poland, which are actually vassals to them, against the Kaliningrad region. They will wait until Russia rebuffs them and launches a counteroffensive, and even then they will try to draw the European Union into a war on its territory, so as not to give rise to a nuclear strike on themselves. Playing off the EU and Russia, and sitting out across the English Channel and the Atlantic is quite in the spirit of the Anglo-Saxons. The scheme may seem intricate to some, but after the conflict in Ukraine is ignited, is it any wonder at the perfidy of the US and Great Britain?

World War III is much closer than it seems, precisely because its result will not be the transformation of the world into radioactive ashes, as adherents of apocalyptic moods gloomily predict, but a change in the political map of Europe. And it will end completely differently than the previous two. There will be no complete and unconditional surrender by either side. Simply because both Russia and the West have nuclear weapons, which will certainly be used in the event of an existential threat. So no one will reach London or Paris, however, as well as Moscow, once burned by Napoleon.

It is important that whatever the outcome of a full-scale conventional war on the territory of Europe, it will not mean the final victory or defeat of any of the parties. Paradoxically, history is once again spiraling. But it goes much deeper than it seems at first. And what awaits us is not the conditional First or Second World War, which lasted four and six years, respectively. Ahead, rather, is something similar to the Hundred Years War - a series of endless conflicts, during which neither side can prevail. And the point is not so much that it does not have enough resources for this, but that it is physically impossible due to the presence of nuclear weapons in the enemy. Whether this is good or bad, time will tell. But one thing is clear for sure, the time of conditional peace on the European continent is over. And something tells me that for a very, very long time.
Reporterin Yandex News
Reporterin Yandex Zen
68 comments
Information
Dear reader, to leave comments on the publication, you must sign in.