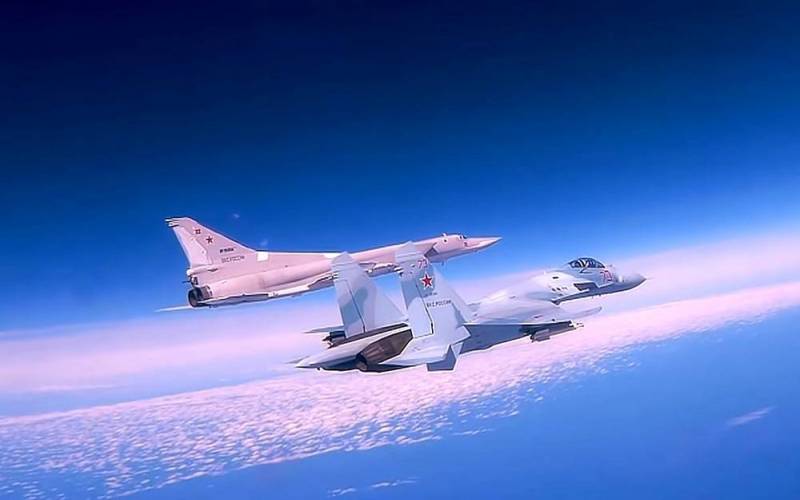 On June 25, Ukrainian information resources and officials reported that during the night and in the morning, the Russian Armed Forces launched a staggering number of missile strikes on the country's infrastructure. They confirm that military facilities in a number of Ukrainian regions came under fire.


The Ukrainian side claims that there has never been such a large-scale attack. Launches and arrivals of dozens of missiles of the RF Armed Forces were recorded in the Lvov, Zhytomyr, Khmelnytsky, Chernihiv, Kyiv, Nikolaev, Odessa, Dnepropetrovsk and Kharkov regions. Some of the missiles were fired by bombers of the Russian Aerospace Forces from the airspace of Belarus. It is specified that these planes flew into the Republic of Belarus from Russian territory, and near the Ukrainian border they fired off air-launched missiles and turned in the opposite direction.

Also, an increased activity of Russian aviation was noted, which is located directly at the Belarusian air bases. In addition, they also talk about launches of missiles of the Iskander OTRK family from the Belgorod region of the Russian Federation and Caliber missiles from the Black Sea by ships of the Russian Black Sea Fleet.

Intensive shelling of Ukraine today is a diversionary maneuver of the Russian Federation. The enemy is trying to prevent the transfer of units of the Armed Forces of Ukraine to the hottest areas - to the Donetsk and Luhansk regions
- considers the speaker of the Odesa OVA Sergey Bratchuk.

The mayor of Zhytomyr, Sergei Sukhomlin, said in a video message that the Russians launched at least 24 missiles in the vicinity of the regional center.

Nothing arrived in Zhytomyr itself, military facilities around the city were fired upon. Missiles were launched from the territory of Belarus
- said the functionary.

At the same time, the head of the Zhytomyr OVA, Vitaly Bunechko, wrote in his blog that about 30 missiles from Belarus were fired in the region. Air defense managed to shoot down 10 ammunition, but as a result of the shelling there are "minor damage to the military infrastructure." One soldier was killed and another was wounded.

The Sever operational command issued a communiqué stating that 20 rockets were allegedly fired at the Desna (there is a large military training center there) in the Chernihiv region in the morning. Infrastructure facilities were destroyed, previously without casualties.

The head of the Lviv OVA, Maxim Kozitsky, reported to residents that the Russians launched a missile attack on a military facility in the region in the morning. Arrivals were recorded in the Yavorovsky district. According to preliminary data, air defense managed to shoot down 2 missiles, and 4 flew to their targets. Below is a video from the Lviv region.


Mayor of Nikolaev Alexander Senkevich noted the arrival of 6 missiles from the sea.


The chairman of the Khmelnytsky OVA, Serhiy Gamaly, said in a video that 2 rockets were shot down over the region in the morning. The fragments of one fell in the forest in the Kamenetz-Podolsk region, and the other - in the rural garden of one of the communities of the Khmelnytsky region. There were no dead or wounded.

There were no arrivals in Dnipro (formerly Dnepropetrovsk), but local residents report seeing a glow at night and hearing a strong explosion in the distance.


Residents of Kyiv also recorded possible arrivals in the Ukrainian capital or the suburbs closest to it.