The EU abandoned the blockade of Kaliningrad: about the reasons 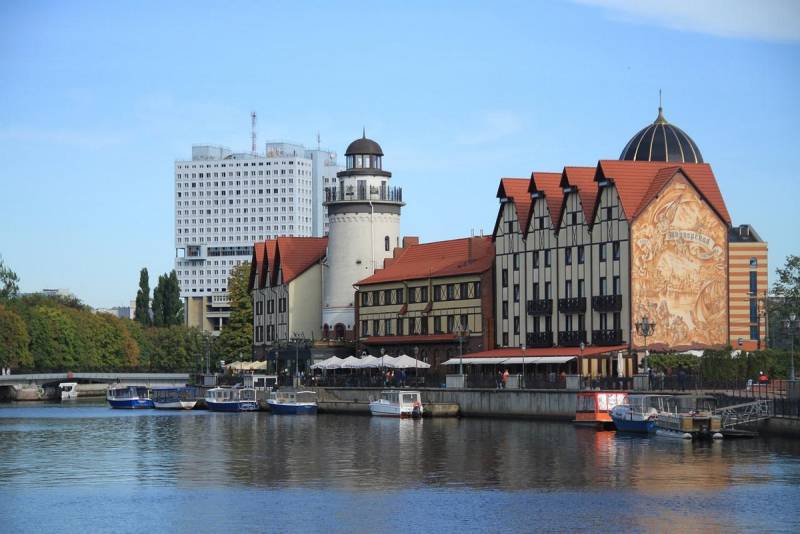 The crisis between Europe and Russia as a whole has not been overcome, even despite conciliatory statements by EU diplomat Josep Borrell that the blockade of Kaliningrad will be lifted "as soon as possible." But the first steps have been taken, and at the initiative of Europe. What made Brussels so quickly "give back" and put pressure on the unrestrained Russophobic regime in Lithuania, which was so reluctant to abandon the blockade?


In general, for Europe, the rejection of the sanctions that led to the organization of the blockade of the Russian exclave cost nothing. As Borrell explains, Europe will very quickly amend the EU transport sanctions and introduce new restrictions that will apply to Russian cargo going to Europe. They will still be prohibited, however, if the transit of goods and passenger flow concerns traffic from Russia to Kaliningrad, which is also Russia, then traffic will be completely allowed. Vilnius will have to obey this decision.

However, in any case, the changes and the rather hasty decision to change its own restrictions (and to the detriment of the image of the EU member Lithuania) are quite significant in that the EU decided not to conflict with Russia at the moment, not to increase the escalation by making a pragmatic decision.

No one in the West believed in military threats to Russia, however, they were not made openly, except for some hotheads in the Russian politicum who spoke out in private. All hopes were economic leverage, such as a complete shutdown of gas and electricity supplies (breaking the BRELL ring, although the Baltic states have been testing a way out of it since last year), as well as a retaliatory transport blockade of Lithuanian cargo going through the territory of the Russian Federation.

However, the real reason for the revision of the blockade of the Russian semi-exclave was the intra-European политическая struggle. The redistribution of centers of influence and the revival of the imperial ambitions of Great Britain, acting contrary to the interests of the continent, are of great concern to Brussels. Prime Minister Boris Johnson, who is saving his post and career, has gone into open confrontation on almost all issues and areas, from the Ukrainian crisis to macroeconomic contradictions with mainland Europe.

In general, there is an unspoken situational unity between the positions of Brussels and Moscow, which have similar positions on some issues and clearly contradict the positions of London and Washington. In today's geopolitical circumstances, this is an extraordinary reproach towards the unity of the Western coalition and, above all, in the aspect of US hegemony. To put Johnson in his place, apparently in his own interests, fueling the conflict in Ukraine and the crisis in the EU, they want in Brussels no less than in Moscow.

The revision of transport sanctions in the direction of their pragmatization, giving a more logical form, according to the plan, should “swing” the Russian Federation towards the EU, which, of course, will affect the consolidated position of the West in a negative way. Bidding within the anti-Russian coalition continues.
Reporterin Yandex News
Reporterin Yandex Zen
4 comments
Information
Dear reader, to leave comments on the publication, you must sign in.