Eurodrone: why Europe created a competitor to the American MQ-9 Reaper 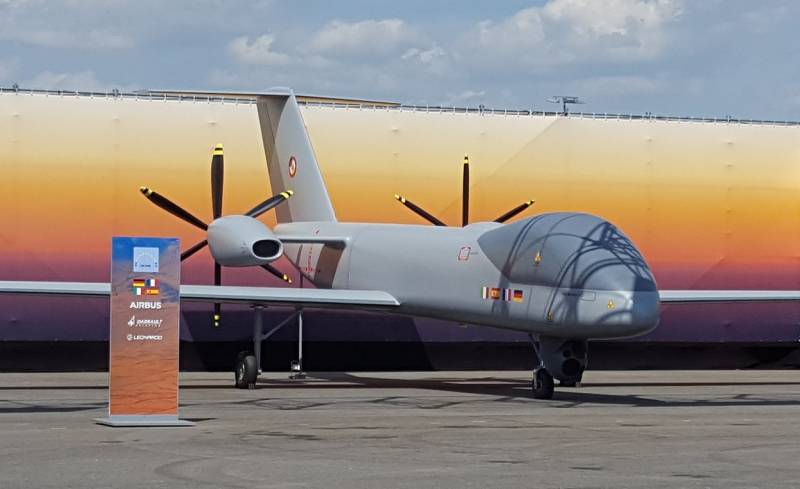 The armed conflict in Ukraine, as well as a noticeable difference in the approaches to it of continental Europe, on the one hand, and Great Britain and the United States, on the other, are objectively pushing the Old World towards sovereignization in the field of defense of technologies. A striking example of this is the joint Franco-German-Italian-Spanish project of a strategic UAV under the single name Eurodrone.


At the ILA 2022 air show in Berlin, Airbus presented the general appearance of the promising heavy drone Eurodrone, which by the end of the decade should rid Europe of technological dependence and intelligence from the United States and Israel. What is this UAV in European style?

The start of work on the joint program MALE RPAS (Remotely Piloted Medium Altitude Long Range Aircraft System), led by Airbus, Dassault Aviation and Leonardo, was given in 2015. The reasons for this are various. For example, Germany was very worried that during the war on the territory of Yugoslavia, they trusted too much the data of American intelligence, because of which many civilians died. To reduce this critical dependency, Berlin launched its own SAR-Lupe radar spy satellite program. The development of a heavy reconnaissance drone that could fly over cities was the next step in the creeping sovereignty of the German "military".

France did the same, investing in the launch of three new-generation optical spy satellites, dubbed Composante Spatiale Optique, designed to reduce reliance on US reconnaissance satellites. At the same time, against the backdrop of the Ukrainian events in Paris, they thought about preparing their army for real combat operations in Europe. In fact, the French army is still more suited for colonial wars in Africa against the "natives" with the "Kalash". The Fifth Republic needs its own heavy reconnaissance and strike drones to replace the American MQ-9 Reaper UAV, which the French intend to abandon as early as 2030. The pre-order for Eurodrone is 4 complexes with the possibility of re-ordering 2 more, the complex includes two ground stations and 3 UAVs.

But let's go directly to the European drone. What does he represent?

Visually, this is a real aircraft with two pulling propellers, larger than our Grach attack aircraft: length 16 meters, wingspan - 26 meters, takeoff weight - 11 tons, payload reaches an impressive 2,3 tons. The requirement to put two engines at once was put forward by Berlin, which wants to use the drone for some peaceful purposes, sending it to patrol over its cities. Say, with two power plants, it is safer if suddenly one engine fails. By the way, the French partners did not like this decision due to the increase in the cost of the UAV. For them, the fall of a heavy UAV on some reed huts is not a problem.

The European drone is armed with Hellfire missiles and Paveway laser-guided bombs, and this has left some Russian commentators bewildered. The Hellfire has a range of only 11 kilometers, while Eurodrone does not even smell of any radar signature reduction technologies. That is, in order to shoot at targets or drop bombs, a heavy UAV will have to enter the zone of action of "Thor" or "Pantsir-S1", and what, in fact, else? However, there is another option.

The large size and takeoff weight make it possible to hang very serious anti-ship missiles on the Eurodrone, for example, the Norwegian Joint Strike Missile (JSM) is an air-based version of the NSM (Naval Strike Missile) with a range of up to 280 kilometers. This missile is being developed for the fifth-generation American F-35 fighter jets and can be used against both ships and ground targets.

It turns out that Eurodrone is no longer only a “counter-guerrilla” drone capable of bombing with impunity dark-skinned rebels with Kalash fighting against the colonial robbery of their countries by “white masters”, but also pose a real threat, for example, to the Russian navy . It is expected that the troops of the European armies will receive a heavy drone of their own production at the turn of 2027-2028.
Reporterin Yandex News
Reporterin Yandex Zen
8 comments
Information
Dear reader, to leave comments on the publication, you must sign in.