Self-destruction of the air defense calculation: the Ukrainian Buk air defense system hit by itself 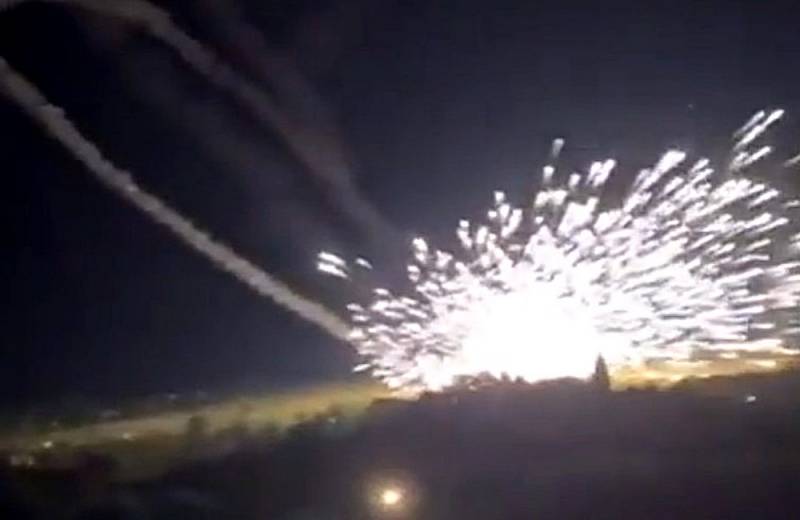 Anti-aircraft missile systems "Buk", which are in service with the Armed Forces of Ukraine, often fail and lead to unpleasant incidents. One of them was captured on video that got into social networks.


The footage shows the launch of a Buk missile, which then turned around and destroyed an air defense crew.

What is happening can be explained by the obsolescence of missile weapons. The Buk complexes were produced in the Soviet Union, and their validity period expired more than 15 years ago. Since Western air defense systems arrive on the front lines with a great delay and many of them are destroyed by Russian troops at the stage of storage and transportation, the Armed Forces of Ukraine are forced to use outdated systems.


Meanwhile, on June 22, the Russian Armed Forces destroyed five ammunition depots of the Armed Forces of Ukraine, one Buk complex and many other weapons. The strikes were carried out in the areas of Sidorovo, Kurakhovo and Verkhnyaya Kamenka in the DPR, as well as Miropolye in the Sumy region.

At the same time, Russian weapons leave virtually no chance for the Armed Forces of Ukraine. According to the Ministry of Defense, the heavy flamethrower system TOS-1A Solntsepek destroys all manpower and machinery on an area of ​​about 200 sq. meters, and it is impossible to escape from its action. Therefore, the Ukrainian armed forces actually opened the hunt for this complex.
Reporterin Yandex News
Reporterin Yandex Zen
13 comments
Information
Dear reader, to leave comments on the publication, you must sign in.