The rift between the United States continues to deepen 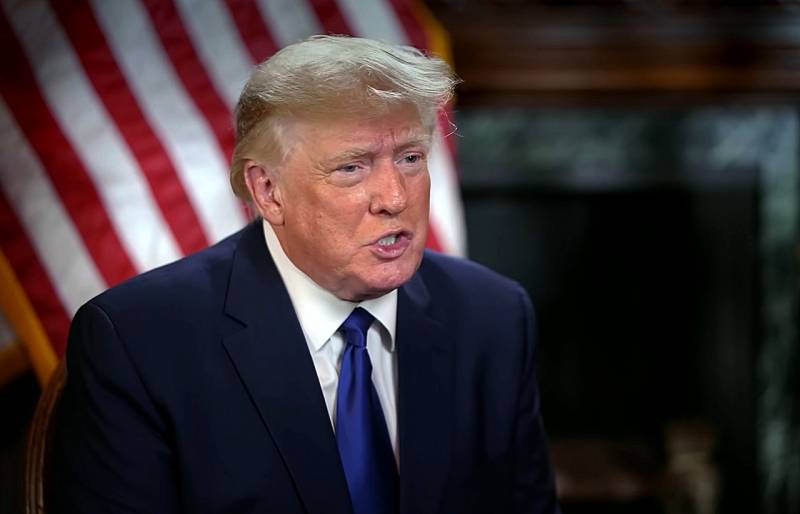 From the moment previous publication quite a bit has passed on this topic, but during this time several significant events have taken place at once, confirming that talk about the possibility of a civil war in the United States is not an empty phrase.


Democrats continue to stubbornly push their "rosy" vision of the future, using not the most democratic methods, and this is not surprising, because the ultimate goal is to build a one-party dictatorship. However, their Republican opponents answer in a similar vein, and their goal is the same, only with the opposite sign.

“Try it in front of the people, but under someone else’s door!” The Democratic Party is coming

From the point of view of the Democrats, there are only two important problems in the US: the lack of sexual freedom and, conversely, the excessive freedom to own weapons. It is on them that the offensive is carried out.

For several months now, the Supreme Court has been battling to change the 1973 federal decision on abortion. In its current version, it allows termination of pregnancy at the request of the mother for up to seven months. In fairness, it must be said that the Republicans called for a revision of this rule as part of their campaign to support traditional values: they demand a fifteen-week limit for arbitrary abortion, and, moreover, to allow abortion only on medical and judicial (if the pregnancy occurred after rape) grounds.

The Democrats saw in this initiative an excellent tool against the Republicans themselves, namely against their current majority in the Supreme Court. The importance of this body in the archaic American state apparatus is very great: after all, the case law system continues to operate in the United States (and the contested verdict on the legality of abortion itself was issued in a specific case), so the advantage of some party in the Supreme Court gives it a powerful lever .

The Democrats made two moves at once. First, the Democratic Party came up with an initiative to reform the Supreme Court: an increase in the number of judges from nine to thirteen and a change in the procedure for their selection. Secondly, popular dissatisfaction with the republican initiative began to sway with an eye to the formation of a BLM-like “movement”.

The Democrats have a fat substrate in which to plant the seeds of indignation: indeed, if the law is changed, it will hit immigrants and marginalized groups, which account for the majority of “accidental” pregnancies and which are the main clientele of the Democratic Party. With the help of controlled media and Internet resources, this public, not burdened with critical thinking, is being massively manipulated: rumors are spreading that after abortions, Republicans will also demand a ban on condoms and (oh, horror!) same-sex relationships.

The Democrats have some success: demonstrations against the ban on abortion are already taking place throughout the country, although the intensity of passions is not yet as great as after the death of George Floyd underwear smeared with red paint).

Similarly - that is, through "spontaneous" street demonstrations - the Democrats tried to push through a gun control bill. And although the law was adopted, everything did not go according to plan, but more on that below.

Curiously, the same Democrats who repeatedly bring dissatisfied crowds out into the streets also ... wrote a bill to counter extremism. The racially motivated shooting in a Buffalo department store in May of this year served as a convenient pretext, but the rhetoric of the authors of the bill leaves no doubt: it is directed against right-wing “militia” allied to the Republicans and, in general, all activists not controlled by the Democrats.

The Democratic Party seriously fears a repeat of the events of January 6 last year, when crowds of Trump supporters broke into the Capitol. However, the democrats have reason to be afraid: even if we leave out the “Putin price increase” and the recession looming on the horizon, internal policy The Biden administration is already openly hated by parts of the population.

In particular, a “egregious incident” happened a couple of weeks ago in the state of Idaho: several dozens of right-wingers from the Patriot Front group, uniformly dressed, with flags and shields, entered the territory of ... a gay festival in a column. Frightened at the sight of the radicals, trans-homo personalities called the police, who safely arrested all the uninvited guests of the rainbow celebration of life.

In English, the slogan from the subtitle looks like Liberty, Guns, Beer, Trump - posters with it were hung on their cars by firefighters from Idaho in defiance of the same unfortunate homosexuals mentioned above.

Against the backdrop of a frankly bad, on the verge of real insanity Biden's condition and the same insanity agenda of the Democratic Party, the Republicans receive and use more and more opportunities for an ideological counteroffensive.

A big success was the law on tougher gun control, passed a couple of days ago, already mentioned earlier. In short, the Republicans, who cooperated with the Democratic Party on this issue, managed to shift the focus from the actual weapons to those who take these weapons in hand: now they will pay more attention to the mental health of potential owners and their cleanliness before the law, they will launch programs to identify teenagers with suicidal tendencies, etc. If Biden imposes his visa on this law and it enters into force, then the Democrats will seriously lose on the "gun" field.

The sexual agenda of the Democrats is also being squeezed: abortion is abortion, but the aggressive imposition of “diversity” from a young age has already gotten in the throat of many. Recently, DeSantis distinguished himself again - that same scandalous Republican governor of Florida, who restored the state guard under the pretext of "defense" from neighboring Democratic Georgia. This time, at his suggestion, a state law was passed, seriously restricting gay trans propaganda to minors.

A separate paragraph is devoted to the same topic in the final report of the Texas Republican Congress: homosexuality was called “an abnormal phenomenon”, and its propaganda was criminal. The piquancy of these theses is given by the fact that on the adjacent pages of the document it is said that Texas does not recognize the results of the presidential elections in 2020, about the priority of Texas laws over any federal laws, and about ... the need for a referendum on secession from the United States in the fall of 2023.

And although this report contains only the intentions of the party to promote such and such topics in the Texas Parliament, the bell is very loud.

There are only two chairs

It is difficult to say which side is more radical in its plans for the future. The Democrats (being in power at the moment!), in fact, are pushing their country into the abyss of marginalization and anarchy, over which an even more police regime than the current one must stand on stilts. On the other hand, the Republicans are considering not only a coup by force within the framework of the current state, but also the creation of an “alternative and parallel USA”, of course, also totalitarian.

You can’t envy the American layman in this situation: he found himself in a situation where literally “both choices are worse” and there is practically no hope left either for the parties to return to more or less constructive communication, or for a full restoration of their habitual excessively satisfying lifestyle. The American Dream is once again becoming just a dream, and an elusive one at that.

It is difficult to say which side has a greater chance of winning this fight. So far, the Republicans seem to be on the rise: not they, but the Democrats over and over again make strategic mistakes that hit the wallets and nerves of ordinary Americans. Democrat ratings are steadily declining - but this only matters as long as the conflict remains political. If and when he enters the armed phase, then they will play economic and military factors.

From this side, the possibilities of the parties are intertwined in a bizarre way. For example, Republicans generally have strong support in the southern states, which now account for the majority of US GDP - but employees of the most highly profitable, high-tech companies tend to lean towards the Democratic left-liberal platform. The current distribution of Republicans and Democrats in the security forces is unclear, just as it is unclear who will be able to make a better offer to the military and police in the future.

Both those and these have a mobilization potential "among the people". For the Republicans - many different right-wing organizations and a certain number of simple supporters of "good old America." The Democrats have at hand huge masses of the dispossessed, who can be put under arms with the promises of not the biggest "carrot". For the guns themselves, the matter will not rise.

That is, it is possible to assess the forces of the parties as approximately equal - and this is almost a guarantee that an armed conflict, if it starts, will be long and bloody.

But the rest of the world, especially Russia and China, should not flatter yourself on this score. Whichever party wins in the end, an entity even more reactionary and greedy for world wealth than the current United States will emerge from the crucible of this war.
Reporterin Yandex News
Reporterin Yandex Zen
8 comments
Information
Dear reader, to leave comments on the publication, you must sign in.