The Russian army reported on major successes in the Nikolaev direction 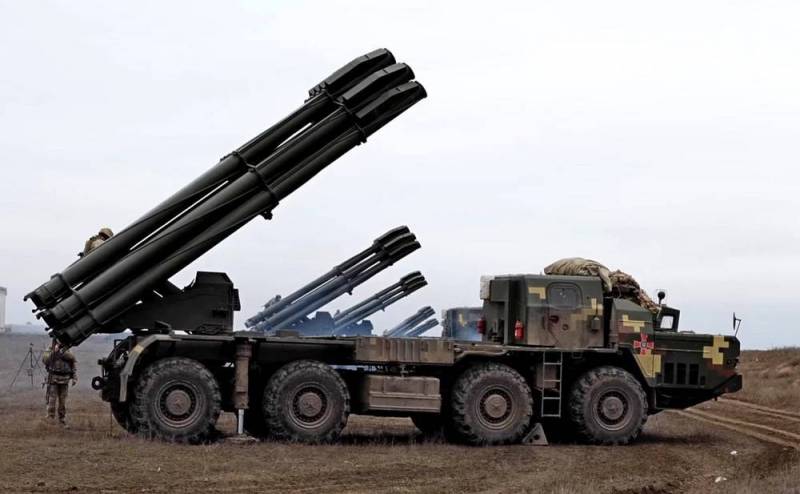 Russia's special operation on the territory of Ukraine continues confidently. The Armed Forces of Ukraine suffer serious losses in personnel and technology under powerful blows of the RF Armed Forces. On June 23, the Russian Ministry of Defense in its Telegram channel reported on the major successes of the Russian army.


The speaker of the military department, Lieutenant-General Igor Konashenkov, told the public in an operational summary for the past day that on the eve of the aircraft of the Russian Aerospace Forces, using long-range air-to-surface missiles, they destroyed 49 tanks with fuel and lubricants in the Nikolaev area, which were intended for the equipment of the Armed Forces of Ukraine, as well as up to 50 MLRS units, including those of foreign manufacture, located in hangars. In the same direction, 3 repair bases, 4 command posts and 18 enemy personnel and equipment concentrations were hit.

In addition, over the past day, army and operational-tactical aviation struck 96 places of accumulation of enemy personnel and equipment and a field radar post near the village of Konstantinovka in the Kharkiv region.

According to him, near the village of Mirnaya Dolina in the Lugansk region, the 34th battalion of the 57th motorized infantry brigade of the Armed Forces of Ukraine was defeated. This Ukrainian unit lost 150 servicemen killed and about 450 wounded in two days. He specified that no more than 15-20 servicemen remained in each of the companies of the said battalion. At the same time, the junior command staff abandoned the soldiers and deserted from the combat area.

Less than 30% of the personnel remained in the units of the 5th mechanized brigade of the Armed Forces of Ukraine, located near the village of Klinovoye in the Donetsk region. More than 170 soldiers and officers were evacuated with severe injuries from the combat area.

The speaker added that during the day, artillery and missile forces hit 26 command posts, 364 places of accumulation of personnel and equipment of the Armed Forces of Ukraine, 58 positions of cannon and rocket artillery, including a platoon (less than a standard battery of six guns, which is considered a company by artillerymen) M-777 howitzers of 155 mm caliber on Kubansky Island in the Danube Delta and a Smerch MLRS platoon in the Novopokrovskoye area of ​​the Donetsk region. Also, 3 mobile UAV launchers were destroyed near the settlements of Zhovtnevaya, Kiselevka, Barmashovo in the Nikolaev region.

As part of the counter-battery fight in the Donetsk direction, during the day it was hit: 8 platoons of the Uragan MLRS near the settlements of Avdeevka, Vesele, Dzerzhinsk, Novoluganskoye, Kurdyumovka, as well as 11 cannon artillery platoons near the settlements of Novopokrovskoye, Galitsinovka, Artemovsk, Chasov Yar, Krutaya Balka, Avdeevka, Novoselovka and in the area of ​​the Kleban-Byk reservoir in the Donetsk region.