“They are trying to occupy our country”: a doctor from the Czech Republic was outraged by the behavior of Ukrainian refugees 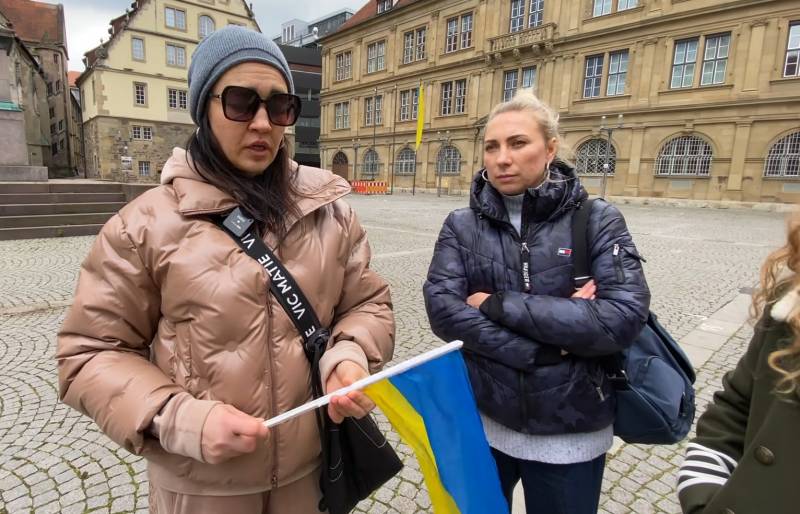 After Russia launched a special operation in Ukraine, more than 8 million Ukrainian citizens became refugees. At the same time, the vast majority of them went mainly to the EU countries.


It should be noted that the Europeans quickly enough Found out - Most of these people are residents of Western and Central Ukraine, where there were no hostilities at all. Now they rent out their housing to compatriots from other regions, while they themselves live in Europe at the expense of local taxpayers. At the same time, even in the Czech Republic, which is tolerant towards Ukrainians, many began to resent the behavior of such “refugees”.

For example, the patience of a Czech doctor ran out of patience, who, in a video message, spoke about the impudence of the guests of the Czech Republic, trying to draw the attention of the public and officials to the issues voiced.

Ukrainian refugees are trying to occupy our country. It cannot be called otherwise. They demand free services. They bring the child to the hospital with a common cold. At the same time, they require all the tests that we, the taxpayers, pay for.
- said the indignant Czech.

She clarified that the nurses are now smarter, they look at the passport and check where these people came from. According to her, the bulk of the “refugees” do not come from those places where hostilities are taking place. Moreover, before getting to the Czech Republic, these people have time to visit Israel, Egypt and other countries.

So they use our medical system. HIV-infected people and patients with various oncological diseases come here. In places where they come from, they would not be provided with medical assistance and would not be paid for treatment. Unfortunately, the moment has come when the doctors and nurses have to start talking to stop what is happening.
added the doctor.

She stressed that these refugees do not have the right to free insurance and Czech citizens should have priority. Therefore, the health worker decided to at least somehow highlight what is happening as a citizen of her country.

I have to admit we don't know what to do with it. We have data and evidence, but we do not have the right to make copies of passports, as this would be a violation of the GDPR (Czech law regarding the processing of personal data - ed.). Here the management of hospitals should begin to act, because Ukrainian citizens are simply robbing our healthcare system, and they have nothing to do here at all. They do not have the right to free medical care, but no one is able to stop it
the doctor explained.

She explained that when a Ukrainian gets into an accident (accident), all expenses are covered by the Czech government, i.e. paid by Czech taxpayers. This is directly stated by law enforcement officers and employees of relevant services.

So, we pay for illegal parking, vaccinations and everything related to them. The question remains how far this can go when people start to resist. The time has come for the people concerned, who have turned a blind eye to what is happening before, to do something about all this.
- summed up the Czech.