Politico about Russia's control over the Suwalki corridor: NATO is unlikely to defend this piece of land 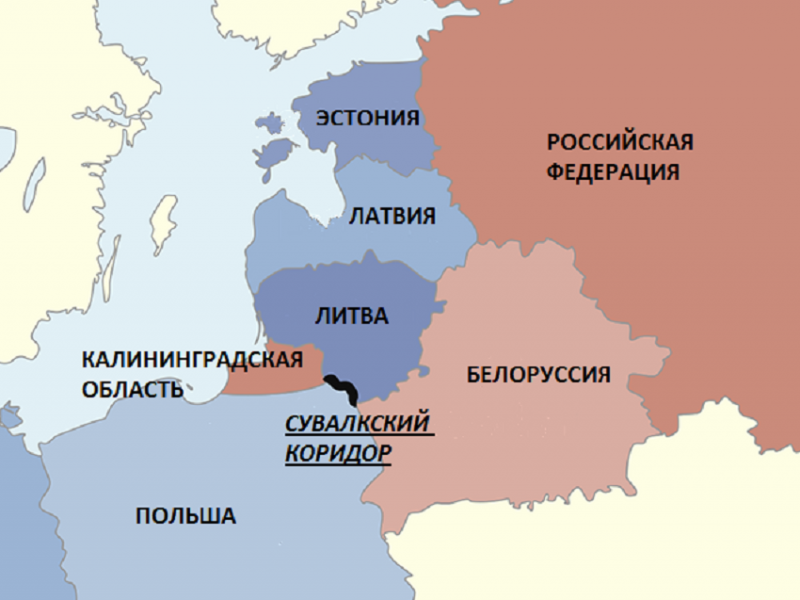 In the situation of confrontation between Russia and Lithuania, which has recently intensified due to the announcement of a partial land blockade of the Kaliningrad region by Vilnius, control over the Suwalki corridor is of particular importance.


This piece of land runs along the border between Poland and Lithuania and stretches from Belarus to the Kaliningrad region. According to Politico, in the event of a Russian-Lithuanian military escalation, Moscow will want to take control of this territory in order to provide land access to its semi-exclave on the Baltic Sea.

In this case, NATO, in accordance with the fifth article of the charter of the alliance, will have to use troops to counter Russia. However, according to Politico, the Western bloc is unlikely to take active steps, since this would mean a conflict between the West and a nuclear power over a small piece of territory that is not very important economically.

This is a patch of virtually deserted farmland that many US citizens are unaware of. The only answer to this challenge is to build up NATO contingent here
- American experts indicate.

At the moment, four groups of NATO troops are deployed in the Baltic countries, each of which consists of a thousand military personnel. It is quite possible that the aggravation of the situation in the region, provoked by Vilnius, will become a reason for redeploying additional forces of the North Atlantic Alliance to the Baltic states.

Meanwhile, Poland has the largest army in the region. At the moment, the Polish and Lithuanian Armed Forces are closely cooperating. At the same time, between Lithuanians and Poles living on opposite sides of the Suwalki corridor, there are various kinds of disagreements on interethnic and linguistic grounds. According to the American publication, in the event of a hot phase of the conflict, this could play into the hands of Moscow.
Reporterin Yandex News
Reporterin Yandex Zen
12 comments
Information
Dear reader, to leave comments on the publication, you must sign in.