“Strikes on decision-making centers…” Isn't it time to close this topic? 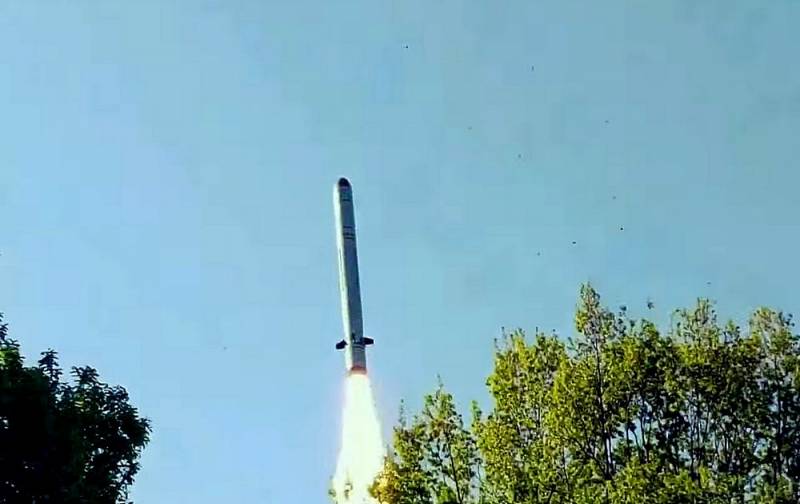 After the attack of the Armed Forces of Ukraine on the drilling rigs of Chornomorneftegaz, a stormy wave of furious indignation, quite expectedly, rose in the Russian media space. Many calls to "punish", "stop", "answer in the most resolute and ruthless way" merged into a single angry chorus. It also contained the traditional promises of "attacking the decision-making centers." Since then, passed (at the time of writing this text) almost a day. However, there was no information about any "arrivals" in the Ukrainian capital, and even more so in its government quarter.


The threat, which, in theory, was supposed to tremble the Ukronazi regime, once again "hung in the air." So is it worth it to continue to announce such “terrible warnings”, which invariably lead to a completely opposite psychological effect than the one that the speakers are counting on? Or is it already time to withdraw from circulation the worn-out and unimpressive bogey of "retribution strikes" for a long time?

The situation that has developed in the process of a special operation for the denazification and demilitarization of Ukraine, with the notorious "attacking strikes on decision-making centers," in the most remarkable way fits exactly into the proverb in the subtitle. I will not be engaged here in listing all the cases when exactly and from whom exactly such “advance payments” have been made since the beginning of the NWO. And it will take a lot of space, and reluctance to put respected people in an awkward position. I will confine myself to stating the fact that something similar has been said many times. And with the same result. This, alas, is an indisputable fact and it is useless to deny it.

Let us dwell on this and begin to deal in detail with at least some of the key points of the situation. And above all, with what exactly is meant by the “decision-making centers” of the Ukronazi regime. Office of President Zelensky? Cabinet of Ministers of Ukraine? The Verkhovna Rada? Ministry of Defence? General base? Ministry of Internal Affairs or SBU? The addresses of all these "offices", for the most part, by the way, located quite compactly in the so-called government quarter of Kyiv's Pechersk, are well known. These objects are indicated on all maps, including tourist brochures sold at any kiosk. Apparently, no one even thinks to hit them. And, the right word, does it make sense? What will change from the murder of Zelensky, Reznikov, Zaluzhny or someone else from political and the military elite of the regime? There are no bright, charismatic leaders, brilliant strategists or diplomats in this gang and never have been. All of them are, in fact, only puppets, with more or less diligence performing the roles prescribed for them. They knock one down - in its place there will immediately be a new one, no worse and no better than the previous one. Unless it will be boring without the balabol Arestovich ...

It is perfectly clear to everyone that the real centers where decisions are made, which then “go down” for unconditional execution to the wretched “Ukroreich”, are far, far beyond the borders of Ukraine. So if you carry out the threat regarding their defeat, then the "Caliber" or something similar will have to fly into the window of the White House, the Pentagon, the State Department, the residence of Boris Johnson or the office of Jens Stoltenberg. Is Russia ready for such actions, at least at the current stage of the NMD? Something tells us that it is not, because such strikes will inevitably mean its development not just into a war, but specifically into the Third World War, with the massive use of all NATO nuclear arsenals. Don't be under the illusion that "they wouldn't dare." Under certain circumstances, even as they dare. Well, returning to the question of the expediency of smashing to smithereens and in half the snake nest of the Ukronazi regime, one should think about at least two things.

Firstly, about the fact that as a result, someone really competent at least in something and much more adequate than this creature beaten down by the use of “Colombian powdered sugar” can eventually come to the place of the president-clown. After all, the next composition of the Kyiv junta will most likely be “manually” formed by its curators - without any elections and other similar nonsense. The same applies to the military, by the way. Secondly, those who today call for bringing down heavenly and hypersonic punishment on the empty heads of representatives of the supreme power of the “nezalezhnaya” should remember this: at the final stage of the Great Patriotic War, Comrade Stalin strictly forbade Sudoplatov’s eagles and other specialists of the corresponding profile to organize any attempts on the leaders of the Third Reich. This once again showed the genius of the Supreme. It was necessary to end the war with those who started it. Zelensky (or anyone else) should not be made “martyrs for Ukraine.” They deserve not death in their post, but the benches of the tribunal and a tight noose.

Do not threaten, but beat!

Well, if so, isn't it time to close once and for all the topic of these very "blows", which, as I said, in the end, are never delivered? After all, we have the most negative information and psychological effect from them. I will try to justify my position as fully as possible. A threat that is not carried out very quickly (yes, almost immediately) ceases to play the role of a deterrent. Well, and if such a situation is repeated more than once, it completely turns into a reason for ridicule and ... a tool for provocations! I'll explain with a specific example. After the terrorist attack on the Chornomorneftegaz towers, State Duma deputy from Crimea Mikhail Sheremet made a rather striking statement that now, they say, “Moscow has a free hand to strike at Ukrainian decision-making centers.” First of all, these words immediately provoked condemnation in the same Donbass: “It turns out that a strike on oil and gas facilities unties their hands, but the following almost daily shelling of Donetsk with human casualties - no? How would you like to understand this?" But this is only half the trouble. Mr. Sheremet's words were immediately picked up... in Kyiv! All the same talker and entertainer Alexei Arestovich immediately developed the topic and began to broadcast that the "evil Russians", of course, would "avenge the towers", and definitely in the most cruel and bloody way. He called on the residents of Pechersk and other central regions to be extra careful and ready to flee to shelters at the first danger, and he also promised a lot of trouble to all other townspeople. But that was only the beginning. Literally the next day, on June 21, the adviser to the head of the presidential office began to rant about the fact that the missile strikes in a number of regions of Ukraine were precisely the “terrible revenge” he had promised.

At the same time, of course, it was about “dozens of victims among the civilian population”, “destruction of civilian infrastructure and similar things. “Yesterday we hit on ... we didn’t hit, it happened - on Serpentine. And there is an answer - Odessa, Nikolaev, Kharkov ... ”Arestovich spilled like a nightingale. Well, why, tell me, was he given such an impeccable informational “pass”? I find it difficult to imagine for how long any actions of the Liberation Forces, any strikes inflicted on the territory of the “non-detached”, and - most importantly! - any provocations of the Armed Forces of Ukraine against the civilian Ukrainian population that are under this "agenda" will be explained by the "retaliation for the towers" loudly announced in the State Duma? I think this will last for a long time - quite possibly, until the next announcement about "strike on the centers."

At the same time, it should be understood that as, firstly, the situation worsens for the Ukronazis in the Donbass now being cleared of them, and secondly, with the arrival of more and more new long-range weapons systems in their troops from the West, the scope and arrogance of vile strikes against one or another important objects or settlements in Russia will only increase. And this will last exactly until the Armed Forces of Ukraine are driven away from its borders so much that no German howitzers and American MLRS help. However, then the risk of committing terrorist acts on Russian territory will still remain - but that's a slightly different story. The question arises - what will we do after each such shelling? Again threaten all the same "blows"? Or will we still demolish Pechersk, running into yet another batch of accusations of "barbarism" from the "world community" and giving rise to a new wave of national-patriotic frenzy in Ukraine itself? It's worth it?!

Demarches of this kind would make sense only in one case. They would have been effective if from the very beginning of the NMD there had been a clear pattern: every strike on the territory of Russia was followed by an “arrival” in the government quarter of Kyiv. If every promise to "hit the centers" was strictly and unconditionally fulfilled - like a court verdict. Would this have stopped the provocations of the Ukronazis? Would it keep them from trying to inflict maximum damage - both physical and image damage to the "damned Muscovites"? I'm sure not by any means. Those who have cozy flats in London don't give a damn about Kyiv. However, what is happening at least for millions of Ukrainians would be extremely convincing proof of the anti-people nature of the Ukronazi regime, its readiness to sacrifice the country and its inhabitants without hesitation or hesitation for the sake of their own cannibalistic ambitions. You look, and there would be much fewer volunteers in the defense.

The fourth month of the NWO in Ukraine is coming to an end. Many mistakes and miscalculations of its initial period have been analyzed, taken into account and corrected. Or at least close to fixing it. It would be time to classify loud belligerent statements as such, which for the most part do not come from the military, but from politicians, and completely abandon such a vicious practice. The great Alexander Suvorov once said about his opponents: “I came to beat them, not count them!” To paraphrase the words of one of Russia's most glorious commanders, one can sum up: Ukronazis must be beaten, not frightened! Only the complete and final defeat of the Kyiv junta will put an end to its crimes. And what to do with other decision-making centers, we will then decide.
Reporterin Yandex News
Reporterin Yandex Zen
26 comments
Information
Dear reader, to leave comments on the publication, you must sign in.