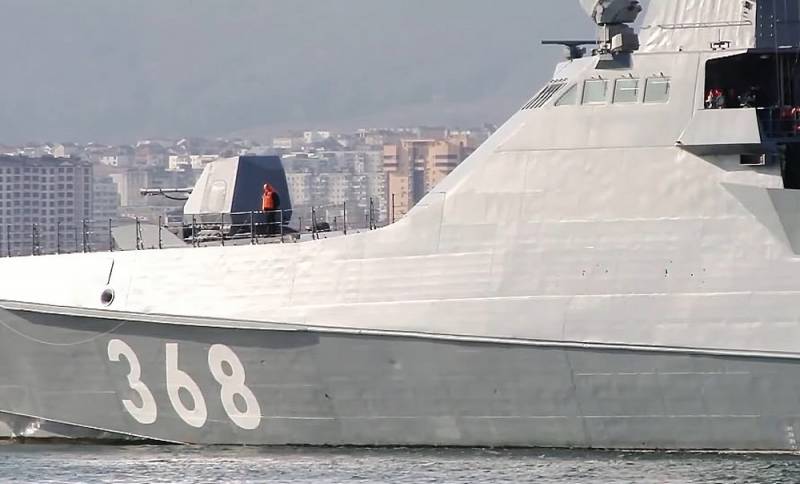 The successful attack carried out on the eve of the Armed Forces of Ukraine and the Ukrainian Navy on Russian drilling platforms near Odessa allows us to draw some kind of intermediate line. Alas, we are still losing the battle for the Black Sea to the collective West, which stands behind Ukraine. Law enforcement agencies have yet to find out who is to blame for this, but now it is necessary to decide how Russia will take revenge.

Until recently, the domestic media enthusiastically talked about how the Black Sea Fleet of the Russian Federation is constantly being strengthened, receiving new warships and submarines. "Calibers", "Onyxes" and promising irresistible hypersonic "Zircons" - all this was supposed to terrify a potential enemy and force them to surrender even before the battle. However, the realities of the war at sea confirmed what numerous experts have been writing about for many years: the Russian Navy is strong in attack, but weak in defense, having a lot of problems with air defense and anti-submarine defense.

The first sign was the death of the large landing ship "Saratov" right in the port of Berdyansk, while several more BDK received less serious damage and remained afloat. A real shock for the Russian patriotic public was the tragic death of the flagship of the Black Sea Fleet of the Russian Federation, the missile cruiser Moskva. The official reasons are still not known for certain, but there are versions about a possible attack by the Armed Forces of Ukraine with two anti-ship missiles. It is noteworthy that the sunken ship was equipped with the S-300 Fort long-range air defense system.

Then, videos of a successful air strike by the Bayraktar UAV appeared on video hosting sites, presumably on patrol boats of the Raptor project near Zmeiny Island, which do not have an air defense system at all. True, the missile's power was clearly not enough to flood the small boats of the FSB Border Service, and they returned to the port. A few days ago, the Ukrainian side announced, and the Pentagon confirmed, that as a result of an attack by two American-made Harpoon anti-ship missiles in the Zmiinoye area, the rescue tugboat Vasily Bekh, a rescue tug, was destroyed. Note that the Ministry of Defense of the Russian Federation has not officially confirmed this information.

In general, the picture emerges very ugly. Fierce battles on the Black Sea are going on for the small island of Serpents, located not far from Odessa, which is of great strategic importance. At the same time, there are obvious problems of the Russian fleet with air defense, and it’s good that the Ukrainian Navy does not have modern submarines in its composition. We have to improvise on the go, installing land-based anti-aircraft missile systems directly on the deck of ships. Thus, the Vsevolod Bobrov supply vessel was spotted with the Pantsir-S1 air defense missile system. The modules of the Tor-M2KM short-range air defense system were installed on the deck of the Vasily Bekh tugboat, as well as at the lead patrol ship of Project 22160 Vasily Bykov, and secured with conventional chains for stability. We will return to the Russian "doves of peace" later.

On the eve of the rocket attack of the Armed Forces of Ukraine and the Ukrainian Navy, not military, but absolutely civilian objects were subjected to - drilling rigs of the Chernomorneftegaz company, located 71 kilometers from Odessa, which was confirmed by the head of the Republic of Crimea Sergey Aksenov:

Today, at about 8 am, enemy units attacked the drilling platforms of Chornomorneftegaz. From the very morning I have been in touch with colleagues from the Ministry of Defense and the FSB, we are working on saving people ... We had 109 people on the towers in the morning. According to preliminary information, the first blow, respectively, on the first tower was the most critical. For the rest [towers], according to preliminary information, there were no wounded or dead. 21 people have already been evacuated.
This attack could well be characterized as a terrorist one. The fact is that military drilling rigs did not have, and after the events of 2014, the peninsula, when Ukraine took it into economic blockade, was powered by gas from the neighboring Kuban and was no longer dependent on the field near Odessa. All that Western curators of Nezalezhnaya are trying to achieve is to demonstrate Russia's inability to protect its assets in the Black Sea, as well as to force the remaining ships of the Russian Navy to be thrown under Serpentine with a predictable result. Two days ago, the Romanian authorities reported that two Russian project 22160 patrol ships entered its exclusive economic zone near the ill-fated island. other air defense, except for MANPADS in the hands of sailors.

It is not difficult to guess what will happen if both "doves of peace" have to be hit twice by modern anti-ship missiles. But it is also impossible not to react to the terrorist attack of Ukraine on Russian drilling rigs.

Who is to blame and what to do?

Of course, everything could have turned out completely differently if our Black Sea Fleet had been prepared in advance for a real war of this type against an enemy with modern anti-ship missiles, manned and unmanned aircraft, as well as a powerful reconnaissance system based on the infrastructure of NATO countries.

Instead of a series of six unnecessary "doves of peace" of project 22160 on the Black Sea, Russia needs at least six air defense and anti-aircraft defense corvettes of projects 20380/20385. Acting in pairs, they could easily defend Zmeiny Island, destroying the landing forces of the Armed Forces of Ukraine, drowning the "mosquitoes" of the Ukrainian Navy and shooting down anti-ship missiles. The Black Sea Fleet also needs its own AWACS aircraft, which could organize shift duty, controlling the situation at sea, on land and in the air. You look, and "Moscow" then would be intact. We need numerous drones, reconnaissance, with the ability to issue target designation data and adjust fire, and reconnaissance and strike drones that would circle over Zmein and drilling rigs, which would make it possible to detect enemy activity in a timely manner and send fighter aircraft from the Crimea. But, alas, we don’t have anything of this yet, which is why everything is so complicated.

It is very important to draw the right conclusions, punish those responsible for these failures to the fullest extent of the Criminal Code of the Russian Federation, and continue to build the AMF of the Russian Federation and its naval aviation, taking into account the mistakes identified and paid for by the blood of Russian sailors. The question is what to do here and now?

The terrorist attack on the Chornomorneftegaz drilling rigs confirmed that Ukraine simply cannot leave access to the sea. Our “peacekeepers” and supporters of the ideas to limit themselves to the small, the Donbass and the Sea of ​​\uXNUMXb\uXNUMXbAzov, were able to clearly see that the presence of long-range missile systems in Kyiv makes the Black Sea area deadly for Russian ships, aircraft and other military and civilian infrastructure. The Nikolaev-Odessa liberation operation has no alternative, and it will take place by land, preferably as soon as possible, without delay.

The objective reality is that it is possible to ensure the security of our country only by moving the state border to Poland. From the territory of any Ukrainian enclave, we will be getting harder and harder.
Reporterin Yandex News
Reporterin Yandex Zen
22 comments
Information
Dear reader, to leave comments on the publication, you must sign in.