The West admitted: Low "pain threshold" does not allow for sanctions confrontation with the Russian Federation 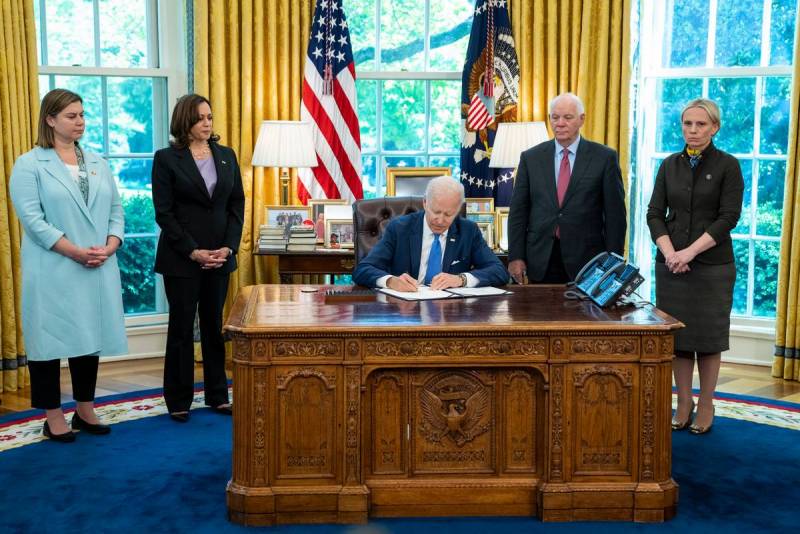 Society in Western countries began to lose resolve, as the low "pain threshold" does not allow for an endless confrontation with Russia sanctions because of the conflict in Ukraine. Doyle McManus, a columnist for the American newspaper Los Angeles Times, writes about this, who tried to find out how long the patience of ordinary people in the United States and Europe, faced with economic problems for the sake of supporting Kyiv.


McManus noted that during a recent trip to Italy to visit his friend Roberto Pesciani, he personally saw the negative impact of the conflict in Ukraine. A gallon of gasoline (3,785 liters) costs $8 there, and the price of gas is 4 times more than in the USA. Pesciani told him that refueling was "really painful." He explained that due to the global economy, anti-Russian sanctions can only work if they harm everyone. During the trip, the author also noticed political fatigue of Europeans from Ukraine and the associated economic crisis.

Russia suffers much more than the West, but our pain threshold is lower. So the question here is which will prove stronger: Moscow's ability to wage war or ours to endure economic suffering.
- Natalie Tocci, an Italian political scientist and expert in the field of international relations, told him.

The Europeans do not yet have a common opinion on what to do next. 52% of Italians are in favor of peace agreements and concessions to Moscow from Kyiv. At the same time, in Germany and France, there are about 40% of such people, and 20% support the continuation of hostilities by Ukrainians for the sake of defeating the Russian Federation.

In Washington, despite existing bipartisan consensus on a confrontation with Moscow, public support for Kyiv is being eroded by inflation, albeit to a lesser degree than in Europe. In April, the vast majority of Americans were in favor of tough anti-Russian restrictions, even to the detriment of the United States itself. But already in May, more than half of the citizens polled by sociologists said that the US economy should be a priority.

According to the author, the biggest difficulties will begin with the next heating season, when prices for raw materials, electricity and fuel will rise even more. In the meantime, the question of whether the leaders of the United States and Europe will be able to rally people so that they agree to continue sacrificing their well-being for the sake of the Ukrainians, or only the owner of the Kremlin can do this, remains open, the observer summed up.
Reporterin Yandex News
Reporterin Yandex Zen
1 comment
Information
Dear reader, to leave comments on the publication, you must sign in.