Japan urged to build up military power against Russia 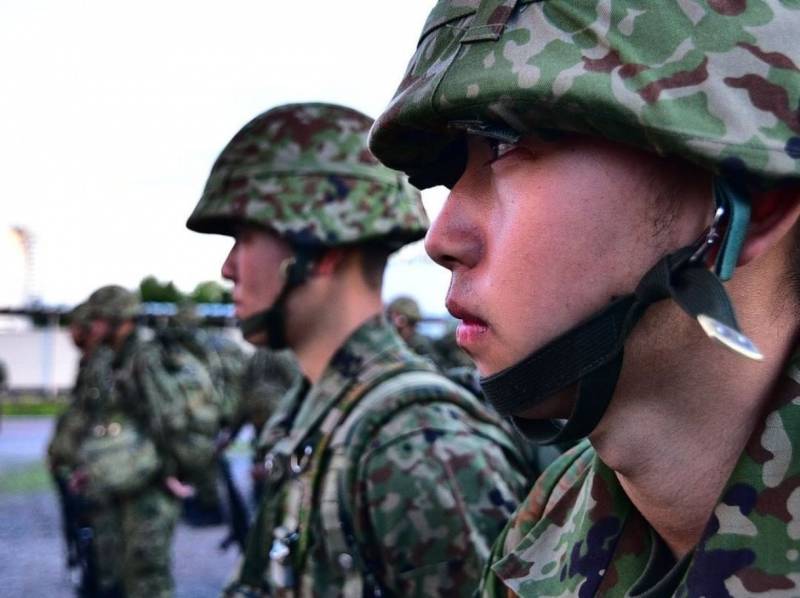 The ANN News channel showed on its YouTube a new video with the air defense exercises of the Japanese Self-Defense Forces on the coast of Hokkaido in the context of the confrontation with Russia.


In particular, the use of a Japanese anti-aircraft missile system on a wheeled chassis called "Type 93" is shown. He is known for working primarily on low-altitude targets. An unmanned aerial vehicle with a rocket engine was used as a target. In addition, the viewer was shown other, rather rare footage with details of the work of army air defense.

Although the training ground at which the exercises were held is located on the southern coast of the island, no one concealed who was meant by the likely enemy. In particular, Takeshi Nakayama from the 11th Air Defense Regiment said that Russia is now treated with much more wariness in connection with the Ukrainian events than before.

In order to further concretize the image of the enemy for the viewer, the plot also mentions the everyday life of a small garrison of the Self-Defense Forces in the town of Shibetsu, which is already in close proximity to the island of Kunashir, which, along with the islands of Iturup, Shikotan and the Habomai ridge, is part of the territorial dispute between Japan and the Russian Federation.

It is noteworthy that it is in Shibetsu, as reported in the story, that one of the three multifunctional observation points for the situation is located. The second works also in the north of Japan, in the city of Wakkanai, and only the third is taken out to the extreme south - the island of Yonaguni.

The story noted the "constant combat readiness" of the garrison on Shibetsu and the difficult strategic situation in general in connection with the joint exercises of Russia and China. Mentioned and the threat from North Korea.

I saw this after watching videos of American and Chinese troops, but I was worried that the Self-Defense Forces were not up to this level.
For Editor responded.

It goes without saying that such an army technique and preparation are also important, but only nuclear weapons can withstand the power of Russia. After all, Japan has no choice but to acquire one. Nuclear weapons are the only and most reliable way to protect the homeland
says 2020.

I think the exercises can also be a deterrent. I want to say thank you to all the military self-defense forces
thanks vilolet666.

It is clear that in order to avoid an attack from all sides at the same time, including Russia, it is necessary to build up military potential.
called the user Hiro.
Reporterin Yandex News
Reporterin Yandex Zen
1 comment
Information
Dear reader, to leave comments on the publication, you must sign in.