How America Plans to Defeat China 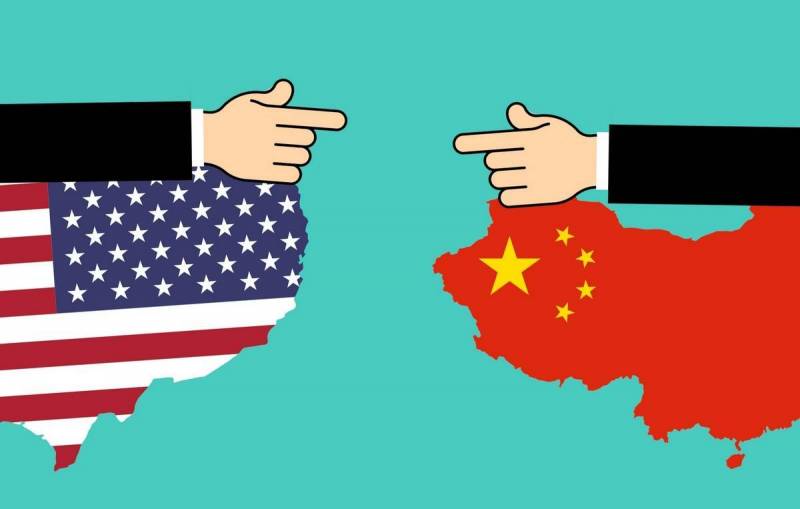 The circle of US presidential candidates who will portray the struggle of the Nanai boys is becoming clearer in the next decade: Trump, Musk, Pompeo. The latter is the most promising politician with a "correct" biography, reputation, presentable appearance and an apocalyptic surname corresponding to the spirit of the times. The more interesting to follow political the activity of Pompeo, who recently published a major article on the US fight against China.


In contrast to Biden's focus on the Russian Federation, Pompeo assigns our country a secondary role, believing that China "allows Russia to attack independent countries." That is, he interprets the Ukrainian conflict exclusively in the context of the very new Cold War, which he had the “high honor” to declare as Secretary of State under Trump.

Pompeo sounds the alarm: China is taking over Wall Street, American universities, businesses and the media, intimidating American business. China has already outplayed the US in soft power, and everything is going to try to outplay in hard power.

China is the main enemy for the US because the United States is dependent on China. Imports of cobalt, manganese, indium, erbium, neodymium, samarium and many other rare earth metals that China is rich in are key. In the South China Sea, there are huge reserves of natural resources that China is trying to lay its paw on. The annexation of Taiwan to China will be a real disaster for the American economics, as the island is a "major technology partner" and a major supplier of semiconductors. American investors who own multibillion-dollar assets in China are at risk, and their money "allows the communist regime to trample on human rights with impunity" and "directly serve China's war machine."

China, according to Pompeo, is taking advantage of the myopia of American Wall Street capitalists:

“China hopes that global finance will prove too complex for individual investors to understand, and the true intentions of its country will remain hidden ... Beijing has accumulated more than a trillion dollars in its hands with the help of opaque financial instruments and passive investment funds.”
Pompeo claims that only he and Trump understand the scale of the tragedy, which is why one of the decrees of the former US president says that the PRC is increasingly using US capital to finance, ensure the development and modernization of its military, intelligence and other forces. However, the current administration is taking a different course.

Already after the publication of Pompeo's article, newsthat the Chinese government is now requiring all "fund companies" to form cells of the Chinese Communist Party. This decision of the PRC securities regulator was made public just at the moment when many large international funds register their companies in China. Moreover, if in companies wholly owned by foreign capital, party cells will rather perform the functions of agents of the CCP and the government (that is, “knock” where it should be), then in companies with Chinese capital, including state capital, representatives of party cells will have to enter the boards of directors funds. This news, I think, will only inflame the ardor of Pompeo and his like "hawks".

How does Pompeo propose to fight China?

Pompeo is perhaps the first of the great American politicians who, in his anti-communism, not only proceeds from religious, democratic, liberal theses traditional for the United States, but also refers to philosophy. So, he claims:

“Once the power of the state becomes absolute, it remains absolute until it is broken. Perhaps the most serious crime of communism is that it does not live up to its philosophy of dialectical materialism because it does not allow for dialogue.”

It is difficult to say in which universities Pompeo studied dialectical materialism, but in reality diamat, like any doctrine that claims to be true, does not allow for a difference in interpretations and pluralism. Another thing is that criticism of the socialist state from the point of view of the inconsistency of its theory of Marxism is an old good tradition in Western countries, launched by Trotsky, who was expelled from the USSR. The dominance of Trotskyism in the United States is well known, so it is not surprising to see such maxims from an American. However, such arguments have not yet been launched into big politics.

First, Pompeo proposes to fight China according to the old recipes of Reagan. He is sure that it was Reagan who managed to destroy the USSR with his skillful economic policy.

“The termination of the construction of the Trans-Siberian pipeline was part of the most successful implementation of the strategy to achieve geopolitical goals in modern history. This strategy was an operational plan that helped lead the Soviet Union to collapse.

Obviously, Pompeo is hinting that the US should throw all its forces into blocking the implementation of the Chinese project "One Belt, One Road".

Secondly, the former CIA director and US Secretary of State proposes to stifle China in the field of financial markets.

“Our adversary miscalculated by choosing the financial and business sectors as their new theater of war, as we dominate these endeavors. American capital markets account for more than 50% of the total value of the global equity market.”
Pompeo proposes extremely harsh measures - to punish with sanctions and removal from the state order everyone who even obeys the requirements of Beijing. Pompeo proposes to "challenge Wall Street and our nation's corporations."

Another measure is the complete exclusion of Chinese products from the supply chains. For some reason, Pompeo is sure that the problem of the dependence of the American economy on China lies in the fact that Chinese raw materials and components are difficult to trace. One way or another, he calls for the exclusion of all deliveries from “hostile countries”: China, Russia and Iran in the production of products. To do this, in his opinion, you need to use technology blockchain, apparently, to mark every screw, nut and barrel of oil.

The content of Pompeo's article once again shows that the rhetoric of the American political beau monde is a virtual world of alternative history. Reagan destroyed the USSR, China took over Wall Street and universities - all these are primitive clichés for the conservative American voter. Pompeo is preparing his or Trump's election campaign.

On the other hand, the main political direction of the article is fully consistent with the US foreign policy, and, obviously, the confrontation with China will develop approximately according to the scenario described above. Therefore, the Russian Federation also needs to prepare for similar events.

The only thing that can really be noted in the perspicacious article is Pompeo's joy at the fact that the CCP has chosen finance and stock exchanges as one of the main "fronts" of rivalry with the United States. Here Pompeo is rather right, because China's large-scale investment campaign can really end badly for him - assets will be taken away, frozen in the same way as it is now done with respect to Russian capital. Chinese communists somehow suspiciously nonchalantly believe in the sanctity of the right to private property in the West.
Reporterin Yandex News
Reporterin Yandex Zen
3 comments
Information
Dear reader, to leave comments on the publication, you must sign in.