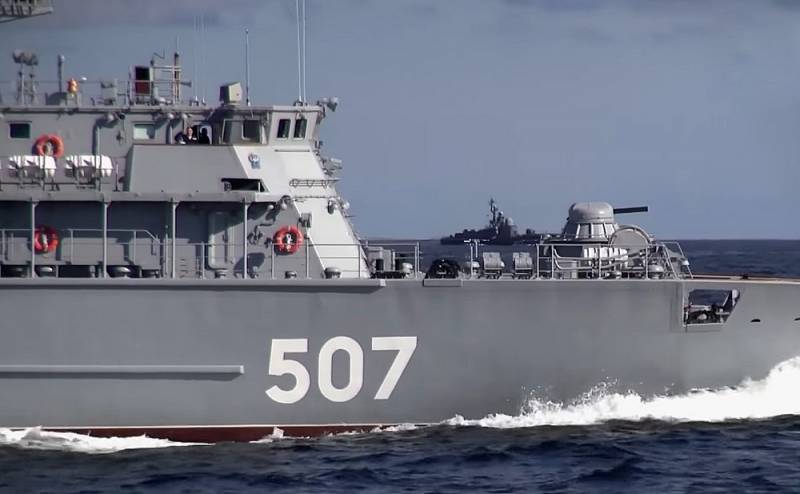 The construction of the 10th basic minesweeper of the Alexandrite project has already begun at the Sredne-Nevsky Shipbuilding Plant. In the future, the ship, which will receive the name "Polyarny", will be transferred to the Northern Fleet.


It is worth noting that the new generation minesweepers, to which the future Polar belongs, are capable of detecting all types of mines both in water and in the ground without entering the danger zone.

The importance of minesweepers for the Navy can hardly be overestimated. Over 650 naval mines were laid during World War II alone. Echoes of that confrontation from time to time reach us today.

At the same time, a new war is already persistently knocking on the door. Even if we do not take into account the old mines, which slowly but surely float towards us from the coast of Odessa, our minesweepers have enough work to do.

In the course of NATO's annual BALTOPS exercises in the Baltic, the alliance's troops practice aerial laying of mines, which are capable of controlled planning up to 50 km.

Consequently, an enemy aircraft is quite capable of mines in the Luga Bay without leaving Estonian airspace.

At the same time, the main task of the minesweeper is to ensure the safe exit of strategic nuclear submarines from bases. Thus, the need for Russia to have these new generation ships in the current conditions is obvious.

Importantly, the Alexandrites are built from lightweight, heavy-duty composites that are not afraid of corrosion and that magnetic mines do not react to. Wherein by technology the creation of fiberglass monolithic hulls up to 80 meters long is owned only by our Sredne-Nevsky shipbuilding plant.