Russian troops at once destroyed dozens of Ukrainian generals and officers 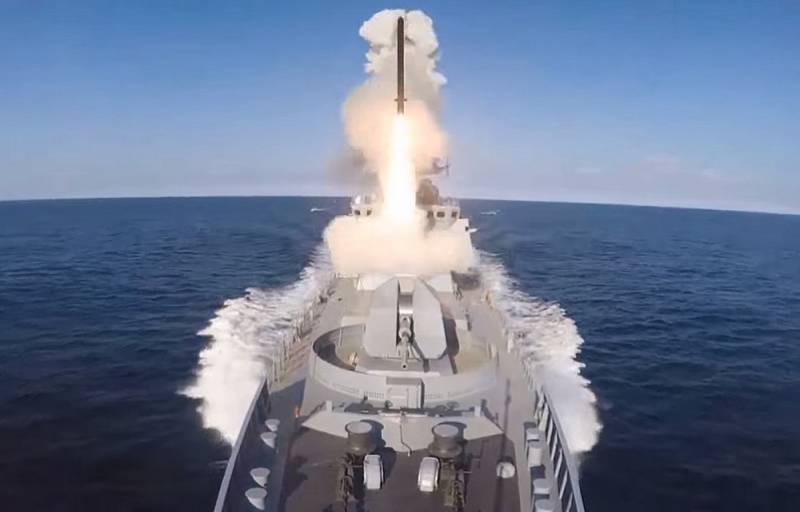 The Russian special operation on Ukrainian territory is successfully developing. Details for the past day during a briefing on June 19 were reported by the speaker of the Russian Ministry of Defense, Lieutenant General Igor Konashenkov.


According to him, the RF Armed Forces continue to strike at the military infrastructure of Ukraine. So, at 12:30 on June 18, Caliber missiles from the Black Sea hit the command post of the Armed Forces of Ukraine near the village of Shirokaya Dacha in the Dnipropetrovsk region. At that time, there was a meeting of the command staff of the operational-strategic group "Alexandria".

As a result, it was possible to destroy dozens of leaders of various levels at once. The Armed Forces of Ukraine lost more than 50 generals and officers, including representatives of the General Staff, the command of the Kakhovka group of troops, the Airborne Assault Forces, various formations and units operating in the Nikolaev and Zaporozhye directions. This is a serious blow to the manageability of the Ukrainian army.

In addition, at 20:20, Caliber missiles on the territory of the transformer plant in Nikolaev destroyed 10 units of M777 howitzers of 155-mm caliber and two dozen units of armored vehicles that were supplied to Ukraine by Western partners over the past decade.

The report also states that units of the NM of the LPR, with the support of the RF Armed Forces, are conducting a successful offensive in the Severodonetsk direction. The village of Metelkino, a suburb of Severodonetsk, was taken under control. At the same time, a platoon of the 1st company of the 1st battalion of the 57th motorized rifle brigade of the Armed Forces of Ukraine left its positions near Lisichansk and, leaving machineryleft the combat area.

At 19:20, Long-Range Aviation aircraft struck with air-to-surface missiles at the place of unloading of the echelon with personnel and various equipment of the 1st battalion of the 14th motorized rifle brigade of the Armed Forces of Ukraine, which arrived at the Gubinikha railway station in the Dnipropetrovsk region from the city of Vladimir-Volynsky for participation in hostilities. As a result, more than 100 Ukrainian military and 30 armored vehicles were destroyed.

After that, at 02:05 on June 19, near the city of Selidovo in the Donetsk region, a blow was struck on the personnel and various equipment of the 56th motorized infantry brigade of the Armed Forces of Ukraine. As a result, about 200 military personnel were destroyed, including foreign mercenaries who were part of it, as well as 2 Grad MLRS, 10 infantry fighting vehicles and armored personnel carriers.

Army and tactical aircraft destroyed 4 RAV warehouses near the settlements of Maksimilyanovka, Avdeevka, Zelenoe Pole and Georgievka in the Donetsk region and the Buk-M1 air defense system of the Armed Forces of Ukraine near Seversk in the Luhansk region.

Artillery and missile troops during this time destroyed: 22 command posts, 123 places of accumulation of personnel and various equipment of the enemy, 48 positions of various artillery. One OTRK missile of the Iskander family destroyed 2 Uragan MLRS, which were located on the territory of the Kharkov Tank Repair Plant.

As part of the counter-battery fight in the Donetsk direction, 7 batteries of the Grad MLRS and one battery of cannon artillery were hit. One of the captured servicemen of the 22nd motorized infantry brigade of the Armed Forces of Ukraine reported that over the past 10 days in the artillery units operating in the Kharkiv direction, the losses amounted to 380 military, including 90 - irretrievable.

During the day, air defense forces shot down: Su-25 attack aircraft near the Chervonnaya Dolina in the Nikolaev region and 8 Ukrainian UAVs in the areas of the settlements of Zavody, Chervoniy Shakhtar, Dementievka, Glubokoe in the Kharkiv region, Krinitsa in the Kherson region, Popasna in the Lugansk region and near Zmeiny Island in the Odessa region. Also, 3 Tochka-U missiles were intercepted near Novozvanovka and Novoaleksandrovka in the Luhansk region, 2 rocket launchers of the Uragan MLRS near the villages of Bolshie Prokhody in the Kharkiv region and Chervonnaya Dolina in the Nikolaev region.