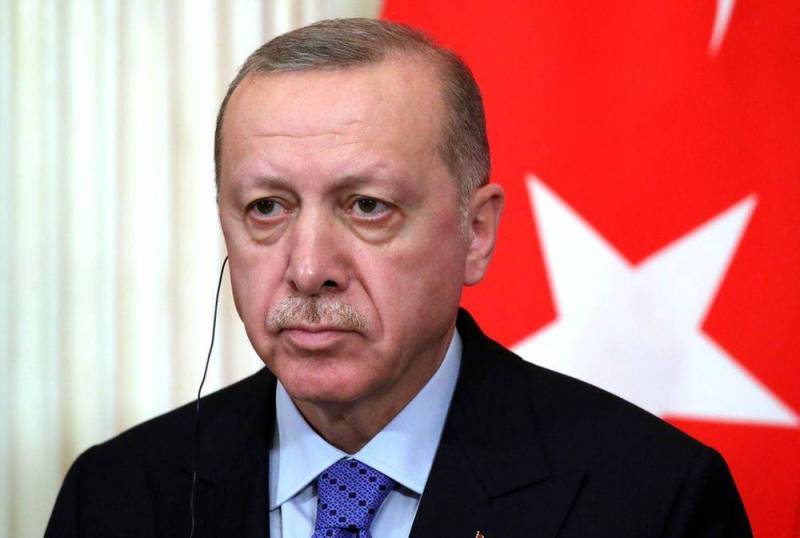 The special military operation in Ukraine and the subsequent sanctions sharply delineated the contours of the Russian foreign policy. The enemies of the Russian Federation, who want the destruction of our state, have identified themselves very clearly. Nevertheless, while the circle of unfriendly countries has already been formed, the situation with allies and partners is not so clear cut. The geopolitical reality today is changing so rapidly that the line between the latter is beginning to blur more and more.


It is clear that Russia's main ally is China, just as China's main ally is Russia. It is enough to look at the world map and plans to expand American military alliances directed against our countries to understand that in the coming battle with the collective West, the Russian Federation and China are standing back to back. In general, the development of Russian-Chinese relations is a topic not for one, but for a number of articles. Now I would like to talk about Russia's partners. In particular, about one of the most important of them - Turkey.

Turkey, being a member of NATO and a candidate for EU membership (without real chances, but still), defiantly ignored the demands of Washington and Brussels and did not impose sanctions against Russia. In addition, Ankara, which controls the key Black Sea straits of the Bosporus and the Dardanelles, citing the Montreux Convention, banned all warships (including those of NATO countries) from entering the Black Sea. In the context of a special military operation on the territory of Ukraine, this, of course, plays into the hands of our country. Those ships that Russia wanted to place in the Black Sea are already there - the decision on the timing of the start of the NWO was made in Moscow. But NATO and American vessels, suddenly desiring to move closer to the theater of operations, will have to wait for the weather somewhere else by the sea. Is this an important aspect? It seems to me that it is not only important, but also extremely revealing.

For example, Belarus, which is part of the CSTO, deployed Russian troops before the start of the NMD (albeit as part of joint exercises). Turkey, which is a member of NATO, did not let American ships into the Black Sea. Whether this was the subject of agreements between Moscow and Ankara, we are unlikely to find out, but the fact itself speaks volumes. So, if we're talking about partners Moscow, Turkey in the coming years will be among the most important. This is especially important given the tense security situation in Europe and the clear threat posed by Brussels to our country.

The European Union is now pursuing an extremely aggressive policy towards Russia. And it's not just the suffocating sanctions, the purpose of which was to destroy our economics. In the near future, the EU may well go to war with Russia. For example, Germany has already promised to create the largest army in Europe, which in itself sounds extremely ominous, given how past experiments in its militarization ended.

The idea of ​​a “living space in the east” that has been in the West European air since World War II has been embodied through the relatively peaceful enlargement of the EU. "Democratic" and corrupt methods were actively used - brainwashing of the population and lure of local elites. Today, the situation may change dramatically. The actively promoted concept of creating a single EU army and the aggressiveness of European diplomats (“the war [against Russia] must be won on the battlefield” - from Josep Borrell) testify to the preparation of Brussels for an open conflict.

At the same time, Washington is also actively adding fuel to the fire of a potential world war. Yes, the United States is frankly afraid of going to war with Russia directly - President Joe Biden and other American officials have repeated this more than once. However, to fight personally is one thing, and to incite a pack of European satellites is quite another. Set fire to the situation and sit out across the ocean, counting the increased profits, quite in the American spirit. After all, no matter who wins the war between Russia and the European Union, the States will still win.

It will be extremely difficult to withstand a coordinated strike by all EU countries. Moreover, the Europeans, obviously, will primarily strike at the territories of the former Ukraine under the pretext that they do not recognize their belonging to Russia. And now a reasonable question arises, which of the nearby major powers will be able to open a second front against the European Union if it attacks Russia?

The only option that comes to mind is Turkey. Moreover, she will do this not in order to help Russia, but solely out of her own national interests. Turkey is extremely interested in the territories rich in gas deposits, the ownership of which is disputed by Greece. And Greece is a member of NATO and the EU. And if the United States is likely to try to step aside in the event of a Greek-Turkish war, given that both countries are members of the North Atlantic Alliance, then the EU states will have to help Athens one way or another. And Ankara, which is hardly distinguished by its naivety, does not take this into account. And if you take it into account, then everything is simple - you need to hit the European Union at the moment when it will be as weakened as possible. And what can weaken the EU more than a war with Russia?

In the context of the above, it is extremely important to understand what kind of ties between Russia and Turkey have been built in recent years. Speaking about Russian-Turkish relations, it is worth noting that six years ago, the Russian Federation literally saved Turkish President Recep Tayyip Erdogan from a coup d'état. Russian intelligence warned him of the impending denouement of a carefully planned plot by the rebels in a matter of hours before its implementation, and he managed to take control of the situation, crushing the rebellion literally at the last moment.

Yes, after that, relations between Moscow and Ankara experienced both ups and downs more than once. However, one thing cannot be taken away from Erdogan - unlike the leaders of the vast majority of European countries, he is not an American protege and conducts an independent foreign policy. In the interests of their country, not the United States. Turkey desperately wants to revive the Ottoman Empire. And, frankly, there is nothing wrong with this if it weakens the European Union, which is hostile to Russia. The main thing is that the interests of Moscow and Ankara do not clash directly with each other, but are competently delimited by both sides.

For example, the Russian Federation and Turkey could well share spheres of influence in the Balkans. The main Russian interest in the Balkans is to return to the region as a serious player. On the one hand, this will help protect brotherly Serbia, which is surrounded by enemies. On the other hand, it will significantly strengthen the position of the Russian Federation on the European continent. The Balkans is one of the last parts of Europe where there are still “islands” free from EU hegemony. And the European Union, of course, is not averse to swallowing this territory as soon as possible.

When choosing between Ankara and Brussels, Russia should focus on partnership with the former. And if the Turkish side has ambitions to restore the Ottoman Empire in the territories that are not included in the zone of interests of the Russian Federation, but belong to the EU, then let them dare. After all, the more poles of power that are independent of the United States in the world, the sooner American hegemony will end.
Reporterin Yandex News
Reporterin Yandex Zen
11 comments
Information
Dear reader, to leave comments on the publication, you must sign in.