Completely updated "Abrams": the first image of the new tank for the US Army 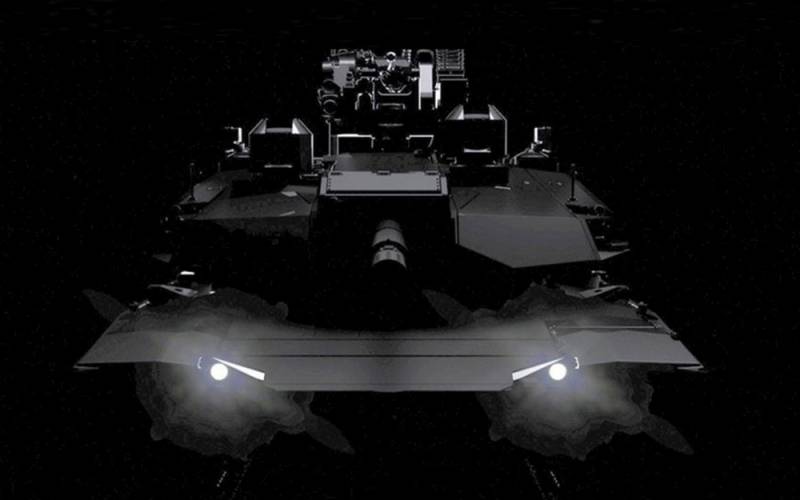 In 1981, the M1 Abrams ("Abrams") tank was adopted by the US Army. Now the Pentagon and General Dynamics Corporation are working on another upgrade of this MBT. In October 2022, a completely updated version of the M1A2 SEPv4 should be officially presented to the public, but interesting details can already be seen in the first image published on the Web.


The latest version of the Abrams, which is in service with the US Army, is the M1A2 SEPv3. The improved tracked combat vehicle will receive a completely new turret. It will be with a low profile, but habitable or not, is not yet known. Whether this will affect the number of crew members is also not clear.

The gun will also be updated, but its caliber will remain the same 120 mm. It will work in tandem with an automatic loader. The barrel of the gun is similar to that used by the XM-360 gun. A few years ago, she was tested on the MCS XM1202 infantry fighting vehicle as part of the FCS program. It is expected that the new gun will provide the ability to hit targets at a distance of up to 10 km, but how it will be in reality is still difficult to assess.

Reconnaissance of the area and target designation for firing will be carried out using airborne drones. Probably the same as recently submitted the public of the latest German tank KF51 Panther manufactured by the Rhainmetall concern, equipped with a 130-mm gun.

The new generation American tank, like the future German-French EMBT tank, will receive a remote-controlled installation with a 30 mm automatic cannon and a 7,62 mm machine gun. This will allow hitting lightly armored targets without spending expensive 120mm rounds.

Detailed changes in the chassis, hull and MTO can only be assessed after the appearance of the M1A2 SEPv4 in metal. The developers assure that they are making efforts to reduce the mass of the tank, since 70 tons is a critical weight for logistics and transport infrastructure.

The Americans want the M1A2 SEPv4 to take the lead among MBTs in the world. The tank will also receive an updated laser rangefinder, color video cameras, an improved turret ring with slip rings, meteorological equipment, ammunition programming tools, radiation warning devices and improved 120-mm projectiles with increased efficiency. The central element of the terms of reference is the introduction of a new third-generation thermal imaging system. A new type of digital equipment should have a higher resolution and an increased detection range. Engineers also want to reduce the sensitivity of equipment to various interferences. New thermal imagers will allow the tank to find and identify potentially dangerous objects earlier, which will give it an advantage over others. Modern sights with a night channel will also allow you to gain an advantage in the observation range, thanks to which the tank will detect the enemy before he notices him.

In addition, it is proposed to install means for detecting laser radiation, as well as the use of a system of circular visual review. New meteorological sensors will increase the accuracy of current conditions and fire efficiency. An interesting innovation will be improved slip rings connecting the hull and turret equipment. With their help, it is planned to reduce the number of necessary "boxes" with equipment that provides communication between various on-board equipment. They promise that there will be an active protection system for the tank.
Reporterin Yandex News
Reporterin Yandex Zen
3 comments
Information
Dear reader, to leave comments on the publication, you must sign in.