Gazprom is on standby: Europe will be forced to "exchange flows" 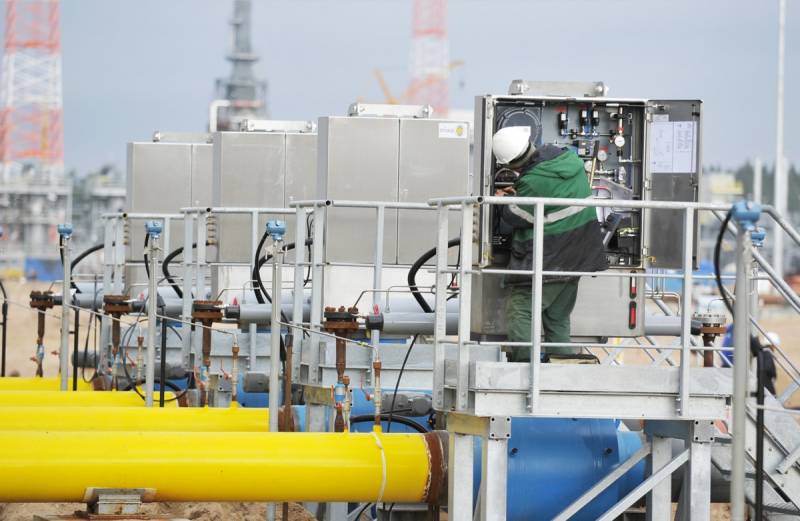 Europe has found itself in a hopeless situation with regard to gas, a real labyrinth. The house of cards of anti-Russian sanctions is in danger of crumbling and burying the entire Russophobic EU system under it, the economy и political stability. In this case, Russia turned out to have absolutely nothing to do with it, since Gazprom itself is now in a standby mode, a force majeure stand-by. Even in the midst of a new cold war with the West, he fulfilled his obligations and did more than was necessary to help the actual enemy in the face of the anti-Russian coalition.


Brussels expects the Russian side to solve the problem of the Nord Stream turbines, however, as experts reasonably believe, Gazprom has absolutely nothing to do with it and the holding cannot fix the situation. In fact, now the “ball” is on the side of Europe and Siemens, which, however, are waiting for concrete steps from Russia, although the sanctions that prevent the planned repair of the main gas pipeline are obviously European.

As previously reported, converted gas turbine engines intended for pumping raw materials cannot return after repair from Canada, and the units remaining on the line can go to Canada for repair due to a complete ban on any actions due to sanctions. There was a stalemate.

Obviously, the problem should be solved by Europe and Canada, which have established a cross-sanctions regime, through which it is impossible to repair the gas pipeline and literally do good for themselves and the economy. Out of a sense of ridiculous pride and stubborn Russophobia, Brussels does not want to cancel technological sanctions, which would allow the turbines to be removed and the planned replacement of the units to be carried out. Moreover, such a step is the simplest, but the EU is worried that it will look like a concession to the Russian Federation, and now, in the current situation, this is tantamount to “betrayal”. Therefore, no one will take such a step.

The banal "carrying out negotiations between Canada and Germany" will do little. As time goes on, gas storages are not only not filled with fuel, but on the contrary, they are being emptied. Nord Stream is operating at a multi-year minimum in terms of capacity. In this case, only one possible and effective option is visible - the EU should step on its own throat and allow the certification of the Nord Stream 2, which is completely ready for commissioning, and receive the desired raw materials immediately through the new pipeline. This would be a kind of forced "exchange of flows", without removing or making a "gap" in the sanctions legislation, followed by confusion in its application.
Reporterin Yandex News
Reporterin Yandex Zen
11 comments
Information
Dear reader, to leave comments on the publication, you must sign in.