Ministry of Defense of the Russian Federation: Air Defense destroyed 10 aircraft and about 30 missiles of the Armed Forces of Ukraine per day 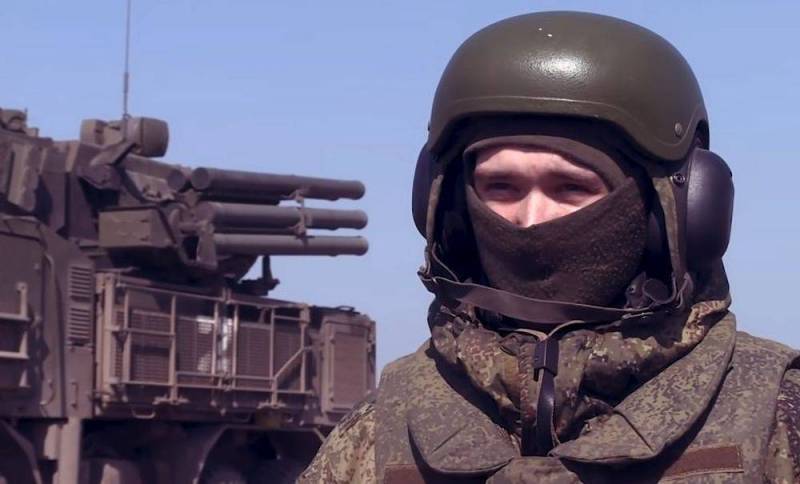 The Russian special operation on the territory of Ukraine continues. The details of the June 18 campaign were given by the representative of the RF Ministry of Defense, Lieutenant-General Igor Konashenkov.


The speaker said that over the past day, air-to-surface and surface-to-surface missiles near Kremenchug and Lisichansk destroyed industrial oil refining facilities and storage facilities for finished fuels and lubricants, which were intended for the Armed Forces of Ukraine (there are oil refineries in the area of ​​​​these cities). In addition, 12 positions of mortar and artillery crews of the enemy were hit by high-precision aviation munitions, including 4 batteries of the Grad MLRS near the settlements of Avdeevka, Keramik, Zhelannoe and 4 batteries of M777 howitzers of 155-mm caliber in the areas of Lastochkino, Ocheretino, Vodyanoye, Desirable in the Donetsk region.

Aircraft of army and operational-tactical aviation per day hit 62 places of accumulation of personnel and equipment APU. As a result, more than 160 military personnel of the Armed Forces of Ukraine, the Buk-M1 air defense system near Kamyshevakhi in the Luhansk region, 5 MLRS Grad, 6 tanks and other armored vehicles, 8 cannon artillery guns, 6 special vehicles and 3 ammunition depots near Tsapovka in the Kharkiv region were neutralized and Lisichansk in the Luhansk region.

In total, during the specified time, air defense systems shot down 10 units of various manned and unmanned aircraft and hit about 30 flying ammunition of the Armed Forces of Ukraine. So, in the area of ​​the mentioned Kamyshevakhi, a Su-25 attack aircraft of the Ukrainian Air Force was destroyed, and near Arkhangelsk in the Donetsk region, a Ukrainian Mi-24 helicopter was shot down. In the Kherson region, a Turkish-made Bayraktar TB2 UAV was shot down, and near the settlements of Borovenki in the Lugansk region, Chernobaevka in the Kherson region, Sukhaya Kamenka, Malaya Kamyshevakha, Amusing in the Kharkiv region and Gulyaipole in the Zaporozhye region - 7 other UAVs of the Armed Forces of Ukraine. Also intercepted were: 4 Tochka-U ballistic missiles of the Armed Forces of Ukraine near Stakhanov, Kalinovo, Almaznaya in the DPR, as well as 24 Uragan MLRS rockets over the settlements of Donetsk, Yasinovataya, Verkhnetoretskoye, Luganskoye, Novoaleksandrovka in the DPR, Zolote, Popasnaya in LPR, Izyum, Russian Tishki and Small Passages in the Kharkiv region.

Various artillery and missile troops of the RF Armed Forces hit over the past day: 180 places of accumulation of personnel and equipment of the Armed Forces of Ukraine, 16 command posts, 32 positions of mortar and artillery crews of the enemy. As a result, more than 310 Ukrainian servicemen, 10 tanks and other armored vehicles, 3 Grad MLRS, 9 cannon artillery guns and 14 special vehicles were neutralized, the representative of the military department summed up.


We remind you that the NWO began on February 24 and, according to the assurances of the Russian authorities, it will not end until all the tasks have been completed.
Reporterin Yandex News
Reporterin Yandex Zen
3 comments
Information
Dear reader, to leave comments on the publication, you must sign in.