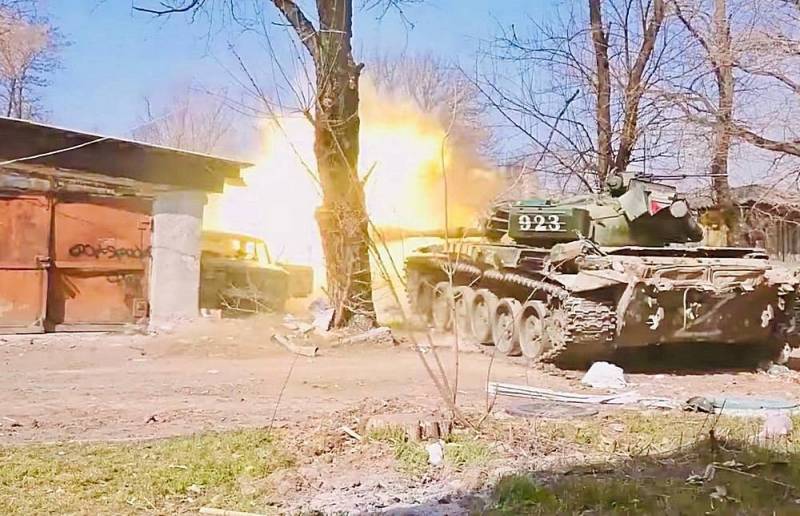 Russian special operation on Ukrainian territory continues. The parties report on the fierce battles going on in the Donbass.


According to the summary of the General Staff of the Armed Forces of Ukraine on the morning of June 18, Russian troops do not stop trying to break through to Slavyansk. They are conducting an offensive, making assault actions from Krasnopolye and shelling the positions of the Armed Forces of Ukraine near Dubrovno, Dolina, Grushuvakha and Adamovka.

On the Liman direction, the Russians are inflicting artillery strikes on Ukrainian positions near Sidorovoe and Mayakov. At the same time, the main efforts of the RF Armed Forces, as well as allied forces from the LPR and DPR, are concentrated in the Severodonetsk and Bakhmut directions. The capture of Bakhmut (Artemovsk) will allow cutting off the APU grouping near Lisichansk and Severodonetsk.

Bloody battles for the city of Severodonetsk continue. The positions of the Armed Forces of Ukraine are also subjected to artillery strikes in the areas of the settlements of Metelkino, Ustinovka, Voronoy, Zolote, Controversial, Berestovo, Soledar, Klinovoye, Troitskoye, Nagornoye, Gorskoye, Kodemy, summed up in the summary of the General Staff of the Armed Forces of Ukraine.

At the same time, the DPR informed that on June 18, the city of Donetsk was once again shelled by the Armed Forces of Ukraine. As a result, a fire started at the Topaz plant.


At the same time, two explosions were reported from the Dnepropetrovsk region in Krivoy Rog.

In Krivoy Rog, rockets arrive in the Inhulets region. According to preliminary information, there are damages and victims
- Alexander Vilkul, head of the military administration of Krivoy Rog, wrote on his blog, promising details later.

In turn, the Russian Defense Ministry showed footage of the combat work of the crews of the Ka-52 Alligator reconnaissance and attack helicopters of the army aviation of the Western Military District of the RF Armed Forces to destroy strongholds and armored vehicles of the Armed Forces of Ukraine during the NMD.