Does the UK have a chance to regain world hegemony 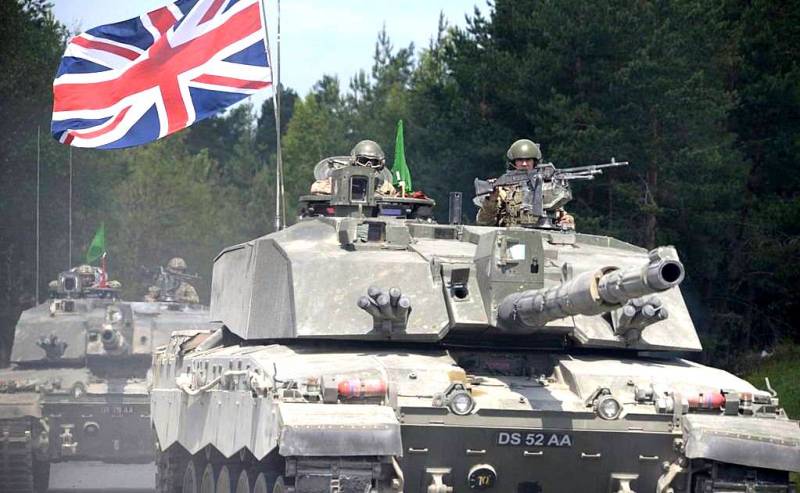 For several years, since about 2016 - since Trump's first presidential campaign - publications periodically appear on the Internet about the imminent return of Great Britain to the first place in the Western world: the "Englishwoman", they say, greedily rubs her paws and only waits for that when " Uncle Sam" will finally lose his grip on becoming the mistress of the seas again.


Moreover, official London itself does not make any statements that could be interpreted in this spirit. But in recent months, against the backdrop of the apparently fairly independent activity of the British government in the Ukrainian crisis, first, and then the conflict, talk about the British intercepting the initiative in the world policy became much more. Is Britain really going great again?

In predictions or, if you like, forecasts, the revival of the British Empire usually begins after some geopolitical catastrophe that hit the United States, as a result of which the current hegemon loses the practical ability to "reign and own everything."

The internal situation in the United States is indeed extremely difficult. Attempts by the Democratic Party to distract the population from real internal problems by promoting the LGBT agenda and complaining about “evil Russians” do not bring the desired result. As I mentioned in one of previous materials, the confrontation between the conditional "democrats" and "republicans" (but in fact, groupings of elites, not reducible to only official parties), relying on various kinds of radicals, has already taken the form of a civil quasi-war and is balancing not far from the brink of a real war.

However, the beginning of an open armed conflict, and even the hypothetical collapse of the United States will not necessarily lead to the simultaneous elimination of the North American state (or several new states) from the world stage; how the collapse of the Soviet Union did not lead to the complete "closure" of Russia.

Well, okay, let's make a bold assumption: the United States experienced a constitutional crisis, a depression, secession, and a civil war broke out. Nuclear submarines and aircraft carrier groups from all over the world rushed to the shores of the mother country to drown each other in the greatest battle of all time, in which Canada is inevitably drawn as well. The globe was temporarily left without a "house manager".

In this case, the UK "according to the documents" seems to automatically become the obvious leader among Western countries. In its favor speaks, first of all, the status of London as one of the most important exchange and banking centers of the world, and the pound sterling as the third most popular reserve currency. This treasury is guarded by the fourth army in the EuroNATO (after the Turkish, French and German ones) and the first fleet with two aircraft carriers, four strategic and seven attack nuclear submarines. Almost three dozen overseas military bases all over the planet, inherited from brilliant ancestors, are preserved.

Is this enough for imperial ambitions?

Who is Boris the Tsar?!

Although there are as yet no transvestites in the British state apparatus, only homosexuals, the outstanding "competence" of all these people, which is not inferior to the level of their American counterparts, is beyond doubt. What is Prime Minister Johnson alone, who has worked as a journalist for almost two decades and has been repeatedly criticized by his colleagues for outright lies and nonsense in his articles.

Just like in the US, the UK is seeing an increase in the share of immigrants in the total population. Along with it, the problems that arise on the basis of the difficult integration of people of alien cultures into society are growing: social stratification, crime, including organized ethnic. The average level of education of the population, including the indigenous, is falling; on the other hand, his narcotization is growing, taking into account the huge consumption of legal “antidepressants”.

From an administrative standpoint, the UK is certainly no denser entity than the United States. It also has its own separatists; Moreover, unlike the United States, where the debate about the secession of a particular state is still speculative and / or marginal, Scotland already held its referendum on secession from the kingdom in 2014, and then 44% of the population voted for independence. Even more questionable is the stability of Northern Ireland, which not only has its own autonomy within the UK, but is also the subject of claims by the Republic of Ireland.

Britain's own military resources are quite sufficient to defend the islands from any enemy - but not for countless interventions in the role of "world gendarme". The last overseas campaign that the British carried out solely on their own and in their own interests - the restoration of control over the Falkland archipelago in 1982 - was very difficult and cost quite sensitive losses.

Military losses, namely material ones, are something that the UK cannot afford now. The fact is that after the end of the Cold War, which was victorious for the West, the British military industry was seriously cut, and the remaining enterprises switched to tight integration with the military-industrial companies of other countries - the USA, Germany, Sweden and others. And although de jure it is the British holding BAE Systems that is the largest arms manufacturer in Europe, de facto the factories and shipyards located in the British Isles are not able to produce any military system entirely on their own, except for small arms.

Approximately the same can be said about the non-military part of the real sector of the British economics: it exists, includes several high-tech industries (aircraft and automotive industry, shipbuilding), but is critically dependent on international cooperation. Home agriculture, or rather, its remnants, even theoretically will not be able to feed the population of the islands in the event of a logistical crisis or blockade.

Meanwhile, just yesterday, the COVID-19 pandemic showed that in a critical situation, the entire gloss of the “post-industrial society” instantly flies off, and the dominance of banking with the service sector over the physical production of goods and food turns out to be a sign not of a “highly developed economy”, but of the absence of an economy as such. .

The current supposedly privileged position of Great Britain among other Western countries is precisely not some kind of absolute value, but only a successful position in the “table of ranks” of the American-centric unipolar world. London itself demonstrated all its precariousness during Brexit: a divorce from the European Union, which was seen as quick and relatively cheap, in fact turned into a multi-year lawsuit, the final balance of which has not yet been reached.

And the collapse of the unipolar system will turn out for the United Kingdom, perhaps, the greatest shocks among all Western European states. Continental neighbors, the same France and Germany, with the weakening of the American leader, will at least restore their sovereignty - by force and along with a bunch of internecine conflicts. Britain, with no small probability, will lose the majestic prefix from the name, the significance of the financial center, and perhaps even territorial integrity.

So the current extremely "independent" moves of Johnson and Truss are just trifles in the game. It is not worth seriously expecting the revival of the British Empire in any form, there are simply no real prerequisites for this. In the neglected reformatting of the world, the centers of accumulation of power are located in completely different places.
Reporterin Yandex News
Reporterin Yandex Zen
5 comments
Information
Dear reader, to leave comments on the publication, you must sign in.