Putin called the principles of Russia's development in the future 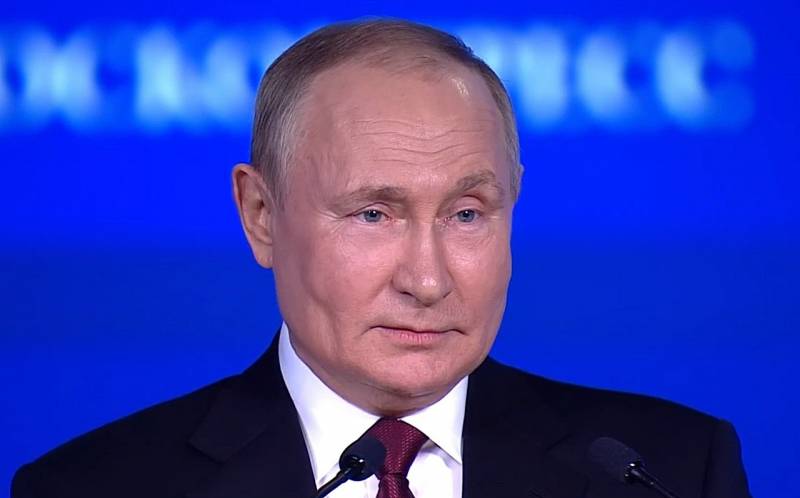 On June 17, Vladimir Putin delivered a speech at the St. Petersburg International Economic Forum. The President described the situation in Russia in connection with Western sanctions and outlined the principles of development economics country.


According to Putin, the West was counting on swooping down the Russian economy, hitting industry, finances and the standard of living of people. At the same time, powerful tools of information warfare were used.

However, the Western countries did not succeed, because entrepreneurs and authorities worked in a collected and professional manner, and citizens showed solidarity and responsibility.

We are step by step normalizing the economic situation. We are capable of solving any problem - the entire thousand-year history of our country speaks of this.
- said the head of state.

In this regard, the President recalled that the economic dynamics in Russia have stabilized, the financial situation has acquired the necessary stability. At the same time, special emphasis should now be placed on the fight against inflation, which peaked at 17,8 percent. At the moment, it has fallen to 16,7 percent and continues to creep down. At the same time, in some countries of the eurozone, this figure rose to 20 percent.

In fact, we are talking about an interest-free loan from the state
- Putin emphasized.

Since May, the rate on preferential mortgages has decreased, which now stands at 9 percent. Further, the Russian leader allowed it to decline to 7 percent. At the same time, it is necessary to support the construction and related industries.

The President also drew attention to the high level of Russia's food security and its readiness to increase sales abroad, primarily to the countries of Africa and the Middle East. The Russian Federation is successfully building its economic sovereignty.

The thesis that Russia is a backward country without an economy is false, but Western countries themselves believed in it, ignoring the real facts
the president remarked.

In this regard, Putin outlined six basic principles for the development of the country. The first one is openness. The second is to rely on freedom of enterprise.

Every private initiative should receive assistance if it is aimed at supporting Russia
- the leader of the country emphasized, assuring that the state would reduce the administrative burden on business and decriminalize a number of economic violations.

The fifth principle is the advanced development of infrastructure. In this regard, the President stressed the importance of developing green of technologies, regulation of tourism in specially protected areas and conservation of Baikal.

The sixth principle of the country's development is the achievement of true technological sovereignty.

Import substitution is not a panacea, not a cardinal solution. If we repeat others, we run the risk of being in the position of constantly catching up. We need to create our own competitive technologies, products and services
Putin said.

The President also noted the need to launch a new mode of operation of industrial clusters and preferential industrial mortgages at a rate of 5 percent per annum.

Russia is entering the coming era as a powerful sovereign country. We will definitely use new colossal opportunities and become stronger
- concluded the head of state.
Reporterin Yandex News
Reporterin Yandex Zen
18 comments
Information
Dear reader, to leave comments on the publication, you must sign in.