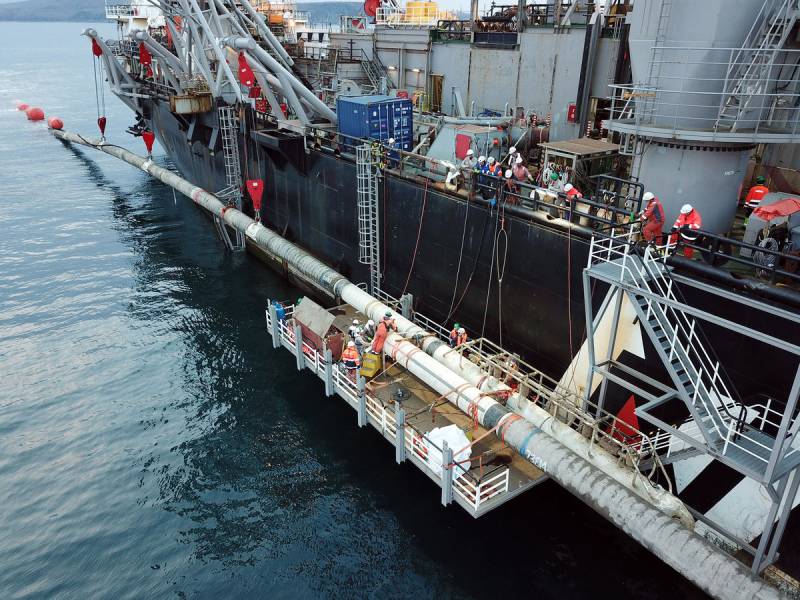 Europe is in a difficult time, not so much in terms of energy security and security, but because of the need to make a choice and free from prejudices for your own good. The situation with gas supplies is getting worse every day: in addition to overcoming the consequences of a fire on June 8 at one of the largest LNG terminals in the United States, the coast, where all of America's gas infrastructure is located, is waiting for a series of hurricanes to test, which will only worsen forecasts for the return of ports to normal functioning.


In addition, the problems with the first line of the Nord Stream are far from being eliminated. The Siemens concern is “silent” and is trying to find an excuse for its guilt, rather than correct the situation and give the repaired gas pumping units to the customer. This does not bring the end of the force majeure state of Nord Stream closer, but, on the contrary, postpones it.

In other words, the Baltic gas pipeline for an indefinite period falls out of the schedule for the supply of raw materials to the EU. With this in mind, the map of the export capacities of the Russian Federation today looks like this: no more than 1 million cubic meters are pumped through the SP-67 daily, through the GTS of Ukraine - 16 million, Turkish Stream supplies customers with up to 42 million cubic meters. Thus, Russian gas exports fell to almost 125 million cubic meters, which is a historical anti-record.

Europe suddenly suffered a real disaster, because for reasons beyond the control of American and Russian suppliers, export volumes to the EU dropped dramatically. And although in Brussels they talk about political background of the shutdown of Nord Stream 1, one cannot deny the fact that the same fate befell American traders. The tragic coincidence did not benefit customers from Europe. Be that as it may, but against the backdrop of the current situation and the extreme shortage, typical for the replenishment season, the price of raw materials jumped to $ 1500 per thousand cubic meters. The free market, the accession of which was so sought in the EU, is inexorable, it cannot be “pityed” by a critical situation and extreme need, it knows only the interests of the participants. By the way, that is why representatives of the Russian Federation have always opposed the transformation of gas into a market (spot) product and the trading of raw materials on stock exchanges.

The head of Gazprom, speaking at the SPIEF, did not fail to remind the EU that the second branch of the Nord Stream is completely ready and can save Europe at any moment. However, the EU is in a state of “intoxication” with Russophobia and anti-Russian hysteria, so it will be difficult for a whole galaxy of countries to consider the huge economic benefit from the launch of SP-2 for the delusion of conjectures about the "political moment" of stopping SP-1.

In fact, Europe found itself in its own trap. The failure of Siemens will very likely cost Brussels a difficult decision to launch Nord Stream 2, since even the repaired first branch of the gas pipeline, especially without LNG supplies (part of which will be intercepted by "insatiable" Asia), will not be able to ensure the pumping of the necessary huge volumes fuel in UGS facilities. Deadlines cannot physically be met. Now it remains only to wait for the strong-willed decision of the EU leadership, in which the most interesting part will be the resolutive motivational part, justifying the permission of what was so vehemently banned.
Reporterin Yandex News
Reporterin Yandex Zen
3 comments
Information
Dear reader, to leave comments on the publication, you must sign in.