America was accused of a "colonial" approach to small countries 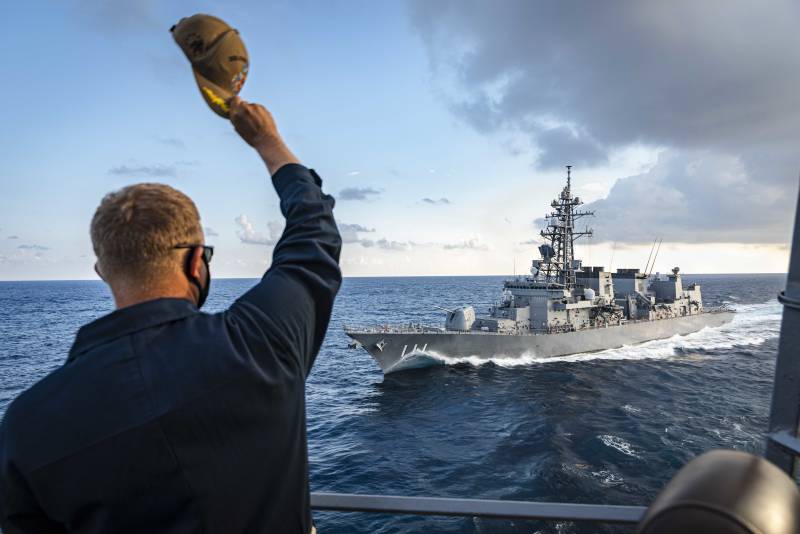 Former Chinese Ambassador Cui Tiankai to the United States argues that Western countries treat the South Pacific as their “backyard,” referring to the colonial era, while Beijing considers small island states to be their equals. The diplomat made the announcement in an interview with CNN on the sidelines of a defense summit in Singapore.


In an interview, Cui, who served as Beijing's envoy to Washington from 2013 to 2021, tried to downplay growing Western concerns about Beijing's push for new agreements on economics and security with the Pacific island states.

According to CNN, he insisted that China was taking a modern approach to its relations with its neighbors and offering help "in every possible way" as opposed to Western thinking stuck somewhere in the past.

The growing influence of the Celestial Empire in the South Pacific worries Washington, which considers the islands of the region as a link between the American territory - Guam and Australia, fearing that Beijing "will become more aggressive in implementing its plans in the region, seeking to gain a foothold there through military footholds."

But Cui argues that China, unlike the United States and Australia, does not view the region as a battleground for great powers.

It is possible that countries like Australia see these countries as "backyards" like the United States that they see Latin America as their "backyards" in accordance with the Monroe Doctrine. I don't think this is how countries should work with each other.
says the diplomat.

The Monroe Doctrine was the cornerstone policy USA in the Americas for almost two centuries. First announced by President James Monroe in 1823, "the doctrine warns European nations that the United States will not tolerate further colonization or puppet monarchs" in the Western Hemisphere, according to United States government records.

But the most famous recourse to the Monroe Doctrine came in 1962, when President John F. Kennedy used it during the Cuban Missile Crisis to demand the withdrawal of Soviet missiles.

For now, CNN writes, tensions over China's increased presence in the South Pacific are far from the levels reached during the 1962 crisis, but Western concern is growing, and it has been heightened by Beijing's announcement of a security pact with the Solomon Islands. .
Reporterin Yandex News
Reporterin Yandex Zen
Information
Dear reader, to leave comments on the publication, you must sign in.