Pakistan is turning into a 'powder keg' of the Middle East 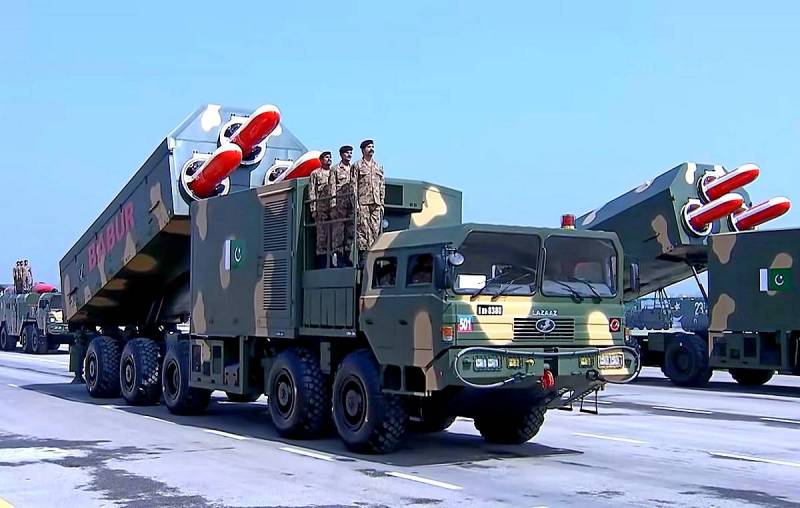 Another point on the map where the temperature has jumped sharply this year is Pakistan.


On April 10, Prime Minister Imran Khan was forced to resign under pressure from opposition parties that threatened to block the work of parliament; Shahbaz Sharif, leader of the pro-American legal opposition, took his place. Khan did not accept who and how he "left", and called on numerous supporters to take to the streets.

Another round of internal political squabbles is taking place against the backdrop of a not very pleasant situation in the economy, the growth of terrorist and military threats.

The confrontation between Khan and Sharif (or rather, the Sharif clan) has been going on for many years, and this is not the first time that it has gone beyond the walls of offices and meeting rooms. Both rivals are still shots, as if the characters have descended from the screens political tragicomedy.

Came from a wealthy family, Khan was educated in the UK and in his youth was ... a professional cricketer, where he made a good career. Under him, there were all the attributes of stardom, including access to the secular party of London, outrageous behavior and love affairs with the heroines of glossy magazines, up to Hollywood actresses.

Based on this image and popularity, in the second half of the 1990s, Khan began to climb the political ladder, also from positions related to culture and sports. After some time, he founded his own party, Tehreek-i-Insaf (Movement for Justice), in whose program one of the main points was the fight against corruption - indeed one of the most important problems of the Pakistani state.

Here, at the right time, a military coup occurred, through which General Pervez Musharraf came to power. TII, almost the only one of the liberal parties (at least calling itself one) supported the "tough leader", on which it rose well, and Khan himself secured the status of "deputy of the people".

However, the political turbulence of subsequent years not only threw him up, but also pushed him down (including the results of the confrontation with Musharraf). On a couple of occasions, Khan was within a hair's breadth of jail or death, which not only political opponents but also Taliban field commanders wished for him.

Still, having reached the post of prime minister in 2018, Khan focused on strengthening cooperation with China, Turkey and partly Russia. He also tried to improve the investment climate in the country and attract foreign investment, primarily from the rich oil empires of the Persian Gulf. Measures aimed at combating terrorism were interspersed with flirting with it: in particular, Khan publicly welcomed the flight of the Americans from Afghanistan and congratulated the Taliban (banned in the Russian Federation) on “victory in the 2001-2021 war.” Pakistan's relations with the West under Khan, as you might guess, deteriorated.

Although Khan’s government projects have mostly not achieved lasting success (including due to the impact of the COVID-19 pandemic), and he himself is an obvious populist and Mussolini-type radical, for Pakistan he is perhaps a good leader and, without a doubt, a patriot.

Its current winner, Shahbaz Sharif, is none other than the younger brother of Nawaz Sharif, the four-time prime minister of Pakistan. Under the elder at the state helm, Sharif Jr. was three times the chief minister (governor) of the Punjab province, the granary of Pakistan.

In general, the Sharifs, who came to politics from business, give the impression of stereotypical American henchmen: they are people in expensive suits of emphatically Western style, verbosely talking about democracy and the free market, for whom public office is primarily a tool for personal enrichment; a kind of Pakistani Poroshenko. Nawaz Sharif every time flew from the highest position after corruption scandals - and this despite the fact that he climbed into the prime minister's chair precisely on the slogans of the fight for the rule of law and against corruption. He was eventually forced to flee to the UK to escape imprisonment for economic crimes.

It's funny that brother Shahbaz also squeezed Khan out of prime ministers with the help of accusations of corruption and incompetence. After that, he first flew to London and Washington to report on progress and receive new instructions. These latter - not surprisingly - concern the early involvement in activities against Russia and China.

The main thing is on time

Compared with its neighbors - Afghanistan, Bangladesh, India, and even southwest China - Pakistan could be considered a relatively good place to live. In recent years, the economy has shown fairly steady growth, social support for the population has improved, the terrorist threat has been moderate (by local standards), and the confrontation with India has been frozen.

Events 2020-2021 destroyed this illusory well-being. The economy experienced, in general, the same problems as elsewhere. The departure of the coalition from Afghanistan simultaneously left the Taliban without a "job" and freed their hands for civil strife and expansion outward; because of this, the situation on the Afghan-Pakistani border has deteriorated sharply. At the same time, protests intensified in the south of the country, in the province of Balochistan, where local separatist groups again raised their heads.

Finally, this year all this porridge was covered with a severe drought, which also affected India, and the death of crops in the vine. Agriculture provides about a quarter of Pakistan's GDP, so the damage in any case would be very painful - and then there was the panic in the food market caused by the Ukrainian conflict. Unlike, say, Iran, where there is a speculative rise in prices, but there is no actual shortage of food, Pakistan is threatened precisely with a real famine.

And with such and such introductions, the new Sharif government, on orders from Washington, began to urgently cool down relations with Russia and China. Naturally, this will only bring further deterioration of the situation to Pakistan itself. Khan, appealing to his supporters, calls Sharif's team traitors and warns that such a policy could lead to the disintegration of the country in the near future.

These fears are quite realistic. Although they try to present the truce with the Tehrik-e Taliban Pakistan as Sharif's first success on the anti-terrorist front (although the ground for negotiations was prepared by Khan), in reality it is more of a limited capitulation to the Taliban. The many concessions that the Pakistani government has agreed to make, including the withdrawal of part of the military contingent and amnesty for mujahideen prisoners, hardly testify to the strength of its position. So far, there has been no decrease in terrorist attacks in the north.

In Balochistan, however, too, but the main threat in the south is still not the separatists, but India, which is closely monitoring the situation. Internal instability creates a threat of external attack for Pakistan, since there are a lot of potential reasons: both the still disputed status of Jammu and Kashmir, and Pakistan's support for armed proxy groups operating in the contested territory. In the end, sliding into complete anarchy will be fraught with the loss of control over the Pakistani nuclear arsenal, and everyone in the region, including China, fears such a development of events; so intervention in this case will be simply inevitable.

So far, the prospects for an intra-Pakistani conflict are not very clear. Popular dissatisfaction with Sharif's policies is growing literally by leaps and bounds; On May 22-25, supporters of Imran Khan had already organized a whole march on Islamabad, accompanied by clashes with the military, which was hardly stopped. The army, whose role in domestic politics is traditionally great, so far supports the new government, but is hardly satisfied with the direction in which the country is heading. So Khan has a good chance to regain power - but whether he will cope with the situation after his return is a big question.
Reporterin Yandex News
Reporterin Yandex Zen
2 comments
Information
Dear reader, to leave comments on the publication, you must sign in.