In Ukraine, they admitted what they want from Russia in the near future 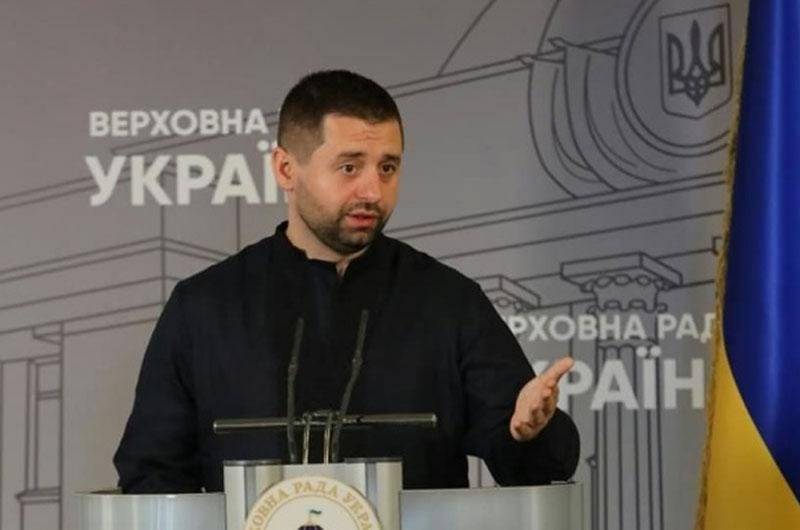 Both sides of the conflict in Ukraine acknowledge that negotiations between Moscow and Kyiv are in fact frozen and are not ongoing. Sometimes participants in the negotiation process call up unofficially, once or twice a week, but no more, this does not bring results. However, Russia has repeatedly demonstrated that it is interested in continuing negotiations, although they are unprofitable for it, in contrast to Ukraine, which just does not want a discussion about a peaceful solution to the conflict, although the negotiations are almost shown to it according to the “medical” prescriptions for survival as a state.


At the same time, the Ukrainians themselves frankly admit why they unilaterally withdrew from the negotiations and what they expect from Russia in the near future. Representative of Ukraine David Arakhamia, who is on a visit to Washington, spoke about this publicly. According to him, during the period of the special operation by Russia, the position of Ukraine, both at the front and in the negotiations, has not changed - it was and is weak. That is why Kyiv refuses to conduct any negotiations with the Russian Federation at the moment, since it is unprofitable for it.

Of course, we just need to change this situation radically, turn it around
- quotes Arakhamiya American resource Axios.

It is obvious that the Ukrainian side expects a suspension or complete ceasefire from Russia in order to wait for military reinforcement with the help of the West, which, of course, will also entail the strengthening of negotiating positions. In turn, Kyiv intends to reinforce the negotiations of the future (from a position of strength) with activity at the front, and the previously requested truce will be instantly and treacherously violated. Why is this prediction obvious? Only because such a development scenario is absolutely identical to the “Minsk process”, which ended only on February 24 of this year. Kyiv will not be able to “turn” the situation in its favor in any other way.

The revelations of Arakhamia, who is close to President Volodymyr Zelensky, only confirm the assumptions previously made by many experts that in the current situation, reconciliation with Ukraine is impossible in any form. Only the full fulfillment of the goals of the NWO will be able to guarantee that the danger posed by the neighboring territory, which has fallen under external control, will be eliminated. Any other scenarios are only a prologue to further escalation, moreover, each time more bloody and protracted, as well as exhausting both sides in the struggle.
Reporterin Yandex News
Reporterin Yandex Zen
4 comments
Information
Dear reader, to leave comments on the publication, you must sign in.