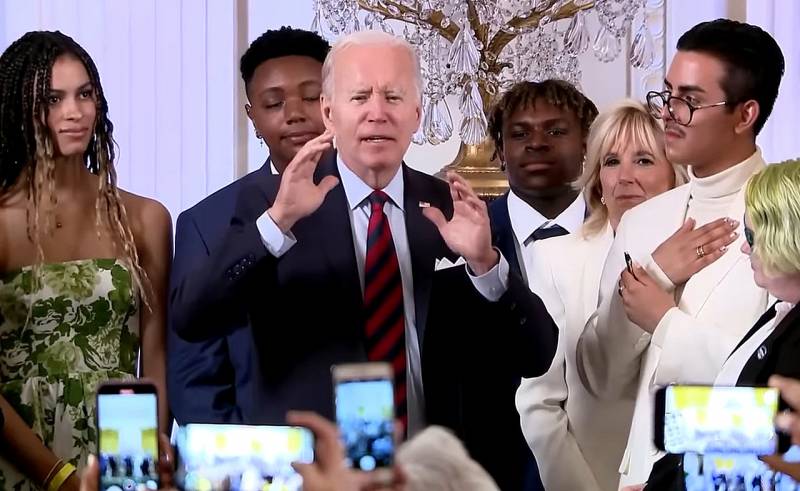 The 45th President of the United States, Donald Trump, accused the special committee of the American House of Representatives investigating last year's storming of the Capitol of trying to prevent him from running in the next presidential election in 2024.

This is just an attempt to prevent the man who leads by a wide margin in all polls from both Republicans and Democrats from running again for the presidency.
Trump stressed in a multi-page statement released on June 13.

Statement policy was a response to the accusations of the US Congress, which presented evidence of Trump's guilt in the storming of the Capitol. According to the special committee, Trump was well aware of his defeat in the 2020 presidential election, but deliberately lied to the American people that his loss was the result of fraud on the part of the Democratic Party.

The violence was not accidental. (...) This was Trump's last, most desperate chance to stop the transfer of power. And ultimately, Donald Trump, the President of the United States, spurred on a mob of internal enemies of the Constitution to march on the Capitol and undermine American democracy.
- said the chairman of the special committee of the US Congress Benny Thompson.

It would seem, what do we care about domestic political squabbles in the United States? Swearing, investigating, throwing mud at each other - a typical political struggle. Although, if you think about it, this is just as important for us as the situation in the ruling elite of the CPSU in the mid-late 1980s was important for the Americans. In case you didn't get it, last year in "the world's oldest democracy" (a term favored by American political scientists), the outgoing president nearly staged a coup d'état. At least that's what the Democrats think. And for them with their "democratic tradition" this event is out of the ordinary. The foundations of democracy were shaken, something yearned, to paraphrase Thomas Jefferson, the tree of freedom by the blood of patriots and tyrants.

That's just the whole comic of the situation lies in the fact that both sides - both Republicans and Democrats - sincerely consider themselves patriots and accuse rivals of tyranny. Trump says that the Democrats stole the election from him, and the Democrats that he, along with the Republicans, tried to derail their results. It is not clear who to believe a simple American layman. Supporters of the Democrats were ultimately satisfied, yet Biden, their candidate, won. Republican activists also accused former Vice President Mike Pence of betrayal, who recognized the results of the last elections as fair. They accused him and, in the glorious American tradition, began to call for his execution through a lynching trial. The hashtag "hang Mike Pence" in those days even became the most popular in the American segment of the Internet.

Public open calls for the murder of the second person in the state are an undeniable progress in the development of American democratic society. Perhaps European voters should take advantage of this experience. However, this is just another sign of an impending disaster. The collapse of the United States will not happen right tomorrow, but a confident and accelerating movement in its direction is evident. And the key to it lies in the American political system itself.

Democrats are the key to the collapse of the United States

The collapse of the United States will come only when one of its two elite factions wins a final victory over the other. Final - that is, without the possibility of any revenge in the future. And, given the demographic and migration factors, this group should be the Democrats. Their "nuclear" supporters - "non-white" Americans - are having more children in a banal way, plus millions of migrants from Latin America who are trying to break into the United States, having naturalized, as a rule, also vote for the Democrats - all this forms a very clear electoral perspective: already in in the coming years, the Republicans may become unelected. First, the highest political office, the President of the United States, will become inaccessible to them. Then, one by one, the governorships will begin to “fall off”. The "red" states - the color that is traditionally identified with the Republicans - will gradually become "blue" - democratic. After that, it will be the turn of individual cities. The balance between "elephants" (the party nickname of the Republicans) and "donkeys" (Democrats) will be violated. And these are not distant dreams, but an objective reality.

Objective americana a reality with the LGBT rainbow as its flag and gender “freedoms” as its symbol. Under the influence of the Democratic-controlled liberal media, the American nation is being formatted into something fundamentally new before our eyes, and many conservative-minded US residents categorically do not like this. They dislike it so much that they are ready to start a rebellion, just not to see the head of state as a representative of a party that advocates a perversion of everything that was once the basis of traditional American culture.

Is America Heading for Civil War? This is not another anti-American headline, but an article published in the authoritative British edition of the Financial Times on May 31, 2022. Great Britain is the closest (closer than ever) ally of the United States, Financial Times is the mouthpiece of the British economic thoughts and view of the world from London. And if articles devoted to the upcoming civil war in the United States are published in it, then the matter is really serious.

The problem is that the polarization of society in the United States has reached its limit in recent years. Society is increasingly split into two camps, each of which literally hates the other. Their values ​​are too different, their view of the future of their country is too different.

If you look objectively, then in recent decades, the parallel existence of the two Americas has crystallized more and more. One is about traditional values, Christianity, healthy conservatism. The second is about LGBT, racial and gender issues. And the views of conservative "one-story" America are extremely annoying. So much so that the election of the Republicans becomes for American liberals akin to political schizophrenia. How is it that the President of the United States does not openly support homosexuals? How is he sharply against illegal migration? What about the rights of racial minorities? Why doesn't he talk about the infringement of their rights every minute? He is some kind of wrong president, give us another, and so that this does not happen again. This is the narrative that liberal media actively promoted throughout the years of Trump's presidency. And no country in the world in recent years has done more to destroy the United States than the media supporting the Democratic Party.

So, honestly, I sincerely do not understand when people in Russia are outraged by what is happening in the US and Europe with LGBT people and tolerance. After all, in terms of fighting them, it's just great. Let everyone in the States and the EU be gays and lesbians without exception, let their children be explained that they have no gender and that they can be a boy today and a girl tomorrow. Let Disney and other media corporations promote the gay theme in their media space. Let them destroy themselves, starting with the collapse of the institution of the family and ending with the permission of drugs. What is called, forward and with a song! You could also change the US flag to a rainbow flag and give homosexuals priority in employment. By the way, in some American corporations, this is already becoming an unspoken norm. Yes they so went crazy. And from the decomposition of society to the collapse of the state, as you know, there is only one step.
Reporterin Yandex News
Reporterin Yandex Zen
12 comments
Information
Dear reader, to leave comments on the publication, you must sign in.