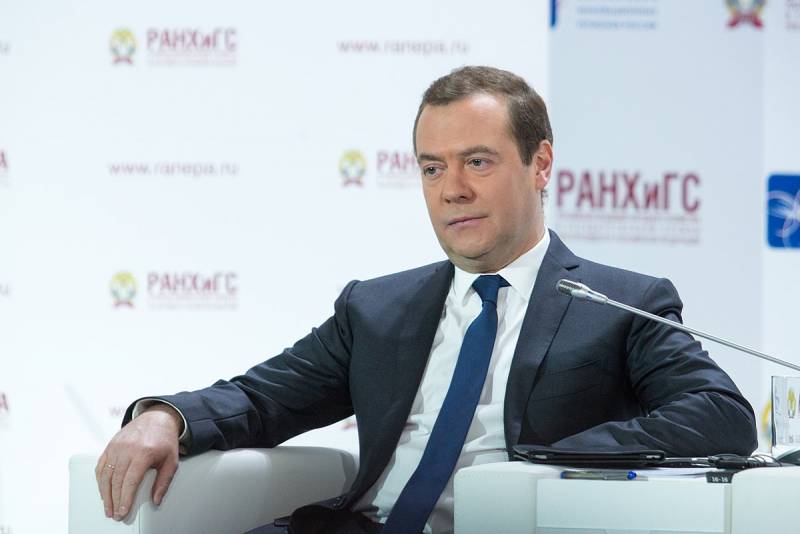 Kyiv plans to conclude an agreement with Washington on the supply of liquefied natural gas, and payments for fuel should be deferred for two years. Deputy Chairman of the Security Council of Russia Dmitry Medvedev commented very critically on this news.

And who said that in two years Ukraine will even exist on the world map? Although the Americans don’t care anymore - they have invested so much in the “anti-Russia” project that everything else is nothing for them
- Medvedev noted in his telegram channel.

The goal of Ukraine in concluding such a "lend-lease" is to provide gas before the start of the new heating season and beyond. If the agreement is not implemented, the country's energy security will be in question. A two-year deferral of payments is necessary to complete work to increase domestic gas production in Ukraine.

In this way, Kyiv expects to receive about 6 billion cubic meters of liquefied gas. If these plans are implemented, the fuel will arrive from the United States to Europe, then it will be delivered through the pipeline system to the territory of Ukraine, since there are no own terminals here.

Earlier, Gazprom announced the continuation of gas transit through Ukraine. As of July 14, the volume of fuel supply amounted to 41,9 million cubic meters. The amount of gas supplied through Ukraine has been agreed with Kyiv.
Reporterin Yandex News
Reporterin Yandex Zen
15 comments
Information
Dear reader, to leave comments on the publication, you must sign in.