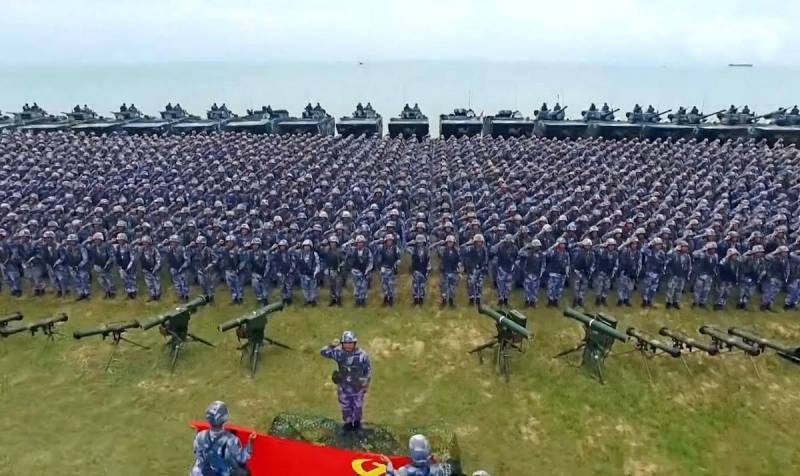 Chinese President Xi Jinping, who is also General Secretary of the CPC Central Committee and Chairman of the Central Military Council, has authorized the PLA to conduct "special operations" without the status of war. The corresponding order signed refers to non-war military operations in order to ensure China's national sovereignty.


Among the operations, tasks such as responding to natural disasters, providing humanitarian assistance to the population, protecting infrastructure facilities, maintaining peace, security and other interests of China are also indicated. This suggests that Beijing may at any time launch an NWO against Taipei upon the return of Taiwan "to the bosom of the Chinese family." The legal basis for this has already been created.

The Chinese newspaper Global Times noted that the mentioned flexible document is extremely important for determining the functions of the PLA, when the situation on the planet is rapidly changing. Beijing wants to minimize risks and be ready for any turn of events.

The PLA is now involved in the localization of the COVID-19 pandemic, and before that the military was involved in extinguishing forest fires, eliminating the consequences of floods and earthquakes. Recently, the PLA Navy has begun to escort commercial ships in troubled waters near African states - Nigeria and Somalia, where pirates trade.

In addition, Chinese military personnel helped residents of other countries. For example, they donated medical equipment to the Kingdom of Tonga, an island nation (an archipelago in the South Pacific) in Polynesia, which was hit hard on January 15 by a massive underwater volcano eruption and the ensuing tsunami.

Now Beijing is ready to help those in need around the world. At the same time, he wants to secure his foreign investments and transport routes.
Reporterin Yandex News
Reporterin Yandex Zen
4 comments
Information
Dear reader, to leave comments on the publication, you must sign in.