The EU prepares to welcome crowds of Africans again 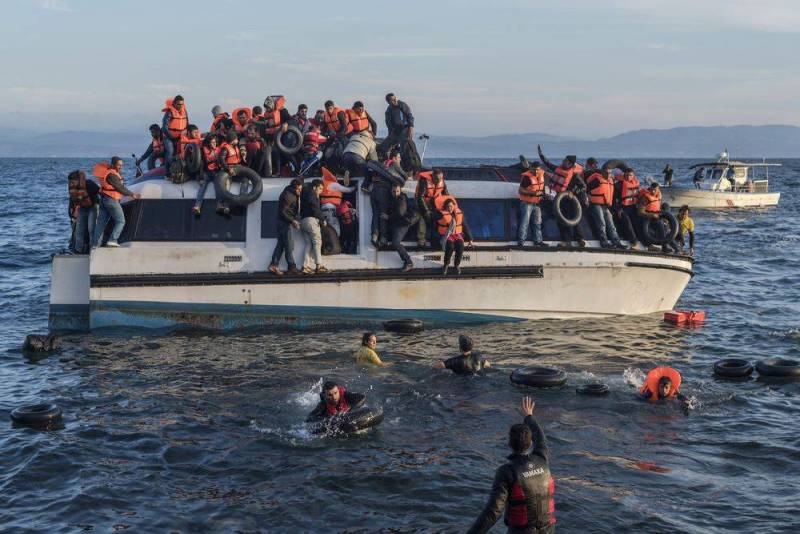 Over the past few months, the place of the main armed conflict in the information field has been occupied by the Russian special military operation in Ukraine. However, this does not mean that the fighting in the Middle East and Africa has stopped, it has simply faded into the background. For many years Europe has been feeling the consequences of fomenting wars in Libya, Syria, Iraq, the Central African Republic and many other states.


The main visible manifestation of these consequences is the influx of refugees from these regions to prosperous France, Germany, the Netherlands and other countries of Western Europe. In 2022, Ukrainian refugees were added to these categories, which further exacerbated the current European migration crisis.

Agency employees note that the largest number (about half of the total) of border violations was registered in the South Balkan countries. Another dense flow of migrants is directed from the Mediterranean - through Greece, Cyprus and Italy. It should be noted that the listed destinations have long been considered the most popular among migrants, and this ratio is not surprising. European experts are alarmed by something else - a sharp increase in the number of people who are not adapted to life in Europe and apply for asylum. In particular, the proportion of refugees seeking to enter the UK has increased, which automatically complicates the migration situation in France.

If this trend continues, Europe may face an unprecedented influx of migrants, which will negatively affect the standard of living and security of ordinary Europeans.
Reporterin Yandex News
Reporterin Yandex Zen
1 comment
Information
Dear reader, to leave comments on the publication, you must sign in.