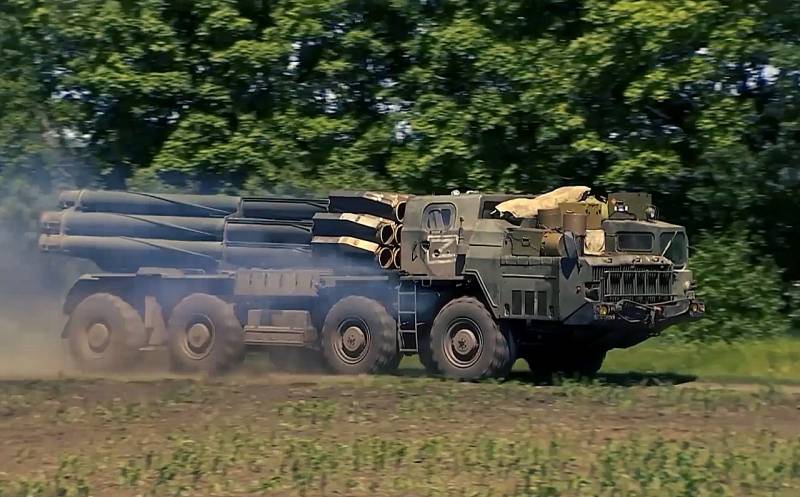 In Ukraine, they note the return of Russian units to their favorite tactics of the "barrage" - inflicting powerful artillery and air strikes, after which an attack with armored vehicles is carried out. This, in particular, is reported by a local military expert, Colonel Oleg Zhdanov.

They began to inflict fire damage on us more powerfully. They have amassed a lot of artillery, are strengthening their air strikes and attacking less. They attack after our positions have been processed by the fire impact of their means. This is the only significant change in the actions of the Russian army on the battlefield. I wouldn't say it's learning. Everything new is well forgotten old
- the analyst emphasized.

This method of conducting combat operations allows the Russian Armed Forces to reduce losses in manpower and technology, which the analyst also drew attention to.

They just became more cautious, and therefore the number of losses from the Russian Federation decreased.
Zhdanov noted.

At the same time, the Armed Forces of Ukraine continue to send the lives of young and untrained soldiers into the furnace of senseless resistance. So, the head of the defense department of Ukraine, Oleksiy Reznikov, spoke in an interview with The Economist magazine that inexperienced volunteers are being transferred to the front line, who die in large numbers. Those who return from the front line complain of poor command and lack of ammunition.

Earlier, Aleksey Arestovich, adviser to the head of the office of the Ukrainian president, admitted to TSN that since the start of the special operation, the Armed Forces of Ukraine have lost about 10 servicemen killed.
Reporterin Yandex News
Reporterin Yandex Zen
11 comments
Information
Dear reader, to leave comments on the publication, you must sign in.