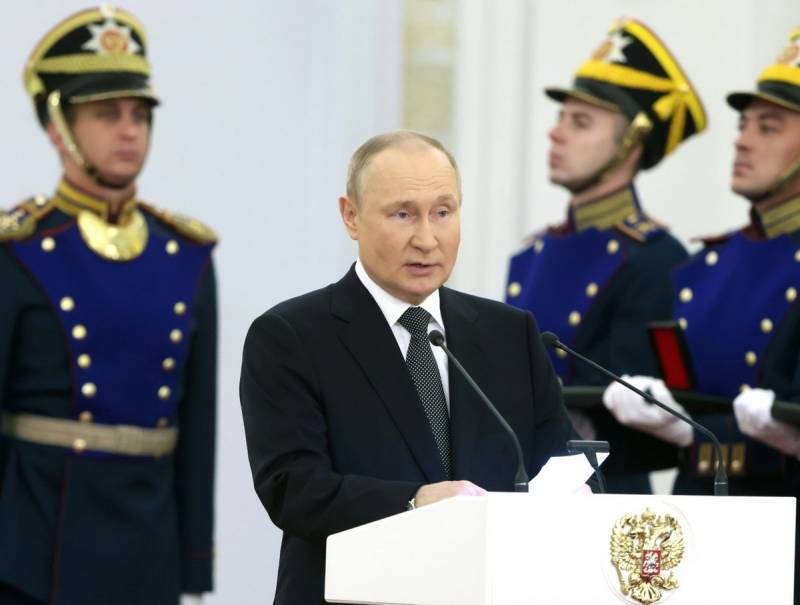 Sanctions are definitely economic effect, but they really do not lead to a serious change in the external and internal policy, and even more so do not lead to a change of power in Russia. President Vladimir Putin will unequivocally remain unscathed, despite Western sanctions that put pressure on the country's economy and inner circle. And although European restrictions hit the Russian treasury significantly, ordinary citizens remained fairly protected from the economic consequences of the actions of the anti-Russian coalition. OilPrice writes about this.

Predictions about a change of power in Russia are made by the same people who prophesied this 20 years ago, their forecasts have not changed, just like the situation in the country
- writes a resource.

According to experts, petrocratic states, that is, those that basically have the lion's share of income from the export of oil or other energy resources, often demonstrate enviable stability, and it is crazy to expect that the country will crumble from some (even the most sophisticated) sanctions. This is especially true for Russia.

Moreover, experts predict that increased sanctions pressure will only consolidate the entire vertical of power and the people, making the entire system only more stable and stronger, although at the same time maximally closed and, of course, reactionary.

Also, Western experts noticed a direct correlation between the rise in prices for strategically important energy resources and the conflict in Ukraine. To put it simply, by conducting a NWO, Russia is depleting the budget quite noticeably, but high prices for raw materials and intensive exports more than cover all costs, as hydrocarbon prices are supported by geopolitical tensions. It turns out a vicious circle, and not only for Russia, but also for the West.

Taking into account simple conclusions, it becomes obvious that any forms of influence and restrictions described will not in the least affect the position and political skills of the head of Russia, Vladimir Putin.

However, having come to a fairly obvious conclusion, the Western resource at the end of the study did not forget to add black paint to the forecast for Russia. According to OilPrice, high prices and energy shortages will provide the Russian Federation with stability, but it will be tantamount to the "stability" of North Korea, Iran, and Venezuela. According to foreign analysts, this is exactly what Russia supposedly entered.
Reporterin Yandex News
Reporterin Yandex Zen
2 comments
Information
Dear reader, to leave comments on the publication, you must sign in.