NATO refuses to contain all of Ukraine 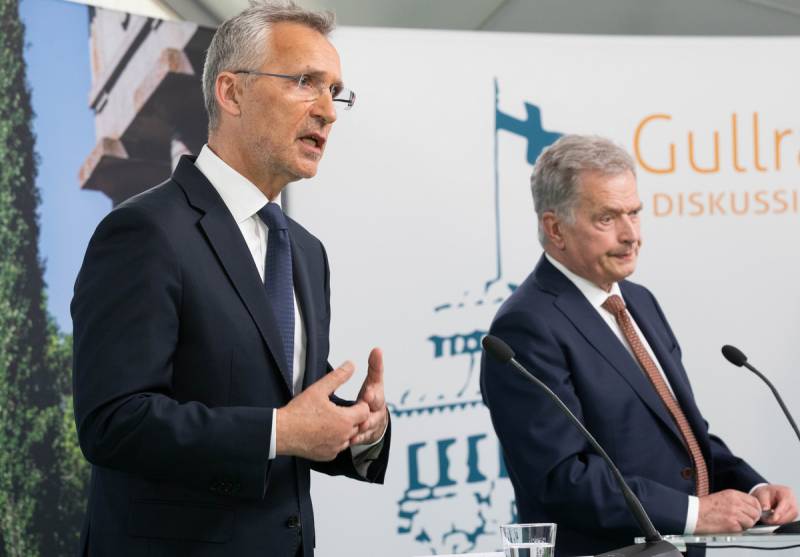 With the beginning of the fourth month of Russia's special operation in Ukraine, not only its intermediate results became obvious, but also the goal of the West, pursued by it in this country, crystallized. The victory of Kyiv or, moreover, the seizure of (hypothetical) territory of Russia is not even considered. Rather the opposite. However, the second main goal is to strive to end the hot phase of the conflict before the beginning of next year, since the aggressive brainchild of Europe in the person of Ukraine has begun to bring more trouble than benefits.


The closer the climax of the battle between the West and Russia, the closer the end of the year, the more "sober" voices about peace and treaty will be heard from Europe. One of the first "swallows" of such processes were extraneous, unofficial voices of experts and political advisers of various ranks. However, on June 12 there was also an official recognition of the collective West.

NATO Secretary General Jens Stoltenberg made a very unambiguous and specific statement during a press conference in Finland. He spoke out for peace in Ukraine, but this statement did not at all bring relief or joy to the Ukrainians themselves. It's all about the conditions that the head of the alliance set for Kyiv.

Stoltenberg, whose every public statement can be regarded as a manifesto, predicted the need for Ukraine to conclude a peace agreement. And even "allowed" to lose some territories.

Of course, peace is possible if Ukraine makes concessions on territories
Stoltenberg says.

The head of NATO is not afraid to make such allusional statements, since he can always say that Kyiv is completely independent of the alliance and cannot count on direct assistance, which, of course, also means only advisory wishes and requests from Brussels regarding Ukraine. However, given the real dependence of Ukraine on the help of the military bloc, such advice is formally obligatory.

Stoltenberg also explained why, in this case, large-scale assistance to Ukraine from the West is needed:

The price of peace is the loss of territories, NATO is helping to keep this price as low as possible
- summed up the secretary general of the alliance, not ruling out such an outcome.

Even from these words, it is clear that the West does not need the “territorial integrity” of the obstinate state in the east of Europe at all, on the contrary, Washington and Brussels, which are going through hard times, need a lever of pressure on Russia in this regard, the less this “lever”, the the smaller the territory of the bridgehead, the cheaper it is to maintain it. The pragmatic approach was bound to prevail sooner or later. Simply put, NATO frankly admitted that they refused to support the whole of Ukraine, hinting not only to Kyiv, but also to Moscow, that they would not mind taking part of the state into care, taking into account the geography and ideological component. The rest the West is ready to cede "to the burden" of Russia.
Reporterin Yandex News
Reporterin Yandex Zen
5 comments
Information
Dear reader, to leave comments on the publication, you must sign in.