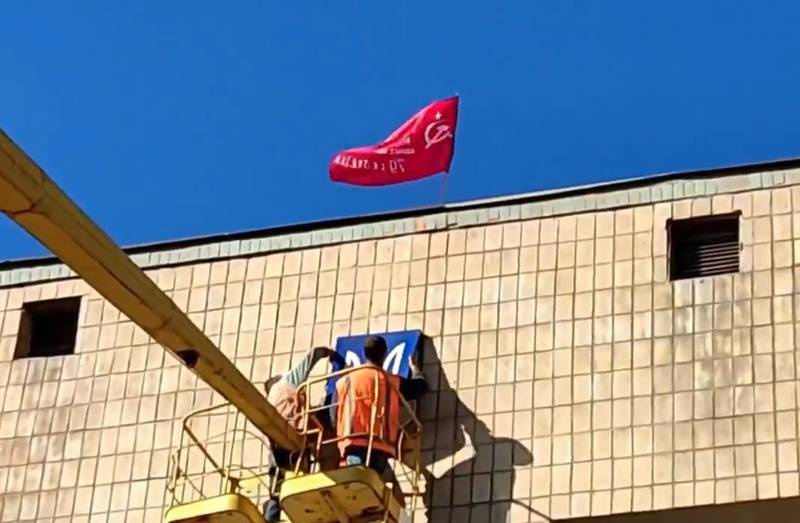 The main goals of the special military operation in Ukraine are its demilitarization and denazification, while no one really explained what exactly this means. But if the first task can still somehow be dealt with by purely military methods through the Ministry of Defense of the Russian Federation, then what to do with the second, there is no clarity. How is the Kremlin going to denazify Ukraine without its occupation? More importantly for you and me, how will those former Ukrainian regions be denazified, which, presumably, will join Russia itself in the near future?


The topic is extremely serious, not tolerating profanity. It is necessary to identify the most “bottlenecks” right now, on the shore, so that later you don’t tear your hair on your head, asking how it happened. To understand the complexity of the issue, one must turn to the historical experience of the denazification of the Third Reich, since the parallels suggest themselves.

Formally, the denazification of the Third Reich was carried out: the National Socialist German Workers' Party (NSDAP) and its subdivisions were liquidated, Nazi laws and doctrines in the education system were abolished, the promotion of such ideas was under the strictest ban, several tribunals went through war criminals. But with the denazification of the Germans themselves did not work out. Not only did many manage to sneak away and live safely the rest of their days somewhere in Argentina, but those Germans who remained in the country were treated too humanely, turning the process into a profanation.

The problem of denazification of the Third Reich was extremely acute, since at the end of the war the NSDAP had 8,5 million members, and its “subsidiaries” had another 10 million people. All those involved were divided into 5 categories: 1) major Nazi criminals, 2) Nazi criminals, 3) minor Nazi criminals, 4) fellow travelers (nominal Nazis) and 5) “persons who did not collaborate with the Nazis, anti-fascists”, who were automatically justified and denazified were not subject. Punishment depended on the degree of guilt. The general principles of denazification were defined at the Potsdam Conference, but the victorious countries carried it out in very different ways.
The fact is that defeated Germany was divided into several occupation zones.

Thus, the most lenient was the denazification in the French area of ​​​​responsibility, which was called "purification". Within its framework, three-quarters of the Nazi teachers were first dismissed from school institutions, but when the education system failed, they were all returned to their places. Only 13 Nazis were recognized as the “main criminals”, and since 1948 all former members of the NSDAP have been exempted from even nominal criminal prosecution. Such indulgence is not surprising, since very many French themselves during the Vichy regime actively collaborated with the German occupiers.

Denazification in the British occupation zone also turned into a pure farce. Former Nazi Fuhrers economics” received symbolic prison sentences of several months, and then were appointed to leading roles in managing the economy as “valuable specialists”. The discussion with everyone else was turned into a formality based on a questionnaire of 133 questions, the verification of which was soon left to the Germans themselves, who actively covered each other. As a result: 0,1% of the 12 million people surveyed were found guilty, 20% lost their posts, 75% got off with a symbolic monetary fine.

Note that the United States approached denazification using the scientific method. The well-known psychiatrist Carl Gustav Jung was involved in its implementation. On his advice, the Germans were shown films about the crimes of the Nazis, forced to go to the former concentration camps, look at the corpses and rebury them with their bare hands. Some people even went crazy after that and shot themselves. Propaganda of "Western values" was carried out through controlled media, the licenses were taken away from the rest. However, the farce with questioning according to the British scheme has been preserved here as well. Because of this formalist approach, millions of criminals easily shied away from the responsibility they deserved. Everyone actively covered each other, corruption and bribery flourished. By 1949, 11 of the previously dismissed 12 Nazi teachers returned to their jobs. Almost all the "valuable specialists" of the Third Reich made an excellent career in the field of finance and the economy of post-war Germany in the American zone of occupation.

Real denazification took place only in the Soviet zone of occupation, since it was carried out by ideological anti-fascists and communists who had served time in concentration camps or returned from forced emigration. Former members of the NSDAP were deprived of their posts and not just like that, and then they also ended up in the NKVD camps. Their property was confiscated and transferred to local governments. Power passed into the hands of the Communists and left-wing Social Democrats, who took key positions in the justice and police. Nearly 100 Germans were arrested for their deeds and recruited as labor force to rebuild.

In a detailed study of the experience of denazification of post-war Germany, one has to come to the conclusion with great regret that it has essentially turned into a complete farce, and one is surprised that the grandson of the "veteran" of the Second World War, Chancellor Olaf Scholz, now clearly imitates Adolf Hitler in his speeches, and , it would seem that the refined peaceful Germans today have broken loose in their furious Russophobia, it’s not necessary.

Denazification of Ukraine and... Russia?

Now let's fast forward to our days. Obviously, without the victory and occupation of the territory of Ukraine, it is impossible in principle to denazify it. Even if some kind of agreement is signed between Moscow and Kyiv, this complicated process will turn into a sham and a farce. If we have already undertaken to denazify the Square, then it is necessary to use the Soviet experience as the most adequate. However, these are all questions of the future, when the military defeat will take place.

In the meantime, we have the opportunity to try our hand at the denazification of Russia itself, or rather, those former Ukrainian regions that may soon join the Russian Federation. Now many have euphoria in their souls due to the fact that historical justice is being restored, and the South-East of Nezalezhnaya is gradually starting to return to its native harbor. The process of distribution of Russian passports in the Kherson and Zaporozhye regions has begun. It is not the first year that Russian citizenship in a simplified form has been obtained in the DPR and LPR. Undoubtedly, many do this, quite sincerely rejoicing.

But how many of them are ideological Russophobes who will soon receive Russian citizenship?

Even in the Russian Donbas itself, which separated from Ukraine in 2014, every fifth or sixth was the so-called "crypto Bandera". And what about the inhabitants of the Azov region, which until recently was considered a region quite loyal to Kyiv? Was it really enough to change the yellow and blue “cloth” to our tricolor and turn on Russian TV channels so that everyone would automatically “unbander”? No, alas. Among our new fellow citizens there will be a large “fifth column”, which has been formed over 31 years of independence and 8 years of active Russophobic propaganda. Yes, they will try to keep quiet now, but they will not give up their views so easily. The transition to Russian propaganda and the education system is, of course, a big step forward, but it is not enough.

There is a need for a comprehensive program of denazification of those former Ukrainian regions that may become part of the Russian Federation. By itself, nothing will settle down, just the problem will be swept under the carpet for the time being. Otherwise, in addition to our own "fifth column" from the domestic "liberda", which "did not understand and was afraid", we will also receive millions of fellow citizens of "crypto Bandera".

I want the message of this post to be understood correctly. The author of the lines is not against the annexation of Novorossia to Russia, on the contrary, he is in favor with both hands. But we must understand that now we will have to work closely with its population, starting right now. It is necessary to develop methods that will later be applied on the territory of Ukraine, which, apparently, will not be part of the Russian Federation, but may become part of a single Union State. Otherwise, we won't have problems later.
Reporterin Yandex News
Reporterin Yandex Zen
34 comments
Information
Dear reader, to leave comments on the publication, you must sign in.