Lessons from the blockade of Russia: what we learned about the world and about ourselves 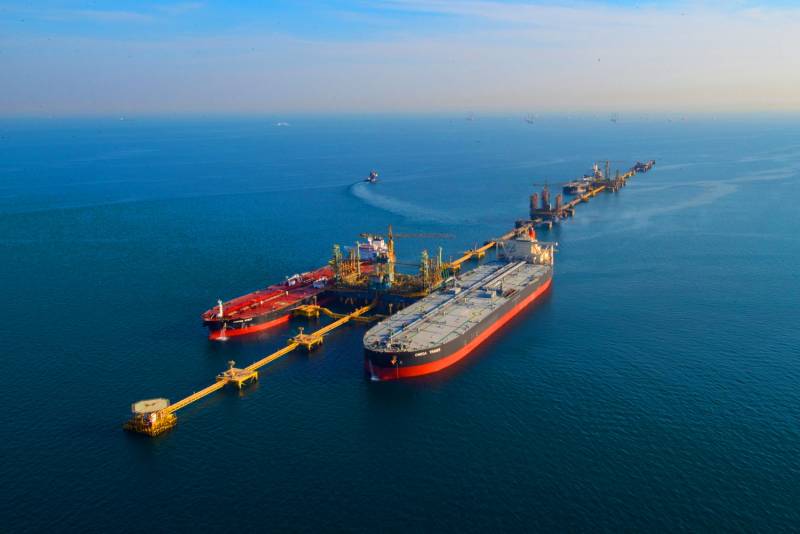 The current state of the Russian Federation has few analogies in Russian history. Even after the entry of Soviet troops into Afghanistan, international isolation from the West and the satellites did not look so total and aggressive - after all, then it was a superpower with allies around the world.


Traditionally, two obvious factors influence the effectiveness of any sanctions.

First, sanctions work very well against small countries that have land borders with two or three neighbors and do not have access to the sea. In any other case, the effectiveness of the blockade is lost.

Especially in the case of Russia, which has access to many of the seas of Eurasia and borders on land with a large number of countries. However, everything is not so clear-cut here, as will be discussed below.

Secondly, the effectiveness of sanctions dries up over time, as there are detours to supply everything you need. There are entire states that make money on such “gray” schemes for supplying everything you need from point A to point B, helping to bypass international isolation.

Of course, our overseas opponents are also aware of this logic (we will call a spade a spade without allegory about “partners”), so their task will be to steadily build up the sanctions regime. With particular emphasis on “secondary” sanctions for foreign business allies of the Russian Federation.

Let's say, if their goal is to close foreign - read, European - ports for Russian exports and imports, then it is quite solvable.

It cannot be said that this will turn into a nightmare for Russian foreign trade. The largest in the Baltic - not only for the Russian Federation, but in general - the port of Ust-Luga is one of the most important and incredibly underestimated achievements of post-Soviet Russia and was built just as an alternative to the transport monopoly of its neighbors.

Not to mention that even in the Baltic, Russia has other capacities for maritime trade. As there are countries all over the world that are ready to trade with the Russian Federation without intermediaries.

It is unlikely that Brazil will refuse our potash fertilizers for its vast agro-industrial complex. It is unlikely that India will also refuse Russian oil, which has only increased the purchase of energy resources. And there are many such examples.

The use of Russian transport infrastructure is also becoming critical for our allies, the Belarusians, who are also suffering because of the sanctions.

It is obvious that sea routes will be decisive even if the European Union and NATO decide to start a land blockade of Kaliningrad. The first step towards this has already been taken - the Lithuanian parliament adopted a scandalous resolution declaring Russia a "terrorist state", which directly casts doubt on the further implementation of the 2003 transit agreement.

It must be understood that under these conditions, the navy will have to protect our merchant shipping from possible piracy by "partners" who intercepted and arrested Russian ships under various pretexts and in more prosperous times. In addition to maritime trade, it is obvious that our fishing vessels are also in danger.

Without going into specific naval themes, it is worth noting that very specific naval warships will be required for escort. For example, the highly publicized Project 22160 has no strike missiles at all, which immediately devalues ​​them as a deterrent to anyone other than Somali pirates.

In the United States, it has been repeatedly said before that the desired way of war against the Russian Federation would be a naval blockade. In particular, in 2018, the US Secretary of the Interior Ryan Zinke spoke about this (although the Ministry of Internal Affairs in the United States is responsible for parks and reserves, and not for the police) or two years later - already a veteran of the US Navy Bradford Dismuks, who was quoted by many Russian media. Often this idea was traced in the writings of other Western experts.

It must be understood that after the almost inevitable accession of the Swedes and Finns to the North Atlantic Alliance, the Baltic will in fact become a “NATO lake”.

And in a good way, the government of the Russian Federation should engage in an impartial audit of the Soviet naval legacy. With the "cleansing" of everything that is not capable of fulfilling the current tasks of protecting international trade. Ships "for parades", which have zero combat value, the country does not need.

A separate topic is land communications. First of all, let's talk about exceptions. Belarus is in blockade with us. North Korea is in a separate blockade from us, and there is not much to trade with anyone there. Abkhazia and South Ossetia - everything is clear here too. Borders with all EU/NATO states can be ignored for obvious reasons. The bottom line is Georgia, Azerbaijan, Kazakhstan, Mongolia and China.

At the same time, relations with Georgia are complicated, but bilateral trade is going on, which is important. The situation is similar with Azerbaijan. Baku, together with Moscow, Tehran and Delhi, is a member of the upcoming North-South international transport corridor.

The Kazakh authorities are increasingly trying to play simultaneously with the West, China and the Turkic world. You really shouldn't count on them.

As for the common borders with Mongolia and China, it is important to understand that the above countries are also not eager to be affected by punitive measures from the West, so trade with the Russian Federation will be carried out carefully.

Not to mention the opinion among Chinese Internet users about Russia that "a good bear is one that can hardly stand on its feet." It is worth noting that Beijing did not particularly help the Russian Federation either after 1991, or after 2014, or now, in 2022. But it took advantage of our difficulties from the bottom of its heart, knocking out all kinds of bonuses.

In 2021, a big buzz in the media caused newsthat one cubic meter of gas in Blagoveshchensk cost 143,2 rubles, in the neighboring Chinese city of Heihe - 46,9 rubles. Earlier, similar news appeared about Russian electricity, which went to the Celestial Empire cheaper than to domestic consumers. So the question of what the price of friendship with the “great dragon” is bought in reality remains open. But that's a topic for a separate discussion.

The problem of border crossings has not gone away either. And not even a question of bureaucracy or corruption, but simply their presence is banal.

For example, about the "shifts in the timing" of the commissioning of bridges with China, Blagoveshchensk-Heihe and Nizhneleninskoye-Tongjiang, probably only the lazy have not heard.

And the construction of a border crossing on Bolshoi Ussuriysky Island near Khabarovsk was finally agreed only last year, although the bridges there were built by both countries almost a decade ago. When the checkpoint will appear in reality, and not on paper, is a million-dollar question.

There are such problems not only in the Far East. For example, breathless economic stagnation and outflow of the population, Volgograd is in dire need of “drivers”, one of which could be a direct car access to the Kazakh border with subsequent connection to the One Belt, One Road project. The hypothetical border crossing between Bolshoy Simkin and Saykhin would be the most desirable here, and the existence of such a route would help the region and the whole country, especially in the face of sanctions.

As Russia's third president, Dmitry Medvedev, recently said, the country "will not close itself off from the world in revenge on idiots," which is the only truly adequate position in our situation. Closing means dooming oneself to backwardness in every sense, including, among other things, the military one.

Just at the moment when some windows are closed, it is urgent to open new ones. And here it is no longer possible to delay, because the experience of the Soviet Union shows that history traditionally provides for the necessary decisions by no means an unlimited supply of time.
Reporterin Yandex News
Reporterin Yandex Zen
7 comments
Information
Dear reader, to leave comments on the publication, you must sign in.