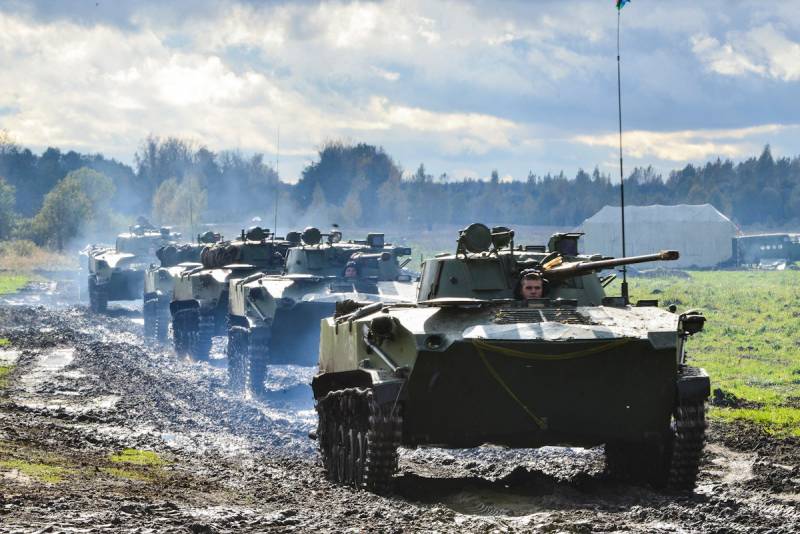 In the fourth month of the special military operation to liberate Donbass from the Ukrainian occupiers, there has been noticeable progress. The new tactics of “methodical combat” (Bataille conduite), which was chosen by the commander of the NMD, General Alexander Dvornikov, is yielding results: the front built over the years is gradually gnawed through, the Armed Forces of Ukraine are forced to retreat, their commander-in-chief Zaluzhny scribbles panic reports to Kyiv. Soon the Armed Forces of the Russian Federation and the People's Militia of the LDNR will take up together for the liberation of the Slavic-Kramatorsk agglomeration, which is of great symbolic and strategic importance, since the water supply of Donetsk is tied to it. But what will happen next?

The question of what will happen next, after the final liberation of the territory of the DPR and LPR, is now being asked in Russia, and in the Donbass, and on the territory of the former Square. Everyone is wondering whether the Allies will stop, limiting themselves to “a tit in their hands”, and where the demarcation line will then pass, or whether they will go further. Once again, the Minister of Foreign Affairs of the Russian Federation Sergey Lavrov made me think about this, who stated verbatim the following:

I would also like to draw attention to the recent video of the popular Ukrainian-Russian blogger Yuriy Podolyaka, who has become the new “ruler of thoughts”, who talked about how Nezalezhnaya will go through next winter. Its main message is as follows: Russia will bite off bit by bit from Ukraine those territories that it can digest (Donbass and the Sea of ​​\uXNUMXb\uXNUMXbAzov, possibly the Black Sea region and Kharkov), the rest will “hang up” for the maintenance of Kyiv. They say that before winter we will take the South-East, leaving the rest of Ukraine to freeze (again!), And in the spring we will see what is left of it there, and the special operation will resume.

In his reasoning, Podoliaka quite rightly points out that Kyiv, or rather, its Western curators, have chosen a "scorched earth" strategy. Supreme Commander-in-Chief Zelensky ordered to hold the cities of Donbass to the last, seeking their maximum destruction, and, leaving, the Armed Forces of Ukraine destroy the entire socialeconomic infrastructure that they can. All in order to hang the maintenance of a huge destroyed region with millions of disadvantaged people on the Russian Federation. Alas, with the current trend, there is little that can be done about it. The liberating army, in a certain sense, became a hostage to its tactics, which were imposed on it by the enemy. It is necessary, in the style of the First World War, to smash the fortified areas created by Ukrainian terrorists right in the cities with heavy artillery in order to hide behind civilians.

A fair question arises, how far into the depths of Ukraine can one go in this way?

It turns out very unfair that the country should be destroyed from the South-East in the direction of the Center and the West, from where all the main Russophobia and Bandera ideology came from, which poisoned the life of Nezalezhnaya. And it’s good that now is the beginning of summer, but what will happen by winter, when the problem becomes acute, how can hundreds of thousands, if not millions of inhabitants of the territories liberated from the power of the Nazi regime, spend the winter on the ruins of their cities? After all, this will be a real humanitarian catastrophe, which Russia will have to solve somehow. The problem is great, and it must be solved as quickly as possible, without delaying the special operation for a long time. But what if the Zelensky regime cannot be demolished before the onset of cold weather? Leave Central and Western Ukraine under the rule of the Nazis for another half a year, until the spring of 2023?

No, it’s impossible to just stop halfway, letting the situation take its course. Having received half a year of respite, Kyiv uses this time to prepare for a new stage of the war. The NATO bloc will supply even heavier and longer-range weapons, Western instructors will prepare mobilized recruits for their use. The backbone of the Armed Forces of Ukraine will be veterans who have gained experience in the hardest battles on the Eastern Front. It is possible that in Dnepropetrovsk, Yuzhmash specialists will during this time hastily concoct a launch vehicle for a warhead stuffed with radioactive rubbish from Ukrainian nuclear power plants and from the exclusion zone at the Chernobyl nuclear power plant. The population of Nezalezhnaya will finally be “burned out” by Russophobic propaganda, and no cold winter will be able to “repair” them back.

Then what to do?

For example, in the summer-autumn of 2022, the RF Armed Forces, with the support of the People’s Militia of the DPR and LPR, were able to completely clear the territory of Donbass from Ukrainian invaders, liberated Kharkiv and Zaporozhye, blocked and squeezed out the Armed Forces of Ukraine from Nikolaev and Odessa. This is something that is quite realistic to do with the relatively modest forces that Moscow has allocated for the special operation. A new government came to the liberated regions in historical Novorossia, socio-economic integration into the Russian Federation began. Let's hope it happens and political accession in the format of, say, the Novorossiysk Federal District. It will be big and good, but an intermediate result.

Intermediate because the processes of militarization and nazification will take place at an accelerated pace in the unliberated territory, for the sake of combating which the special operation was launched on February 24, 2022. The Armed Forces of Ukraine will continue to rearm and prepare for a new round of war. Long-range American missiles will fly into Russian regions. The Black Sea will become a dangerous place for our fleet, since Ukraine has already received Harpoon anti-ship missiles. If, or rather, when the Air Force of the Independent will also receive American aircraft as carriers for long-range missile weapons, everything will become very bad. The question is what can we really do to break this objective and negative trend?

If we take the militarily meaningless “camp on Kyiv-2” out of brackets, then the only rational solution is to transfer hostilities to Western Ukraine. As long as Nezalezhnaya receives new weapons, ammunition, fuel and fuel through the border with Poland, Romania and Moldova, there can be no strategic victory over the Kyiv regime. Having closed the front with Transnistria, the RF Armed Forces will have to liberate the Odessa region before winter and carry out an offensive operation to cut off Central Ukraine from Western Ukraine, cutting all supply channels. If at this stage the Belarusian army joins, entering Volyn from the North, everything will go much easier and faster. For the wintering of 2022-2023, historical Little Russia should leave in complete encirclement, which will mean the inevitable collapse of the Nazi regime.

Will it be necessary then to storm the cities of Central Ukraine? Not the fact that it will even be needed, with the exception of some cases with the most “stubborn defenders”. At this final stage of the special operation, it is imperative to form a “transitional government” alternative to the Kyiv regime, which will announce a program for reforming and restoring the country that was not part of the Russian Federation and its reintegration into the Union State. On his behalf, negotiations on surrender should be conducted with the garrisons of cities, mayors and governors.

With this approach, it will be possible to complete the liberation of Central Ukraine without large-scale hostilities, which are uncontested in the Donbass.
Reporterin Yandex News
Reporterin Yandex Zen
25 comments
Information
Dear reader, to leave comments on the publication, you must sign in.