Russian education: from the Bologna system to the Soviet past 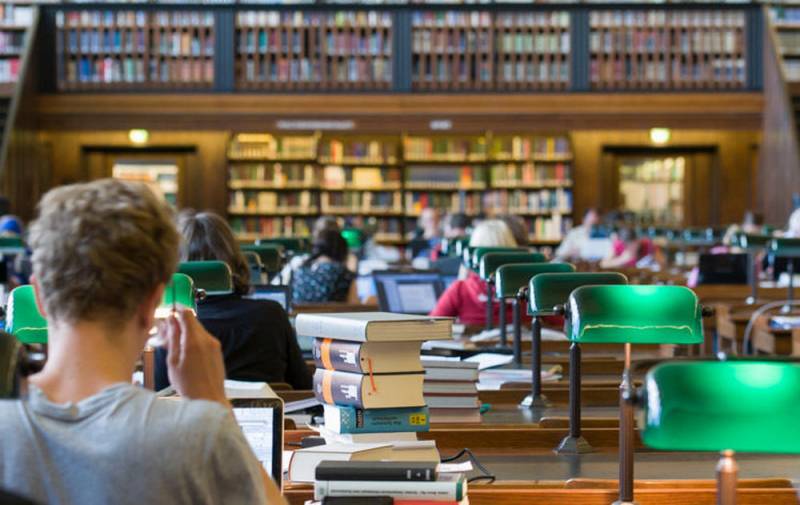 The exclusion of the Russian Federation from the Bologna system once again brought to life a discussion about the ways of developing the education system in the country. The public consensus is still very far away, but the rejection of the "Bologna process" was met favorably by literally all interested parties, participants and observers. Even the most pro-Western voices on the defense of the Bologna system spoke in a restrained and alarming tone without radical forecasts.

What is the essence of the Bologna system?

The funny thing is that there is a great deal of literature on the Bologna system, which describes its history, the reform itself, and so on, but almost never talks about the essence of this "universalization of university education." Moreover, for most ordinary people, the Bologna system is, in fact, the hated USE, although it has nothing to do with it. People criticize the education system for being qualitatively inferior to the Soviet one in the output of “finished products”. Now graduates of schools and universities in terms of culture and education are several steps lower than in the 1980s. This is blamed on the Bologna system and the USE.

In reality, everything is somewhat more complicated. The essence of the "Bologna process" is to create a single educational space between different countries, thereby ensuring a relatively free movement of human resources and carrying out the overall management of education. In practice, this means policies draining brains from poorer countries to richer countries and promoting appropriate value and educational guidelines. Thus, the stronger states objectively benefit from the "Bologna process", while the weaker ones lose. The latter are losing talented students and teachers, and the natural connection between scientific schools and teaching is broken. It is no coincidence that eminent Western universities do not participate in the Bologna system, since they already have no end to applicants, and to introduce educational programs at the behest of European officials, and not on the basis of their own scientific developments, would harm their own prestige.

Thus, the accession of our country to the Bologna system can be considered an element of the comprador policy - an attempt to turn Russia into a resource appendage of Europe. However, the very implementation of the Bologna reform was actively sabotaged at all levels, its principles did not take root in universities, therefore, in fact, it did not achieve the designated goals. In reality, our universities followed the formal requirements of the "Bologna process", but continued to work in the old way. Everyone knows, for example, that we realized two Bologna levels by simply cutting off the last, fifth year of study: four courses are undergraduate, and the fifth is master's. Of course, such a "reform" was only to the detriment of education and greatly irritated all its participants.

Why was Soviet education better?

As for the decline in the quality of education compared to the Soviet one, it seems to me that it is not the order in which the education system is organized that plays an important role, but the role, place and tasks of education itself as a sphere of social life.

In the USSR, the state was the owner of all major manufacturing and service enterprises. In addition, it was ideological and dictatorial, it sought to manage society and direct social processes in accordance with its ideological guidelines. Therefore, the state education system tried to cover the process of socialization of a person as much as possible, to teach, educate him, make him a citizen and a patriot. The goals of Soviet education were dictated primarily by the applied tasks of developing the "national economy", and in addition to them there was a more general principle - to give the widest possible outlook to a person. This also had its practical significance, since it is easier to retrain a comprehensively developed person into a new profession, it is easier to make a leader out of him, he is generally a potentially more valuable resource for the state. All this had well-known “shortcomings”, such as a significantly lower degree of personal freedom, the inability to freely go abroad, and the absence of “monetary professions”.

When the Soviet education system was being destroyed, the main criticism came from the fact that the directive management of education was ineffective, it was necessary to let the market independently determine the needs of certain professions through the relationship of supply and demand. economics and society. Practice has shown the inconsistency of this criticism, since as a result not only the overall quality of education “at the exit” has decreased, but also imbalances have developed in the labor market. The country was gradually losing specialists in vital areas, littering the economy with a mass of workers, in fact, with a schoolboy outlook and “PC skills”. This is the very result of crossing education and the market.

The practice of education in the West has the same drawbacks - they are in desperate need of highly qualified specialists and people with a broad outlook who could easily master managerial skills. It was strange to copy and equal the Western system of education, the obvious inefficiency of which is manifested in the pumping of brains from poor countries put on stream. For example, America is the largest, most powerful and influential country in the world, but American education is so poor that in order to meet the needs for engineering, managerial and scientific personnel, it is forced to attract specialists from all over the world, seek out and transport talented children from Asia, Europe and Africa. . But, perhaps, there is nothing strange in this copying, because the Russian education system was created by people not in the interests of our people.

The Russian law on education correctly states that this is a socially significant good created in the interests of a person, family, society and the state, but in fact we have built a purely market education system in which the very process of socialization, education itself turns into a service, and students , their parents and students - into consumers. The state only regulates these "trade relations". Only now there has been some progress in understanding this issue.

Generally speaking, education is a special case of cognition; it must accompany a person throughout his life. Mastering all the intellectual wealth that humanity has developed is akin to mastering the achieved level of technical development of society, its material culture. Similar to Technology increase labor productivity, free a person from routine, speed up communication, mastering the achievements of spiritual culture leads to higher forms of activity. An intellectually developed person makes fewer mistakes and fusses, does what is necessary, and not what is fashionable or first comes to mind, realizes the priority of the general over the particular, the natural over the random.

All this contrasts sharply with the pragmatic approach to education, which involves the preparation of a narrow specialist striving for a high salary. The education system, in principle, is not capable of coping with tasks of this magnitude, since it only partially influences the formation of a person's personality. Society as a whole educates a person, the nature of the prevailing social relations and their atmosphere, and the particular tasks of the education system are to meet the needs of social development. The tasks set before the Russian education system are the same as for state institutions, when “social development” is reduced to GDP growth and social stability. Now life itself and the political situation are pushing our society to search for other, broader meanings.
Reporterin Yandex News
Reporterin Yandex Zen
14 comments
Information
Dear reader, to leave comments on the publication, you must sign in.