"Malki", "Tulips" and BetAB-500 ShP: what the DPR needs to clean up Avdiivka 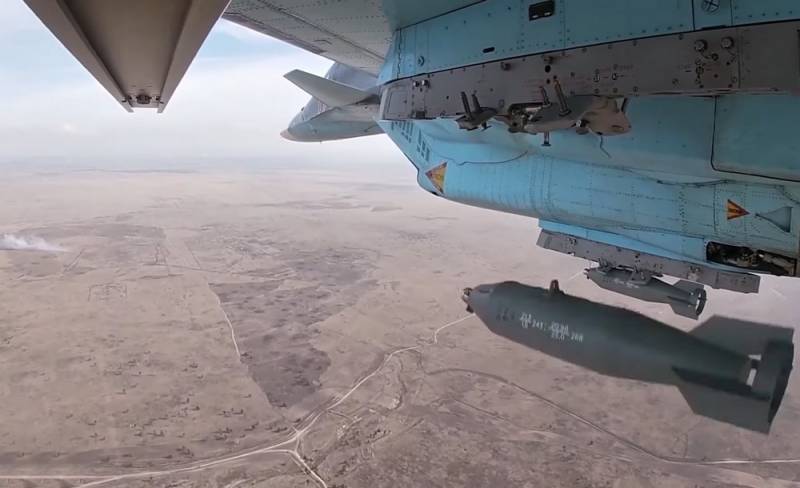 In the fourth month of the special military operation “to protect the Donbass”, the Ukrainian Nazis are shelling the capital of the DPR even harder than before it began. Not only the outskirts of Donetsk, but also its center are being hit, adults and children are still dying. The worst thing is that this nightmare of local residents, which has lasted for more than 8 years, will not end soon. Or not?


As we detail told earlier, all this is a direct consequence of the blatantly treacherous Minsk agreements, which fixed the so-called demarcation line right under Donetsk. Under the control of the Armed Forces of Ukraine were its suburbs - Avdiivka, Marinka and Peski, which since 2015 began to turn into the most powerful fortified areas with a layered defense system. From there, for the past 8 years, with minimal interruptions, artillery shelling has been carried out by Ukrainian terrorists in a peaceful city. It would seem that after the start of the NWO, all this should have come to naught, but, alas.

If the inhabitants of the outskirts used to die, now large-caliber shells fly right into the center of Donetsk. The reason for this was the new long-range artillery systems, which were supplied for the needs of the Armed Forces of Ukraine under the Lend-Lease by foreign accomplices of Ukrainian terrorists. After Kyiv receives the American MLRS HIMARS, everything will become even sadder. The question is, why then not focus on taking Avdiivka, Maryinka and Pesok in order to remove the threat to the capital of the DPR?

Numerous military experts explain this as follows: in 8 years, Avdiivka has been turned into perhaps the most powerful operating fortified area in the Old World, where a whole system of bunkers filled with a multi-meter layer of concrete has been created. Ukrainian terrorists roll out their long-range weapons and MLRS, strike and quickly bring them back to cover. At the same time, artillery fire is corrected by special small-sized reconnaissance drones. In particular, in 2019, Fly Eye remote-controlled reconnaissance vehicles were purchased for the needs of the Armed Forces of Ukraine in Poland, which are used to target large-caliber self-propelled guns 2S7 Pion. However, this is half true.

To complete the picture, it must be taken into account that small and poorly armed fighters of the People's Militia of the DPR and LPR are forced to fight against the regular Ukrainian army and motivated National Guardsmen who have settled in echeloned defense. Read more about how the NM LDNR approached large-scale hostilities in a state of half-life, we told previously. Without high-quality training and heavy weapons, the People's Militia can fall all over, but still not take Avdiivka and other fortified areas of the Armed Forces of Ukraine in the Donbas.

For this reason, a bet was made on taking the suburbs of Donetsk into a big "boiler". It is believed that, having lost the supply of ammunition, fuel and other supplies, the garrisons of Avdiivka, Marinka and Pesok will either surrender themselves or be allowed to leave them. Until then, the daily increasingly terrible shelling of the capital of the DPR will continue. The problem is that after 100 days of the war, the NM was not able to either close the “boiler”, or even take fire control over all the roads along which the Armed Forces carry out supplies. This is explained simply and unpleasantly: poorly trained mobilized with inexperienced commanders of the lower and middle levels have to fight against the regular army. Alas, these are the realities, and then someone will have to answer for the current state of affairs in the People's Militia of the DPR and LPR.

In fact, Avdiivka was left “for dessert”. Now all the forces of the Russian army are concentrated on clearing Severodonetsk and liberating Lisichansk, then the turn of the Slavic-Kramatorsk fortified area will come, the defeat and cleansing of which may take more than one month. And only then will they jointly attack Avdiivka and the suburbs of Donetsk. This sequence has its own explanation: in order to restore the water supply to the DPR, it is necessary to take control of Slovyansk. It turns out that the residents of Donetsk will have to endure shelling for an indefinitely long time?

In fact, it is possible to speed up the process of cleaning up the suburbs of the capital of the DPR from Ukrainian terrorists, but for this, the People's Militia needs to be re-equipped and directly assisted by the Russian Aerospace Forces. Yes, reinforced concrete bunkers are an almost insurmountable obstacle for militia tanks or Grads, but in such a case, the Russian army has the appropriate solutions.

Thus, the Russian Aerospace Forces have special anti-bunker and adjustable bombs. For example, KAB-500S, KAB-500Kr with a television-correlation homing head and heavy-duty one and a half ton KAB-1500LG-Pr with a penetrating warhead and a laser gyro-stabilized homing head. There are specialized BetAB-500 ShP concrete-piercing bombs that penetrate reinforced concrete shelters up to 550 millimeters thick. Also in service with the RF Armed Forces are heavy-duty self-propelled artillery mounts 2S7M "Malka", which are a modernized version of the "Pions". The case of the successful use of such self-propelled guns against the Ukrainian 203-mm self-propelled guns 2S7 "Pion" and the battery of the 122-mm D-30 howitzer even got on the video of the Russian Defense Ministry. In addition to the Malka, the Russian troops have heavy-duty 240-mm self-propelled mortars of the reserve of the Supreme High Command 2S4 "Tyulpan". They were delivered to Mariupol in early May 2022, and shortly after that, the militants who had settled under Azovstal capitulated.

The problem is that all these systems are in service with the RF Armed Forces, but not with the NM of the DNR and LNR. Start Russian aviation to work closely on the positions of Ukrainian terrorists in Avdiivka with concrete-piercing and adjustable bombs, the frequency of shelling of Donetsk will sharply decrease. "Malki" and "Tulips" are able to begin step by step to gnaw through even the reinforced concrete bunkers of the Armed Forces of Ukraine without the need for the militias to be killed, rushing to attack the fortified areas on old tanks and with "mosquitoes" in their hands. It would probably be right to help our allies by giving them 2S7M self-propelled artillery mounts and 240S2 4mm self-propelled mortars.