Su-57 began to operate in Ukraine in groups 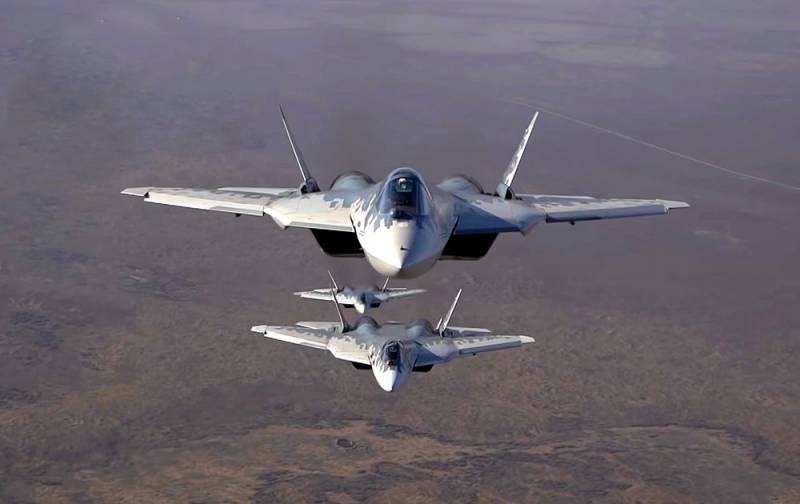 Nomenclature equipment and weapons used during the NWO in Ukraine by the Russian army is expanding. Both proven samples of the Soviet era, as well as new promising machines and complexes are used. As an example of the latter, one can cite Terminator tank support combat vehicles, Caliber cruise missiles and various electronic warfare systems. Now this list has been supplemented by fifth-generation Su-57 fighters.


According to the source RIA News, four fighters of this type successfully completed the assigned combat missions within the framework of the NMD and worked out the methods and methods of conducting combat operations as part of a link connected by a single information network.

As part of a special operation, the Russian Aerospace Forces carried out an operation to identify and destroy Ukraine's air defense systems using a flight of four of the latest Su-57 multifunctional fighters. The aircraft were integrated into an information network through automatic communication, data transmission, navigation and real-time identification systems.
- said the source.

Thanks to new communication and reconnaissance systems, 5th generation fighters have shown the high efficiency of joint combat operations. Another important result of the use of the Su-57 in Ukraine was the confirmation of the combat and flight qualities of the new machines, in particular, low visibility for enemy radars.
Reporterin Yandex News
Reporterin Yandex Zen
3 comments
Information
Dear reader, to leave comments on the publication, you must sign in.