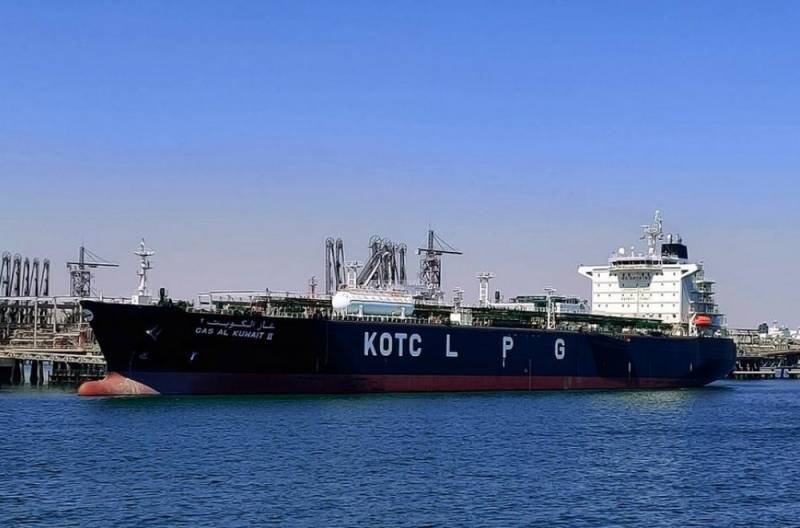 Washington can breathe a sigh of relief - the administration of President Joe Biden in the near future will not need to be torn apart and look for LNG suppliers for Europe, as well as to force their own shale producers to increase production. Despite the need for gas, the EU began to sharply reduce imports of LNG.


LNG supplies began to decline after it became clear that demand was inflated by the hype due to a possible halt in Russian gas imports amid sanctions. However, these predictions did not come true. Therefore, in the end, Europe literally “went through” with expensive American gas, taking raw materials with a surplus and at an incredibly high price, both in economic and political terms. According to Gas Infrastructure Europe, the flow of processed liquefied gas in the GTS of the EU countries has dropped from 345 million cubic meters per day to 330 million cubic meters. The consumption of any product resulting from the use of expensive raw materials is also reduced. Under the guise of “optimization”, a decrease in electricity consumption is actually masked. The reason is the rise in production costs.

The only "benefit" from the May hype was the rapid filling of European UGS facilities with super-expensive raw materials. Gas was sent to storage because the demand for it was due to the price in the real sector economics seriously decreased. The surplus was sent to storage. As a result, by the beginning of June, underground storage facilities in Europe are at a record 50% occupancy level (52 billion cubic meters). For comparison: in the last relatively prosperous year, the UGS filling level did not exceed 41% for the corresponding period.

The reverse, negative side of the "record" manifested itself in the consequences for the EU economy. To date, due to the rise in the cost of raw materials, which is the basis for the production of the entire range of goods and industry, the cost of electricity has increased by 110%, and the price of fuel - by 250%. At the same time, obviously, such indicators are not typical for the summer season, when demand falls and the price of gas should have declined.

Within a few months of Washington's "help" to Europe in overcoming the energy crisis, the EU countries felt the most incredible consequences of this obsessive care. The forecast for the development of the situation, of course, is negative, since as the heating season approaches and the maximum extraction of expensive gas from underground storage facilities begins, the economic crisis will only worsen, and prices will rise.
Reporterin Yandex News
Reporterin Yandex Zen
2 comments
Information
Dear reader, to leave comments on the publication, you must sign in.