A funnel of 40 meters and a "lunar landscape": the results of stubborn battles near Izyum 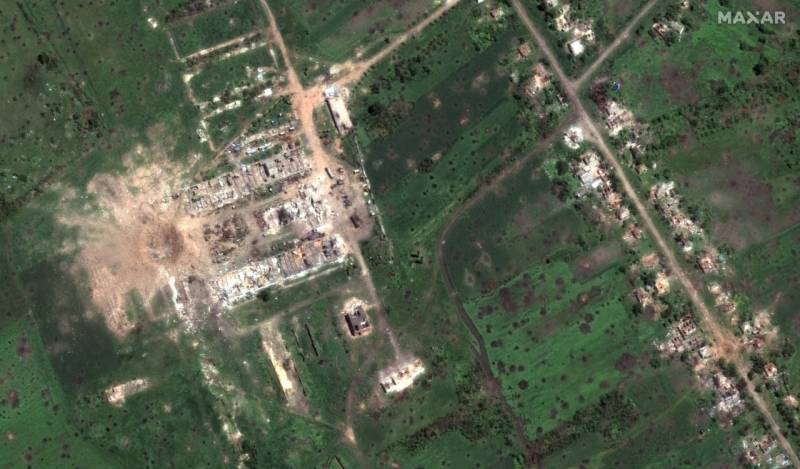 The American company Maxar Technologies Inc., engaged in space technology and specializing in the production of communications satellites, Earth observation, radar and in-orbit services, satellite products and related services, published fresh photos from the hard-fought zone in Ukraine. Satellites have recorded how settlements are being destroyed, and fields are beginning to resemble lunar landscapes with many craters.


The first picture (placed at the beginning of the article) shows a huge crater, about 40 meters in diameter, in the village of Dolgenkoye, Izyumsky district, Kharkiv region. This is probably the result of a hit by ammunition from the Iskander family of OTRKs. What was in this place is unknown. The fighting for this village, which actually no longer exists, lasts two months.

The second image shows the condition of the fields and forest belts northwest of the city of Slovyansk in the Donetsk region. They are literally dotted with shell craters - a spitting image of a lunar landscape. Local combine operators with undisguised shudders are waiting for the harvest season, and one can only sympathize with them. 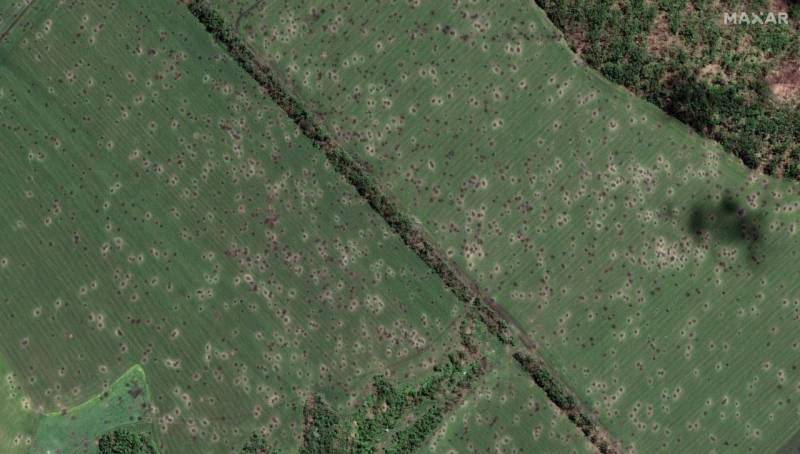 The third image shows the position of the MLRS in a field near the city of Severodonetsk in the Luhansk region. 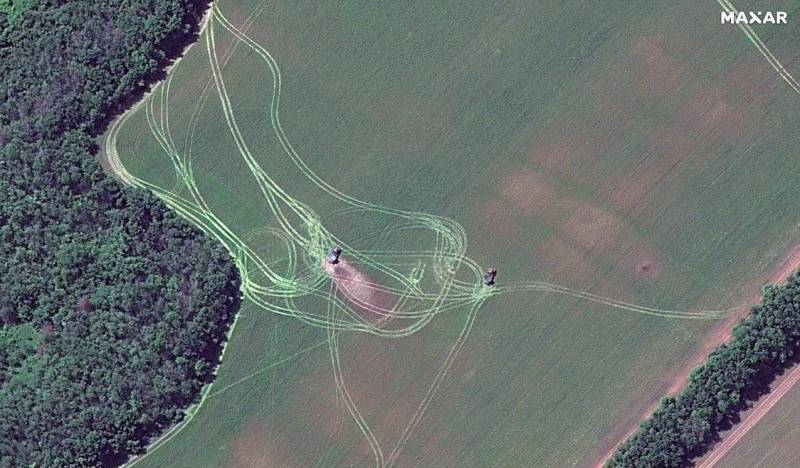 The fourth shot captured the moment of explosions of artillery shells near the town of Dolyna in the Slavyansky district of the Donetsk region. 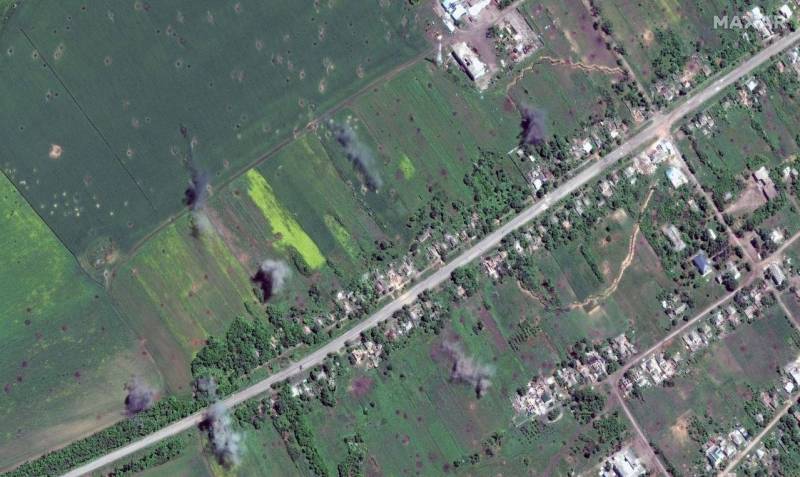 The fifth photo shows the explosions of artillery shells near the Seversky Donets River and the village of Bogorodichnoye, Dolinsky village council, Slavyansky district, Donetsk region. 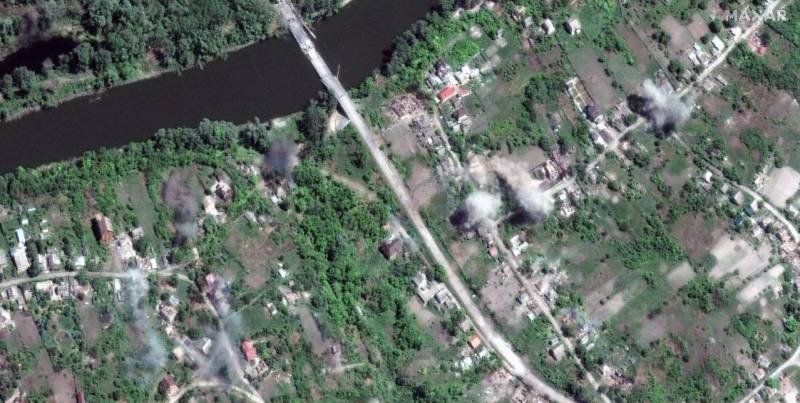