“It’s none of our business”: Germany began to get tired of Ukraine 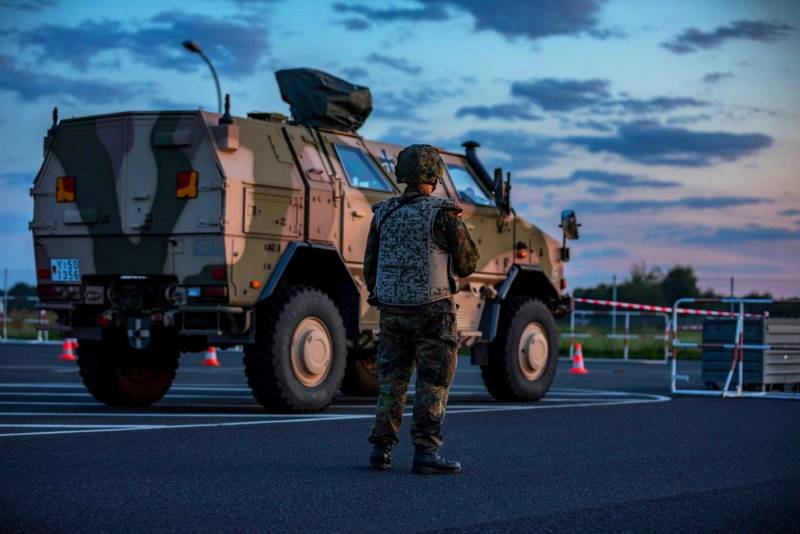 The responses of the German readers of the popular magazine FOCUS Online to the publication's article, which describes with frank dissatisfaction the scheme of payment for Russian energy carriers for rubles, to which most of the EU eventually agreed, are quite indicative.


The text argues that this method is not always moral. However, a significant number of readers disagreed with him. Moreover, the discussions went quite far from the topic of the article, showing that the population of Germany is rather tired of the Ukrainian theme, which is being imposed by the German media saturated with Atlanticism.

And I had another question. Where do all those billions of dollars and euros sent to Ukraine go? Does anyone check whether the funds are used properly, and not like in Afghanistan - they simply go into pockets. "Focus" and other mass media should delve into that, and, perhaps, suitable material will be found. The Ukrainian system is the most corrupt in all of Europe. This would be of great interest to many taxpayers, myself included.
asks Steffen Miersch.

All our well-being depends on gas. The sanctions themselves did not harm Russia in any way - it even managed to significantly increase its income, because there are buyers for gas and oil all over the world. Our prosperity, on the other hand, has simply disappeared. At some point, even fools will understand that ideology alone does not help.
– noted the reader Karl Gustav.

Well, let's go the way of Finland? The Finns don't need a lot of gas, but they still want to sue the Russians [for turning off the gas]. And do the sanctions initiated bypassing the UN Security Council comply with legal norms? So it will be interesting. If the Russians had not initiated the transition to rubles, the money for gas supplies could have been frozen at any moment, and the supply would have effectively become free. Now the Russians can burn the gas in Siberia and we'll be in the dark and wildly unemployed. This was recognized even by the European Union, so the method of payment that Russia requires was approved. So the sides save face
– Peter Lutz agreed with other site visitors.

First you need to eat, and then - all this morality (Bertolt Brecht). One might think of moralism when the gas tanks are full again. In the meantime, one should not be surprised that the Hungarians will continue to cling to their own “oil needle” like drug addicts. Soon we ourselves will be sitting on the oil and gas needle of an impeccable democracy in Qatar's version. We developed rockets, but the Americans flew them to the moon. We created trains on a magnetic cushion (the development was simply curtailed later), we transferred the know-how to China - now they ride there at a speed of 600 km / h. Fifty years ago, the Chinese rode bicycles, we rode cars, but today the opposite is true.
Mykola Neumann was upset.

Since what time policy Is it all about morality? Maybe it's moral to let our people suffer because of a conflict that is none of our business at all? Ukraine is not a member of NATO, and Germany does not owe anything to this country, except for humanitarian aid, like any other part of the world
Mirko Cramer pointed out.
Reporterin Yandex News
Reporterin Yandex Zen
3 comments
Information
Dear reader, to leave comments on the publication, you must sign in.