Why the idea of ​​submarine aircraft carriers is experiencing a renaissance 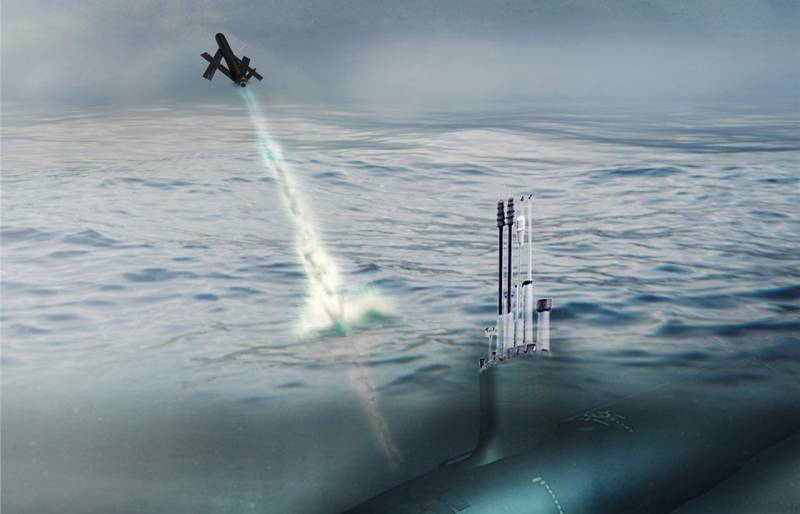 The concept of an aircraft-carrying navy, put into practice and successfully tested by the Anglo-Saxons and their accomplices, causes a rather strange reaction in our country. The height of "wit", for example, is considered by some of its opponents to be a proposal to build an underwater aircraft carrier, which will unexpectedly pop up somewhere, launch aircraft and carry out air strikes. In their aggressive ignorance, these people do not even realize how close they are to the grain of reason.


The idea of ​​a submarine carrier fleet, oddly enough, is experiencing a renaissance today, which we will discuss in more detail later. But first, it is worth remembering what concepts existed earlier and what has already been done in reality in this direction.

Japan, Great Britain, France and the USSR worked on the creation of submarine aircraft carriers. The British, French and Japanese equipped them with light seaplanes, and in our country it was supposed to create an ultralight reconnaissance helicopter Ka-56 Osa, which would fit in a shipping container and could be assembled by one person in just 15 minutes. This curious project did not take place due to the underdevelopment of the rotary piston engine. But the Land of the Rising Sun has advanced furthest in the development of the submarine aircraft carrier fleet. This is due to its geographical location and the need to be able to launch air strikes on the territory of the United States during World War II.

For this, a series of submarines of the I-400 type (jap. 伊四〇〇型潜水艦), also known as the Sentoku or Sto type, was developed and built. Before the advent of nuclear submarines, they were the largest diesel-electric submarines in the world. In Tokyo, they planned to build 18 submarines of this type, but then the series was reduced to 9. In fact, only 3 were put into operation. The Sentoku submarines were created in order to be able to fight not only in the Pacific Ocean, but also to hit the enemy "far by hand." Their sheer size and custom design allowed them to travel 40 nautical miles (000 kilometers) and carry three Aichi M74A Seiran seaplane bombers, as well as a fourth disassembled one. The launch of the aircraft was carried out using a catapult and starting rails. Their armament - one 000-kilogram torpedo or 6-kilogram bomb - may seem rather modest. It would seem, what is the point of fencing this whole garden in order to drop a couple of air bombs on the territory of the United States?

However, the then Japanese militarists were not like today. In the 1930s, under the leadership of General Shiro Ishii, the infamous "Squad 731" was created, which was engaged in the development of biological weapons based on the plague. As carriers, it was supposed to use ordinary fleas that would infect rats, and those, in turn, people. Plague fleas were kept in special Uji-50 ceramic bombs, which the Japanese, in all seriousness, were going to use during the fighting. In the Pacific in March 1942, they failed only because the Americans themselves surrendered the Bataan Peninsula. The next target for the plague attack was to be the city of San Diego in California, the date was set for September 22, 1945. However, it did not take place only because of the surrender of Japan.

So, the Japanese submarine aircraft carrier I-400 was supposed to carry out this secret mission. It would seem that one submarine, three light aircraft and 150 million plague fleas in ceramic bombs, but how much trouble they could do! The Americans were very lucky that the enemy's plans did not come true and all these submarines fell into their hands. The only relatively successful raid on the United States was in September 1942 by a Japanese Yokosuka E14Y delivered by a Type B25 I-1 boat. He dropped two 76-pound firebombs on a forested area in Oregon, hoping to start a large-scale fire, but the effect was more media.

But why are there any submarine aircraft carriers today, when there are silo- and sea-based intercontinental ballistic missiles, there is strategic long-range aviation, and, after all, there are AUGs with their full-fledged aircraft carriers? What gives us reason to talk about the renaissance of this old and seemingly dead-end concept?

This idea received a new life with the development of unmanned aerial vehicles. of technologies. The actual combat operations of the last decades have shown that it becomes very difficult to fight without drones. We need drones for reconnaissance and target designation, for delivering air strikes, including as “kamikaze”. At the same time, drones can be both aviation and surface, and underwater. And the submarine is a very promising carrier for them.

So, in the United States, a small-sized Blackwing UAV has been developed for submarines. These drones have a flight range of 50 kilometers and are equipped with reconnaissance equipment capable of providing data for target designation over a secure channel. Drones are released from a submerged position in special containers and significantly expand the capabilities of American nuclear submarines in terms of covert reconnaissance. Also recently it became known that a consortium of two Indian defense companies began work in the same direction:

Research for the project starts immediately. The main goal is to develop a submarine-based UAV for the Indian Navy and for the global market.
The concept of underwater drones is rapidly gaining popularity. As technology develops, the capabilities of submarines as carriers of aircraft and underwater unmanned vehicles will only increase. I would like Russia to keep up with this new global trend.
Reporterin Yandex News
Reporterin Yandex Zen
3 comments
Information
Dear reader, to leave comments on the publication, you must sign in.