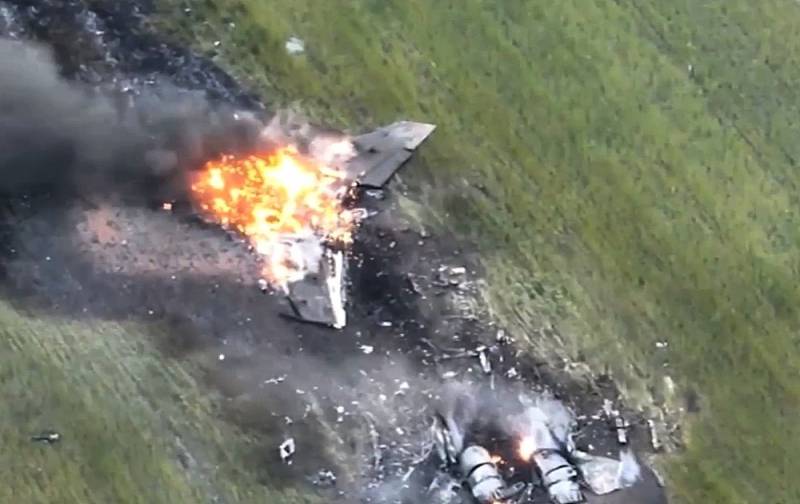 On Monday, June 6, Russian troops destroyed a MiG-29 multipurpose fighter jet belonging to the Ukrainian Air Force in the skies over Slavyansk.


A video showing the launch of a Russian rocket and the wreckage of a burning plane has been posted on social media.

Russian air defense systems shot down a MiG-29 aircraft of the Ukrainian Air Force near the village of Slavyansk in the Donetsk People's Republic
– stated in the press release of the Ministry of Defense of the Russian Federation.


Along with this, according to the official information of the Russian defense department dated June 6, the Russian Armed Forces destroyed 13 UAVs of the Armed Forces of Ukraine in the territory of the DPR, LPR, Zaporozhye and Kharkiv regions.

In addition, the operational-tactical and army aviation of the Russian Federation successfully attacked the American AN / TPQ-50 counter-battery radar near Seversk, and also hit many other military targets and objects.

In total, since the beginning of the special operation, Russian units have destroyed: 190 aircraft, 129 helicopters, 1127 UAVs, 330 air defense systems, 3424 tanks and other armored vehicles, 473 MLRS systems, 1795 artillery pieces and mortars, as well as 3446 units of special military vehicles.
Reporterin Yandex News
Reporterin Yandex Zen
3 comments
Information
Dear reader, to leave comments on the publication, you must sign in.